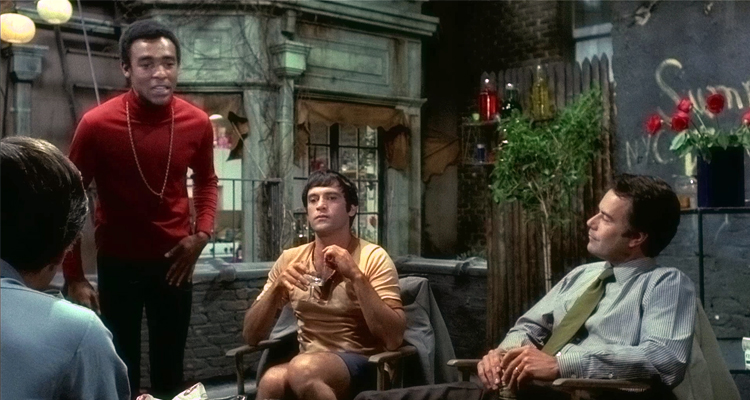 Arts at a Glance: February 14-March 7

Based on Alison Bechdel’s bestselling graphic memoir of the same name, the LGBTQ-themed “Fun Home” took Broadway by storm and cemented itself as one of the landmark musicals of our time. Alison dives into her past to trace the sequence of childhood events that made her the adult she is today. In doing so, she initiates a journey of reconciliation with her late father, whose mercurial and secretive personality kept the two apart at the precise moments they should have been closest.

Inspired by the real letters between Mary Woolley and Jeannette Marks spanning from 1899 to 1937, the fast-paced comedy “Bull in a China Shop” asks: What is revolution? What does it mean to be at odds with the world? How do we fulfill our potential? And how the hell do we grow old together?

Set in the not-too-distant future in Seoul, Korea, “Maybe Happy Ending” follows two obsolete helper-bots who are living an isolated existence in a robots-only housing complex on the edge of the city. Oliver is waiting for his former-owner to come looking for him, and Claire is just … waiting. When the two discover each other across the hall, they have a surprising connection that challenges what they believe is possible for themselves, relationships, and love. This award-winning musical imagines a magical and bittersweet reawakening to the things that make us human.

The PFLAG support group for parents and families of LGBTQ children meets today from 2:30 – 4pm

Trans and Friends is a youth-focused group for trans people, people questioning their own gender and aspiring allies, providing a facilitated space to discuss gender, relevant resources and activism around social issues.

Wussy Mag, Out On Film and Plaza Atlanta present “Queers on Film,” – a monthly series of LGBTQ+ arthouse and independent classics. Tonight’s film is the classic 1970 William Friedkin drama, “The Boys in the Band.” “The Boys in the Band” is based off an off-Broadway play and often lauded as one of the first major American film releases featuring gay characters. In 2018, the play was revived on Broadway and will soon be adapted for Netflix by Ryan Murphy. The event will feature a post-film discussion with Jim Farmer from Out On Film.

Celebrate the lives and legacies of two of our most beloved literary ancestors with this evening of selected readings by Audre Lorde and Toni Morrison and bring your own favorite passages to share.

Join the Black Lesbian Archives at Charis Books for the Grassroots Tour Stop. The BLA was created to build community, educate and preserve our culture. For this tour, stop come through to the Grassroots Zine Making Creatives Incubator. Come learn more about the BLA tour and create your own zine. Materials will be provided but feel free to bring whatever you would like. This event is free and open to the public.

The Race Conscious Parenting Collective is designed to support the ongoing development of white parents and educators of white, multiracial children, and children of color, who are seeking to unlearn and dismantle white supremacy within their families, schools, neighborhoods and faith communities. Parents and educators of color are welcome to attend and participate if desired. However, the aim of this group is for white parents to develop tools and skills to teach themselves and their children how to fight systemic racism.

Bi+ Georgia and Out Front Theatre Company, Atlanta Pride Committee, Southern Fried Queer Pride, and The Counter Narrative Project invite you to “In Vibrant Color: Celebrating Queer Black Cinema” which will include a screening of the 2015 HBO Film “Bessie” about Bessie Smith, the openly bisexual Empress of The Blues. A post-film discussion panel will feature Ashleigh Atwell, Craig Hardesty, Khafre Abi and Leo Hollen moderated by Taylor Alxndr.

The ATL LGBTQ+ Book Club is a group for Atlanta’s LGBTQ+ folks and allies to read queer-themed books and books by queer authors. The goal is to have diverse thought-provoking discussions about queer identity, history, and topical issues. Participants meet and often go to lunch after. February’s book is “Juliet Takes a Breath” by Gabby Rivera.