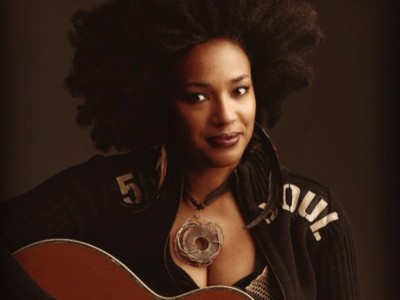 For the last 20 years, Doria Roberts has been singing, feeding and serving in the Atlanta community. Not only is she an accomplished vocalist, she also co-owns three Atlanta eateries with her wife, chef Calavino Donati. Her annual birthday show has become a mainstay in Atlanta musical circles and with her upcoming show at City Winery on August 7, this year is no different. We caught up with her to talk about her musical career, her advocacy work and her work feeding the ATL.

You are really well known in the Atlanta community. One of the things that has become a tradition is your annual birthday party show. How did that get started?

Doria: I used to be on the road for 10 months out of the year. I tried to always have my Atlanta show around my birthday so I could play and celebrate with my friends. It was one of the ways that I could have a little bit of a social life. It sort of became a fun idea that I did year after year and it became a tradition.

This year, it will be at City Winery at Ponce City Market.

Yes, I wanted to acknowledge the Old Fourth Ward neighborhood and all of its wonderful development. We do a lot of food justice work through Urban Cannibals and we are hoping to announce our beneficiary for the show very soon. I’m very passionate about the unbelievable amount of food waste, the use of unsustainable ingredients and the lack of access poor people have to fresh, organic foods. The show will also include my band, the Blackeyed Susans.

What a great idea to use shows to raise funds for charities!

I started doing that about two years ago. Fans would show up at my birthday shows with these little gifts that were so sweet. But I thought, “What if they took that $10 or $20 that they spent and put it towards this much needed thing.”

It also made me feel better about not being able to actually volunteer in person. I was either on the road so much or working at our restaurants all of the time—I couldn’t always be a physical presence. Asking my fans to mobilize for a cause and seeing them rally was much more meaningful to me than receiving a gift.

You’re not a native Atlantan. How did you wind up here?

I actually came to be my cousin’s birth partner. The baby came early and I was still here and went to Eddie’s Attic’s open mic night. This was 20 years ago but even back then, Eddie’s Attic had a reputation outside of Georgia for being “the” place to play. I won that night and went back 2 weeks later to compete with all of the other winners in the semi-annual “shootout” and I wound up winning that. The prize was a thousand dollars and I used the money to move here.

I was 24 and it was a huge boost for me. I immediately found community. I was also kind of intrigued by the cultural tension. It was around the Atlanta Olympics bombings in the park and at the women’s clinic. There was less acceptance for anything LGBT. It felt important to be a part of working to change things. My mom was scared for me and wanted me to come home. She knew I was political, vocal, young and hard-headed. It scared her but it was right for me.

You and your wife feed Atlanta, too. Tell me about that.

We own a restaurant group called We Feed People. We met shortly after I got here – I was moving into the apartment that she was moving out of. She still had the key so she showed it to me. Years later, we wound up living across the street from each other and wound up spending time together. Then, we realized that we made a great team and we opened Urban Cannibals together.

It was just a little sandwich shop to get us up and running. But then, Food Network called and we started really taking off. I made the conscious decision to take a touring hiatus until we could hire other people to run it. It just never got to that point. We opened a bigger Urban Cannibals, then two more spaces came open. She’s at Madre + Mason and I’m running the Tipple + Rose Tea Room in Virginia Highlands.

Do you see yourself more as a musician or a restaurateur?

I am squarely both. I really try. When you get older, you have to make some really tough decisions. I’ve learned a lot from my wife about that. I love the fact that I have these two things that I can do and am doing well.