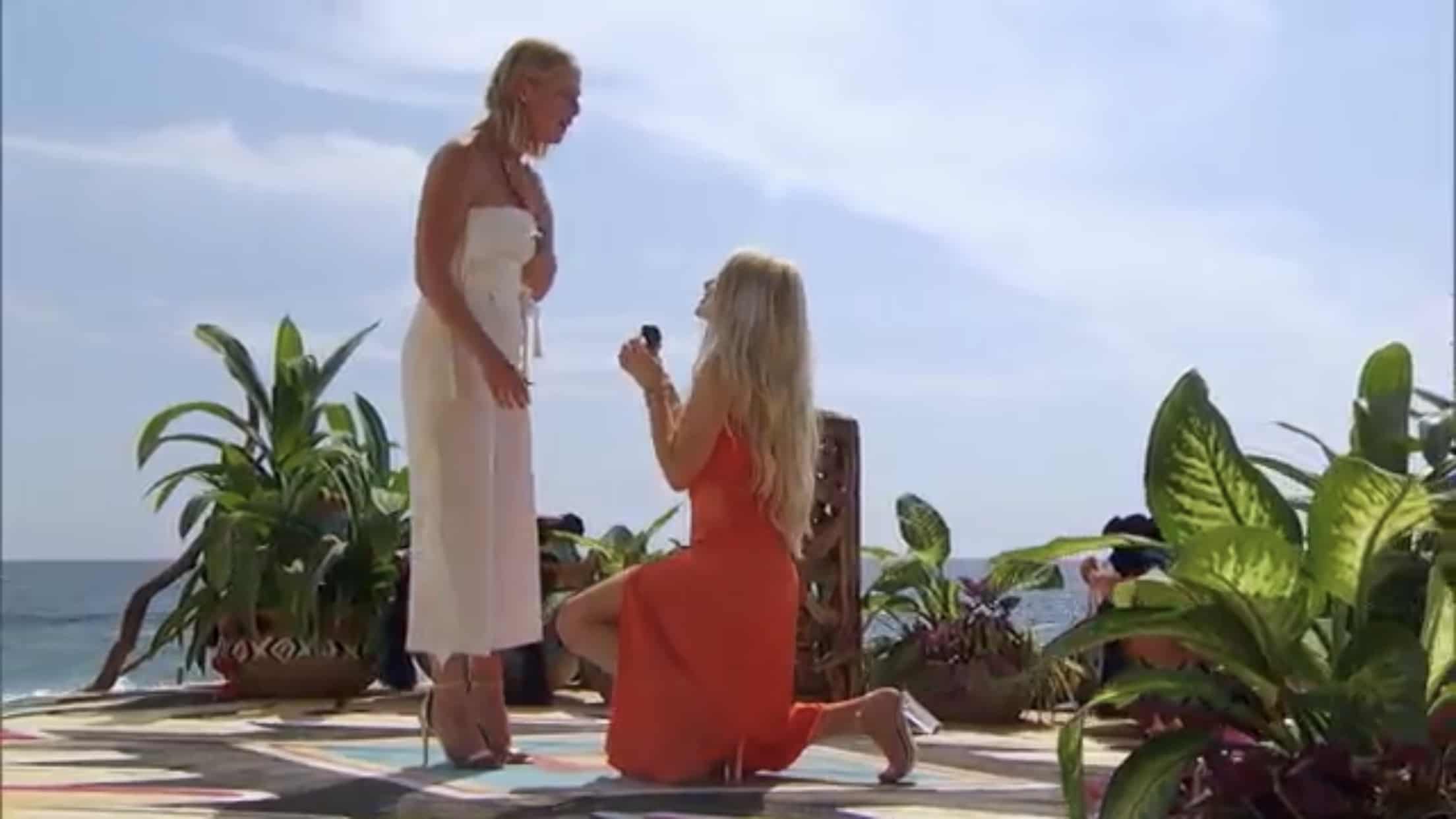 The finale of season six of reality dating show Bachelor in Paradise made franchise history as it featured the first same-sex engagement, reported the Hollywood Reporter.

Demi Burnett and Kristian Haggerty, the first queer couple to appear in the long-running franchise, closed out the season with an engagement.

“Demi, you changed my life forever,” Haggerty said during the proposal. “I think back to the first time we kissed, and it felt like the whole world had stopped… I’m in love with you and I give you my full heart. I promise to protect yours, now and forever.”

The two had some struggles throughout the show; Burnett came to the show but couldn’t focus on the other contestants because she left her romance with Haggerty back at home. The producers reacted by flying Haggerty out to Mexico, where the show takes place, so the two could reconnect.

“I never knew that someone could be that patient,” she said. “There were a lot of things that came between us, mostly myself and my own struggles. Like you said, I came here to find myself. But I found myself in you… I’m so in love with you and I didn’t even think it was possible to feel this way about someone.”

Burnett then got down on one knee to ask Haggerty to be her wife.

After the engagement, Burnett told the Hollywood Reporter that she knew the representation her engagement held, but that it wasn’t a factor in the decision to get married.

“I know it’s a big deal that it was the first same-sex [engagement] on the franchise in the U.S., but we weren’t thinking of the significance of that at the time,” she said. “It was just about us loving each other and that’s really what the focus was.”

GLAAD President and CEO Sarah Kate Ellis applauded the show for the inclusivity.

“Demi Burnett and Kristian Haggerty have shown audiences that LGBTQ couples go through many of the same romantic joys, trials and tribulations on the road to finding love,” she said. “Seeing two women get engaged on Bachelor in Paradise is a groundbreaking step forward towards including LGBTQ couples across reality television. Reality TV is finally moving towards storylines the LGBTQ audiences and allies have been craving for quite some time.”