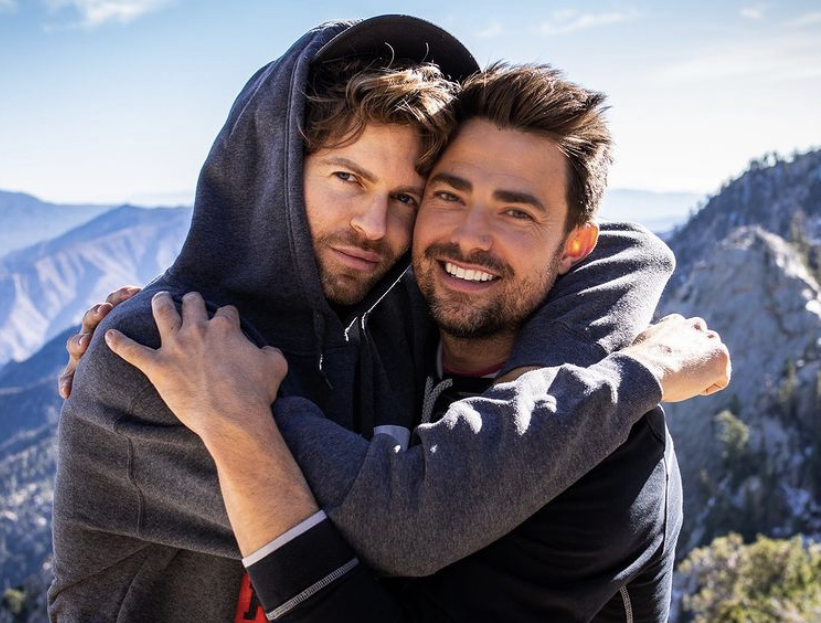 In an interview with People, the couple revealed that Vaughan wrote a proposal song for Bennett while he was filming The Christmas House, the first Hallmark holiday film featuring a gay couple.

“I looked over and say Jaymes holding a sign that said, ‘We never did find our song, so I wrote it for you,’” Bennett told People. “That’s when I knew I was getting proposed to, because it was the same type of sign he made when he told me he loved me for the first time. And then I began to ugly-cry the ugliest cry anyone has ever cried.”

“I just wanted him to feel like the most special person in those three minutes of first hearing the song,” Vaughan added.

The couple announced their engagement on Tuesday (December 1) via Instagram, shortly after Bennett celebrated the release of The Christmas House.

“I’m thankful for all the blessings I’ve had in my life, especially getting to make history and tell the story of The Christmas House,” Bennett said of the film’s release on Instagram. “I’m thankful to everyone who encourages me daily to be my best self. Your encouraging comments make me strive to be the best I can be and spread as much joy as I can in the world. So, thank you for always supporting me and letting me be a part of your life and in turn being a part of mine.”

As for the couple’s wedding, they envision something “classic [and] timeless” and a mix “between when Elphaba flies in the musical Wicked and the finale number of The Greatest Showman.”

Editor’s note: This article was updated 12/3/2020. In the original, Jaymes Vaughan’s last name was misspelled.