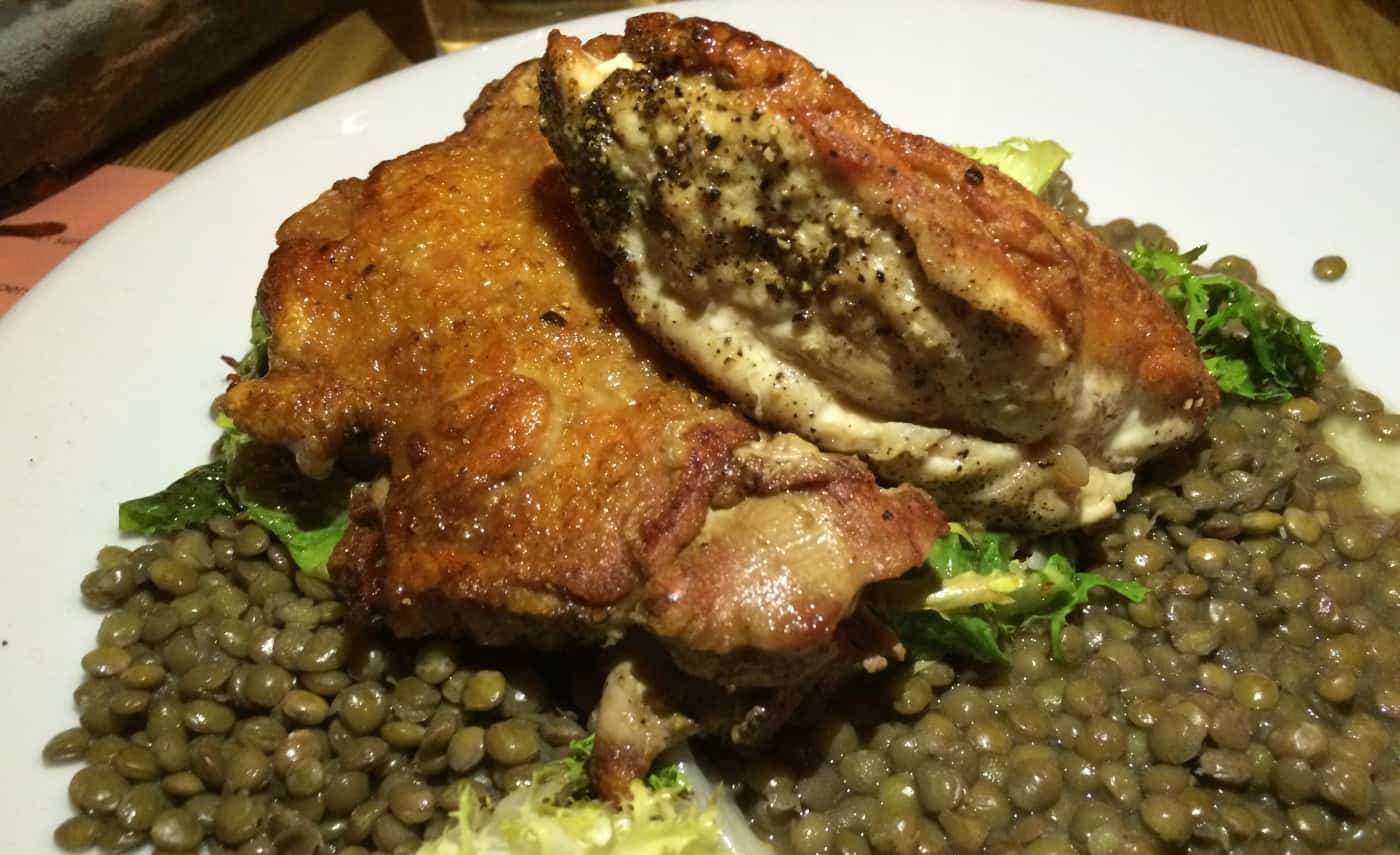 Cliff Bostock: Fabulous food to be found at Midtown’s 8arm

Editor’s Note: This story was published in our Jan. 6 issue and went to press on Jan. 3, a day before 8arm owner-chef Angus Brown was found dead.

Few if any restaurants in Atlanta have ever opened with the virtual secrecy that Octopus Bar did in East Atlanta in 2011. Open late nights only and catering mainly to people in the restaurant trade, the restaurant soon deservedly turned into – and remains – a gargantuan magnet in the galaxy of hip foodies. Owner-chefs Angus Brown and Nhan Le let their respective French and Asian styles collide in sharable masterpieces.

After a failed attempt to operate a Buckhead seafood restaurant, Lusca, the pair have now opened a Midtown spot, 8arm (710 Ponce de Leon Ave. 470-875-5856), that has become one of my favorites, although I’ve not been there as often as I’d like. It is located in the former scooter shop space that fronts Paris on Ponce, in the shadow of Ponce City Market across from the murdered Murder Kroger. Not being a late-nighter, I like 8arm because I can eat breakfast, lunch or dinner at regular hours there. The décor is spare and edgy.

The morning ambiance is all about flawless coffee and pastries from on-site baker Sarah Dodge. The crispy, fluffy, flaky, buttery, buttermilky kinda-sorta cathead biscuit has become an obsession with many in the city. There are also cinnamon rolls, quiche, and the like (I’m still waiting for a scone). But the signature morning dish is the Egg McMuff. I well remember when my first partner, a die hard foodie, insisted we try the new Egg McMuffin at McDonald’s several lifetimes ago. It was so vile, any suggestion of it still creeps me out. 8arm’s parody, though, is pretty damn unforgettable for good reason. Dodge’s English muffin is layered with creamy scrambled eggs, avocado, bacon, and cilantro-Tabasco mayo.

Lunch further expands the abdomen. My fave is a take on the classic Reuben. It’s piled with Black Forest ham, sauerkraut, Gorgonzola cheese, mayo, and Dijon mustard. The damn thing is freakin’ gigantic. It’s served cut in half, but there’s a serrated knife on the plate anyway. The point has to be that you can cut it into even smaller portions. Keep that in mind. Many of the plates here are meant to be shared. I can barely eat half the sandwich, but a few bites of the leftover make a great midnight snack. Grain bowls and roasted quail are also available.

At dinnertime, Chef Brown gets a bit kinkier – and our gorgeous server got a bit frustrated with my friends and I during my only nighttime visit. She repeated several times that plates are typically shared family-style. But we didn’t want to share. We’re greedy. The problem is that the pretty expensive menu is arranged in descending order, according to portion size, so we didn’t try any of the small plates. I know the burrata, my favorite cheese, is many people’s favorite, served with cranberry beans, peppers, and mint the evening of our visit. The manila clams, seamed with coconut milk, cilantro and lime did make it to the table, but wasn’t very impressive. The clams were tough little boogers.

Entrée-sized portions are mainly fabulous. My favorite was the crispy, creamy grouper topped with a pointed green sauce, served with corona beans that look like oversized lima beans. My own entrée was half a juicy boned chicken, served over lentils, and chicory. The menu said it included white anchovies, but I never really detected those. In any case, it was wonderful and, at $26, the most expensive dish on the menu of nine items. Only one dish on the table produced annoyance. My thin friend Frank is our group’s dumpster. Whatever we leave on our plates goes directly to his gullet, so it was the portion size, not the taste of the tagliatelle, that annoyed him. The intensely rich dish would probably be adequate for an average diner. Then, again, he shared a single dessert – buttermilk cake with ice cream — with another friend, whereas I ordered my own, refusing to share.

Be aware the menus change almost daily. And also be aware, as I said, that you’ll drop some cash here. One wall is painted with a banner bearing a Latin phrase that translates as “There’s no reward in serving the wicked.” In other words, you better tip well.