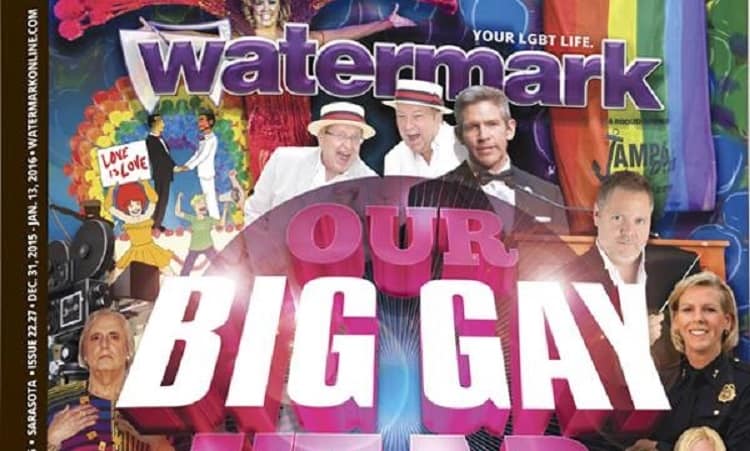 Dyer founded Watermark in Orlando in 1994 with $20,000 borrowed from friends and expanded to Tampa Bay the following year, tripling the publication’s size. Up to 20,000 of the newspapers are now distributed every Thursday at more than 500 locations in Orlando, Tampa Bay, Sarasota and throughout the state.

In 1998, Watermark notably fought the city of Orlando for the right to hang rainbow flags downtown during Pride Month. The incident sparked the anti-LGBT Rev. Pat Robertson to predict diving retribution. “I don’t think I’d be waving those flags in God’s face if I were you,” he said at the time, leading the story to make national headlines. “[A] condition like this will bring about the destruction of your nation. It’ll bring about terrorist bombs, it’ll bring earthquakes, tornadoes and possibly a meteor.”

In the current “Year in Review” issue of Watermark, Dyer talks about his motivation behind making the paper succeed, writing, “I grew up believing that a gay ‘lifestyle’ involved shadowy bars, transient relationships and guilty sex. I wanted it to be more. Watermark would be my proof.”

Watermark’s new owner Claggett weighed in in a press release, saying, “I’m grateful to Tom for everything he has done, and for this extraordinary opportunity. Watermark will continue to evolve, but we will always be mindful of Tom’s goal to portray the richness of our community.”