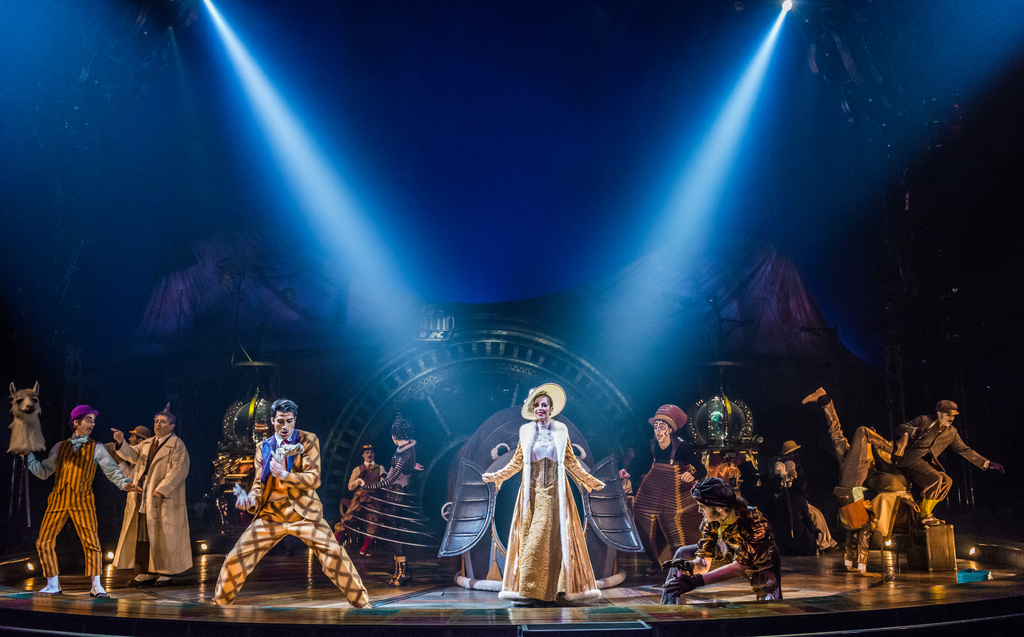 Michael Laprise worked for nine years in different roles in the theater, but for the last 16 years he has found a comfy home with Cirque du Soleil. The openly gay writer and director of Cirque’s new production “Kurios,” currently playing in the ATL, is something of a departure for the company.

The 35th Cirque production, “Kurios” premiered in 2014 and has been called the strongest Cirque show in years. Laprise wanted to have characters that people could relate to.

“I wanted to have props – real chairs, tables. I also wanted to bring the audience closer to the cast. Little things like that,” said Laprise.

He was precise in his direction but also wanted to be receptive to ideas from his cast. “It’s a personal show for the artists. I celebrate who they are,” he said.

Laprise is aware that Cirque has a strong LGBT following and is proud of that. “We have nice looking guys onstage,” he laughs. “But I also think it’s because we have such great diversity, a great feeling of needing each other. In our shows it is okay to be different. It’s okay to have hair like that, to be a clown; it’s okay to be that size. We are all in it together.”

A vital element in the show is a breathtaking moment that didn’t involve acrobats. One is “Comic Act,” in which a young man invites a girl to his apartment – and she has to face his cat and other animals, all played by the same actor. Yet the show has its patented acrobatics as well.

Although he loves all the acts, one he is partial to – and one that was immensely challenging on a number of levels – is “Acro Net.” In it, artists leap into the air using a very wide net, and are caught and then flipped back up. The act is kind of a metaphor. “It really speaks about the values of the show,” said Laprise. “With each other’s help, we can help someone go higher than he could ever go by himself. It’s important to be there for each other.”

The first time Laprise saw Cirque was as a teen with his father. He heard the show’s music and went closer to examine where it was coming from. At that time, Cirque was a smaller company with little security. He was able to lift the canvas and what he saw brought him to tears.

“I was from a small town, where everyone was white, middle class, wearing the same shoes. There were no blacks, no Asians, and it was very boring.” He saw all sorts of people and realized that it was possible to be in a world that celebrates diversity.

There is a rainbow reference in “Kurios” specifically speaking to the LGBT community. He joked about that to his cast and crew. “By the way guys, when we hit Moscow in a few years, this will still be in the show.”

Laprise visits every city where “Kurios” plays, sometimes more than once. He had a great time in Atlanta on opening night and is looking forward to coming back again to celebrate the show’s second anniversary. “I love Atlanta,” he said. “I really love the vibe down there.”

Details
‘Kurios’
Through May 8
The Grand Chapiteau at Atlantic
Station, Atlanta, GA 30363
www.cirquedusoleil.com