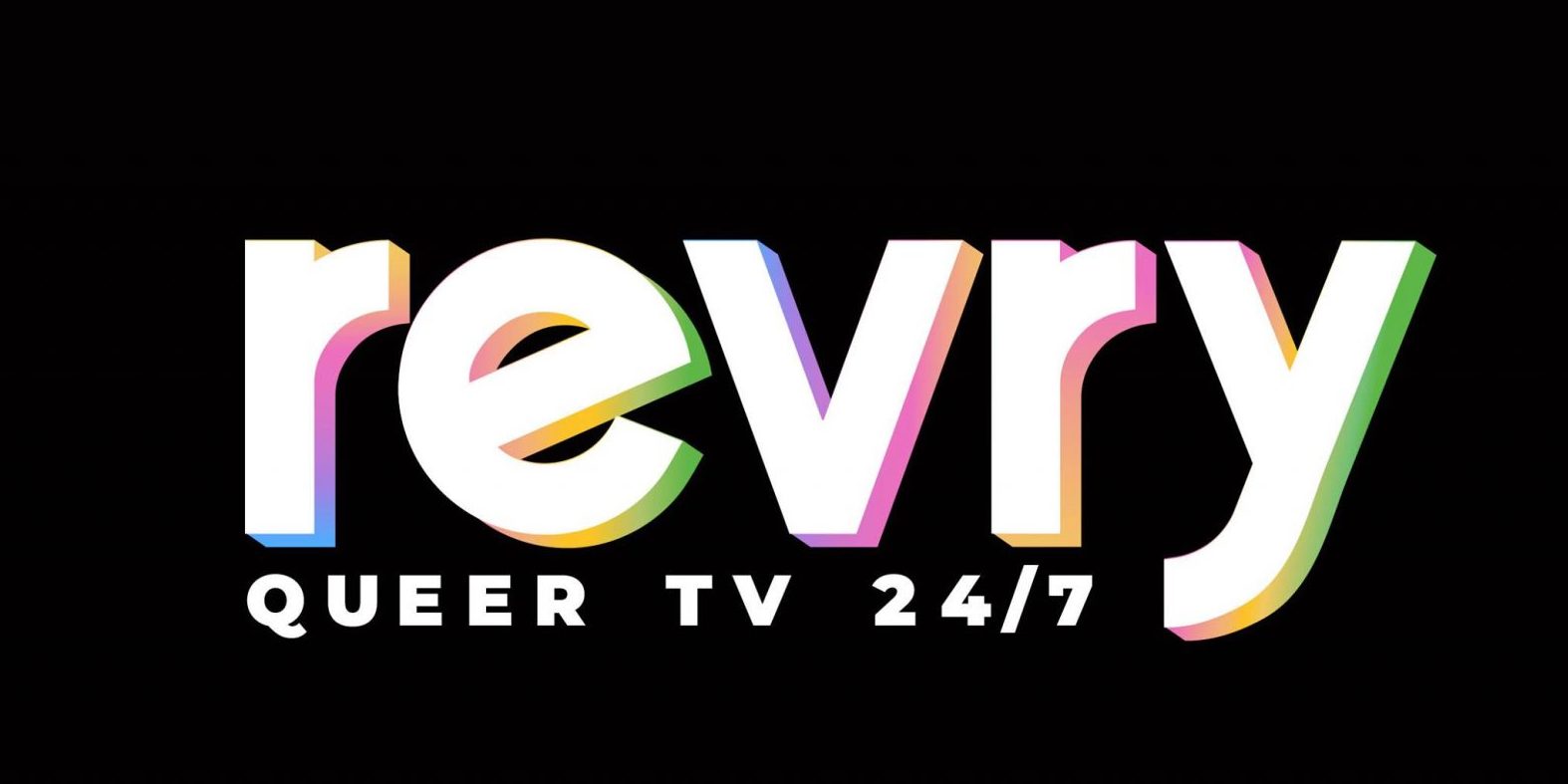 Revry, the first LGBTQ digital cable TV network, is celebrating Black History Month with an entire February calendar highlighting incredible Black Queer content made by and for the community.

Revry will premiere three new powerfully entertaining documentaries on February 1st: We Can’t Breathe, Voguing the Message, and Heavenly Brown Body. Throughout the month, brand new content will continue to premiere including series like Miseducated, Boys Hurt Too, His Story and Exhale. In addition, Revry Originals will also be featured including Linish about international trans DJ phenom; the Australian comedy Little Sista; To Be Me starring Emmy winner Kim Estes; and the powerful intersection of Black and Queer conversation series, Amplify Voices.

“Black History Month is a time to celebrate the rich heritage and contributions of Black Americans. It is especially poignant in this moment in history because we are so divided as a nation,” says Black Revry Co-Founder LaShawn McGhee. “Taking the time to highlight Black Americans and more specifically Queer Black American voices that unapologetically explore the Black Queer experience is a necessity, and I’m proud to be able to do that through Revry.”

The global Queer TV network, 75% founded by people of color and 50% Black women, has already been specifically championing Black voices with its existing Black Lives Matter curation of films, series, and music videos. This month is an opportunity for audiences to find even more free Black entertainment playing on Revry’s Live Linear channels and On-Demand at watch.revry.tv.

We Can’t Breathe – During a global pandemic, the killing of one man sparks the biggest social movement in history. In Los Angeles, a queer black woman is determined to capture the movement through her lens, so she hits the streets, camera in hand. What she discovers is a diverse world of impassioned protesters from all walks of life, coming together to make themselves heard.

Voguing the Message – A pre-Madonna primer that raises questions about race, sex and subcultural style, and traces the roots of this gay Black and Latino dance form, which appropriates and plays with poses and images from mainstream fashion.

Linish – A Revry Original documentary following the life of the legendary and inimitable DJ Lina Bradford.

Heavenly Brown Body – This Grand Jury Prize for Short Documentary at Outfest 2020 uses the poem “Litanies to my Heavenly Brown Body” by poet Mark Aguhar (she/her) as the text for a queer liturgy with mysterious seers who use the words of the poem as the liturgy for their ritual of cleansing and healing,

Single Record – After reaching his dream of having a hit song, a talented and arrogant rapper learns that his record label will drop him if his next song isn’t a hit. His desperation to save his career will force him to confront his identity, sexuality and bring him to new lows that could cost him everything.

America in Transition – America In Transition, an award-winning, Sundance-backed Revry Original documentary series, explores the community, family, and social issues of trans people of color across the United States – capturing real life for a veteran turned activist, an immigrant seeking home, a woman living with HIV healing from trauma, and a model navigating family life.

Trade – ‘Trade’ tells the story of two men, one a streetwise hustler, the other a straight-laced lawyer, who meet and form a relationship that brings to light who they really are

Miseducated – It’s time to relive, reimagine, and reblog the gay high school experience. Anton tries to avoid the often isolating halls of high school by dropping out. But his best friend Dillion makes the decision tough, reminding Anton that inside and outside of the halls, all they have are each other.

Boys Hurt Too – Following the death of Jake his brother Bobby and best friend Colt struggle to move on from the high school legend. They soon begin to learn about the monster Jake truly was.

My Trans Life Season 1 – Being trans is a mental, physical and emotional journey and MY TRANS LIFE showcases inspiring trans individuals on their journeys of acceptance. From preparing for major surgery, to tackling love lives, to campaigning for equality, MY TRANS LIFE follows transgender people facing the world in the body they were meant to be in.

To Be Me – To Be Me tells the story of a young, mid-western African American who struggles with their gender identity. Played by Kate Rose Wilburn, a non-binary trans female, along with Emmy award winning actor Kim Estes as their father, this Revry Original series is here to shed light on the under represented and supported subject of gender identity.

Her Story – Her Story is about two trans women in Los Angeles who have given up on love, when chance encounters give them hope. Violet is drawn to Allie, a reporter who approaches her for an interview. Career-driven Paige meets James, the first man she’s considered opening up to in years. Will they risk letting what they are stand in the way of being loved for who they are?

His Story – In this novel series we enter the fantasy of Noah and Chris, two step brothers who get a reality check in a story of lust.

Gina Yashere: Laughing To America – Filmed live in San Francisco, CA, UK’s premier Black female comedian, Gina Yashere, has come to America! Her unique take on being a cultural insider and outsider never fails to raise the roof as she gives us her take on the news gripping the nation.

My Trans Life Season 2 – Being trans is a mental, physical and emotional journey and MY TRANS LIFE showcases inspiring trans individuals on their journeys of acceptance. From preparing for major surgery, to tackling love lives, to campaigning for equality, MY TRANS LIFE follows transgender people facing the world in the body they were meant to be in.

Cheetah in August – A riveting story about a former high school track athlete whose distorted views on love, negatively affects the people closest to him.

Clash – A critique on the lack of QPOC representation in UK television and film, highlighting inequality and the absence of media engagement with Britain’s colonial past.

Amplify Voices – Amplify Voices is a Revry original series determined to pass the mic to incredible humans you should know more about, and embrace conversations and debates that achieve heightened intersectional understanding across the Queer and POC global community.

Little Sista – In this Revry Original series, commitment-phobe Charmaine must learn to grow up when she is paired with an at-risk youth in a Big Brother, Big Sister programme.

Exhale – New – In such chaotic times, viewers escape into the tranquil world of Exhale. As viewers relax they sit back and witness as Marion’s cheating ways interrupts his zen.

Change in the Family – This documentary chronicles the transgender-transition of Zo Thorpe and the sympathetic response of his family. This is a story of celebration, health, and unconditional love. A much-needed portrayal of trans and gender-nonconforming lives in America.

She – “She” follows Tanesh Nutall, a 50-year old black transgender woman from Rahway, New Jersey. In February 2016, Tanesh was confronted by a city employee for using a women’s restroom in Downtown San Francisco. Throughout the film, Tanesh seeks justice and make amends with family members that were not accepting of her gender identity. Not only does “She” discuss queer people in urban spaces but one’s ability to accept themselves despite the odds against them.

My Trans Life Season 3 – Being trans is a mental, physical and emotional journey and MY TRANS LIFE showcases inspiring trans individuals on their journeys of acceptance. From preparing for major surgery, to tackling love lives, to campaigning for equality, MY TRANS LIFE follows transgender people facing the world in the body they were meant to be in.

Vintage: Families of Value – Claiming a space for representations of lesbian and gay African Americans, three sets of queer siblings, provide an unprecedented opportunity for black families to address issues of sexuality, identity, and personal history.

Suicide Khale – While having lunch with another couple, new couple Jasmine and Penny stumble upon an anonymous suicide note and proceed to work to uncover the identity of the author.

Missed Connections – Two strangers meet and form a bond at a festival, but they forget to exchange contact info. As they search for one another and through viral posts, they navigate their careers, lives, and society’s expectations of them as Black, female, and transgender.

Scales – Remy and his two best friends have an epic breakdown in their journeys of finding stable relationships outside of each other.

Don’t Break Yourself – Everybody’s gotta work. Calen and Tye decide to work smart. Tired of retail, Calen hatches a plan to keep his rent paid while Tye searches for a way to save his dying moving business. Along their journey the two are bonded by their struggle.

Giving Me Life – A dramedy series about six Black and Latinx friends of diverse sexualities as they struggle to live and love in New York City.

Learn more and watch at revry.tv.