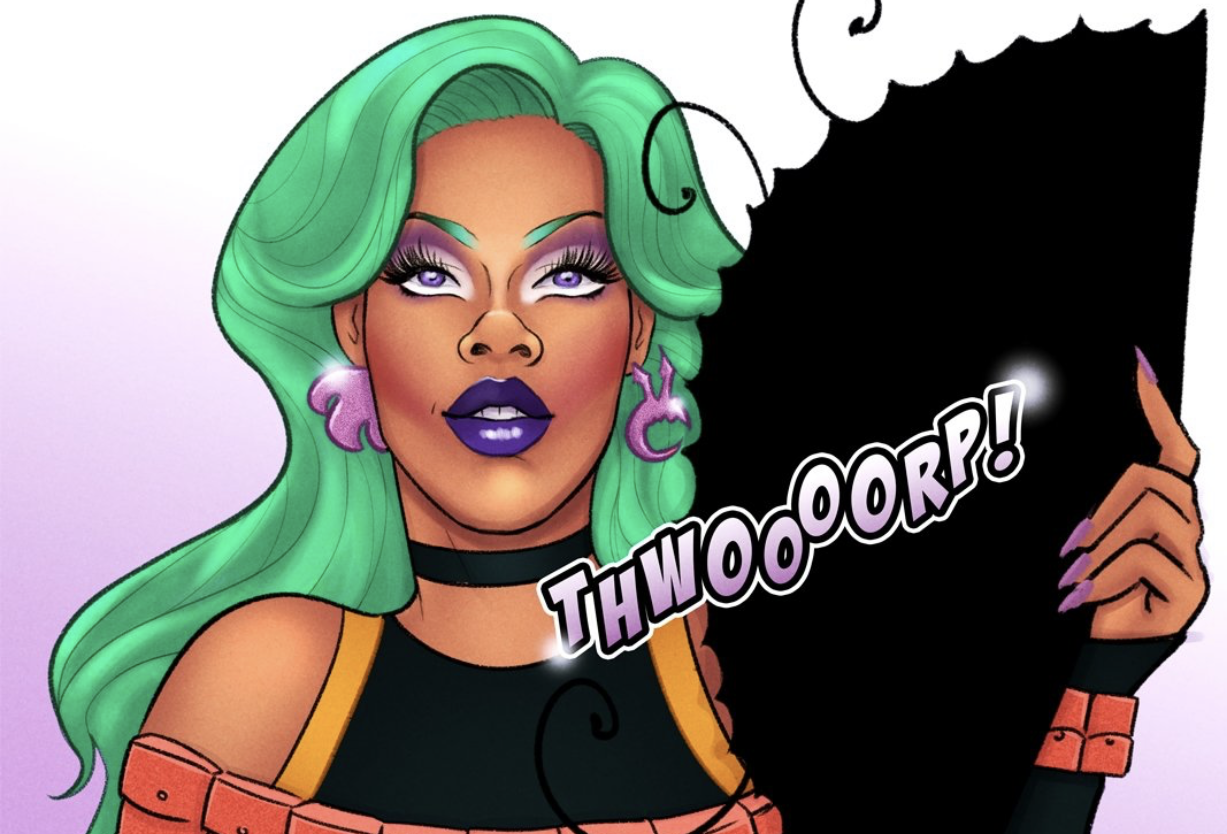 While Shade only made a brief one-panel appearance, Grace told The Advocate that she will appear in future issues of Iceman.

“I really wanted this series to push readers to new and better stories about the whole queer experience and how it applies to being both a mutant and a superhero,” Grace told the Advocate. “There’s a million different queer perspectives and we’re only scratching the surface.”

Iceman Is Marvel’s only monthly series with a queer lead character. The solo series won a GLAAD Media Award nomination in 2017. The series was cancelled after only 11 issues but was given a second life in 2018.

“My goal with this new Iceman series is for everyone – myself, the readers, the characters involved in the comic book – to have fun,” Grace said.

Many saw similarities in the character to real-life drag queen Shea Coulee.

Turns out Shea was one of queens Grace drew inspiration from, he revealed on Instagram, along with Monet X Change, Dax ExclamationPoint and The Vixen.

Sina Grace (a writer for Marvel) has confirmed that @Daxclamation, @SheaCoulee, @monetxchange and @TheVixensworld were the inspirations to create a new mutant in X-Men called Shade. Shade is the first mutant in the history of X-Men that is also a drag queen. pic.twitter.com/rh4AQ4z9Ci

Shade’s mutant power is teleportation, which she does by stepping in and out of her handheld folding fan. She teleports to a Mutant Pride event to emcee in the comic.