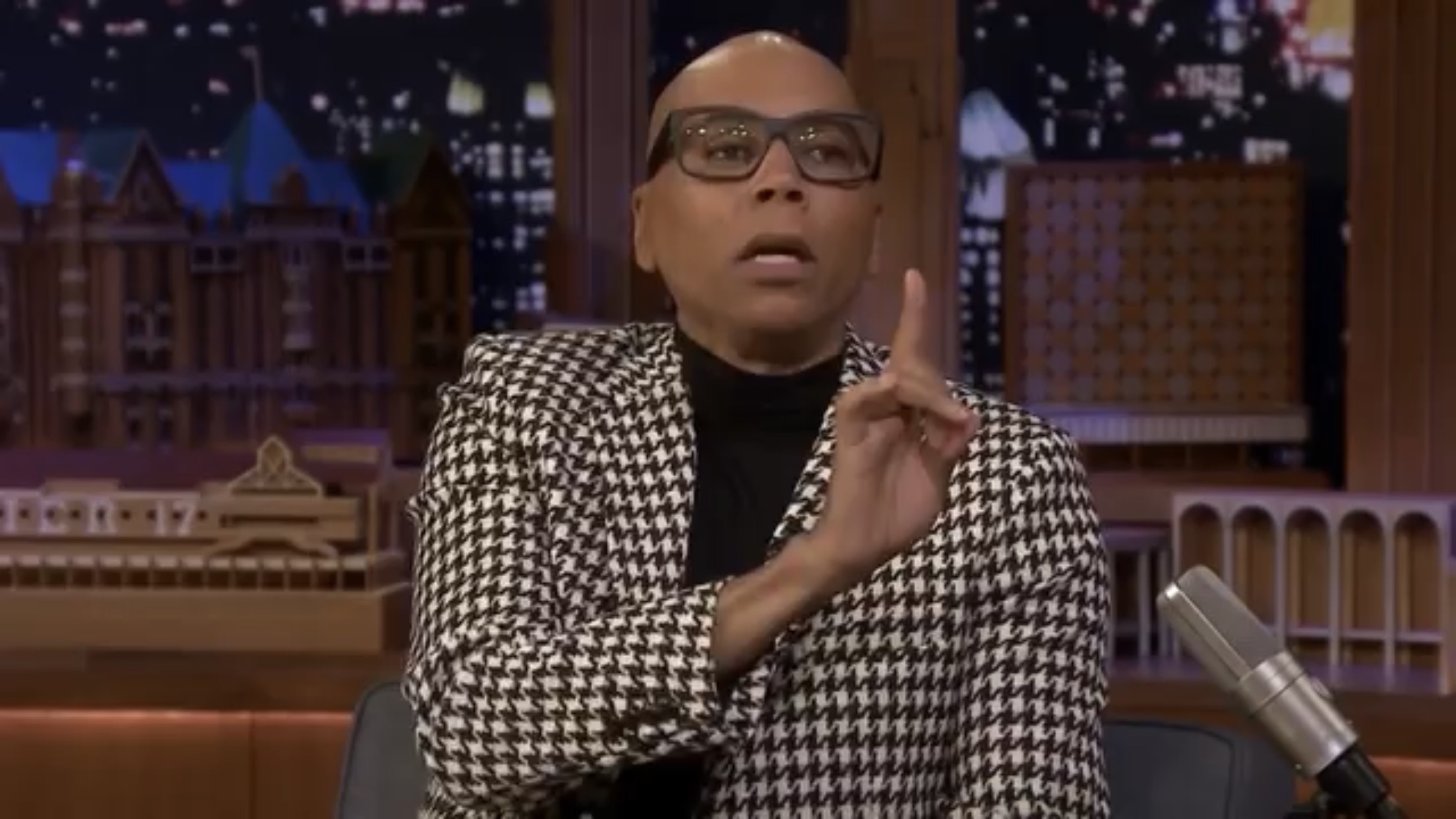 To promote his historic appearance hosting tonight’s (February 8) episode of Saturday Night Live, RuPaul did a hilarious interview with Jimmy Fallon on The Tonight Show, touching on his start as a drag queen and his other multiple accolades and projects.

The interview begins with Fallon bringing up Ru’s historic Vanity Fair cover. “This was gigantic,” he said. “This was the first time every that a drag queen had been put on the cover of—”

“Oh, I’m sorry! I apologize!” Fallon responds in a fit of laughter. “Oh you should be. I’m going to key your car, watch,” RuPaul replies.

RuPaul goes on to talk about his early years in New York City clubs, noting that after 2am he went by Cupcake and after 4am was Bianca Dinkins, the “illegitimate daughter of New York Mayor David Dinkins.”

You can watch RuPaul host Saturday Night Live, along with musical guest Justin Bieber, tonight at 11:30pm on NBC.