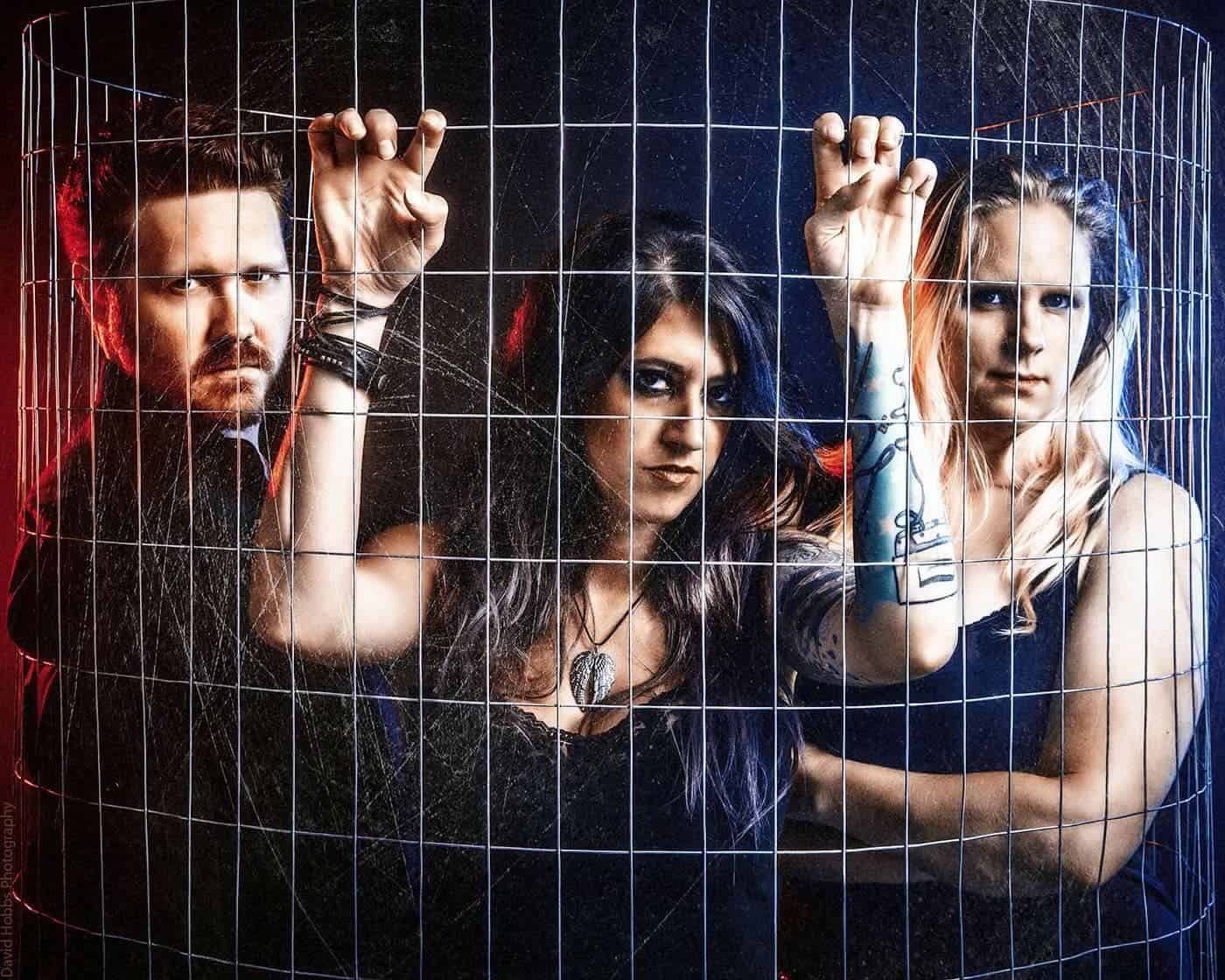 Aidan Edwards
Music
September 14, 2018
Atlanta is one of the music capitals in the nation. The city is a continuous fountain of talent that touches bases with every genre imaginable. Living here, it’s easy to see why. We have the venues, the culture, the transportation, and the inspiration in this sprawling city.
A band that’s taking advantage of their location is Vices of Vanity. “Our intention is to get back to the roots of rock ‘n’ roll,” says frontwoman Lynnay Della Luce who handles vocals, guitar, and the lion’s share of songwriting. Backing Lynnay is Amy Eppery, the finger-picking bass player who also has a hand in the songwriting process. Behind the drum kit is Hunter Cook, who must have fantastic cardio. Their songs are simplistic, wildly catchy, and raw, giving off the impression that their recordings were done in one take. Very punk.
Their lyrics are fun, straightforward, and have a modest touch of sex appeal. To top it off, they pile on crowd chants that bring a unified and full tone to their concerts, a prime example that less is more, even if it’s less of the band making the noise.
Vices of Vanity formed in 2016. The trio has a history of playing music together which is why their compatibility on stage is natural and unforced. They are already signed to Jawbreaker Records out of Cumming and are sponsored by Beautiful Disaster clothing line.
I had the pleasure of meeting the up-and-coming hard rock trio based out of Midtown at the Rock-N-Taco off Roswell Road in Buckhead. I park in the main parking lot of restaurant. The sun is gradually making its way below the city’s skyline as I’m finishing Vices of Vanity’s latest EP, “Rowdy.” The last song on the EP is a distorted cover of The Cranberries’ “Zombie.”
I take a seat in the side room of Rock-N-Taco, where a Battle of the Bands is taking place. I see Lynnay gleefully chatting with a couple while the ambiance consists of glasses hitting the bar and ample conversation. We spot each other from across the room. She waves and takes a seat across from me.
“I didn’t start seriously playing guitar until I was 27,” she tells me. We speak of late starts. “I have a friend who wants to finish furniture. I’m like, ‘Then do it!’ Creativity is so important. And it’s never too late to start.”
“Amy and I played in an AC/DC tribute band for three years,” she says, “but we wanted to start writing our music. The cover band world is known to transpire into phenomenal bands. If that doesn’t pan out, well at least it’s fun. It’s a failsafe bet. But in Vice of Vanity’s case, it’s been working out just peachy.”
Lynnay is the perfectly svelte, tatted rocker-chick who also counts herself among the LGBTQ ranks, as she’s currently involved in a romantic relationship with another woman. Speaking of women:
“I love pop music, but in the current climate, I don’t think there is the best representation of women,” she muses. “It’s degrading. I’ve noticed the resurgence of women-fronted bands. which is inspiring. We want to inspire girls just to play carefree.”
“Has anyone made an off-handed comment or gesture directed toward you being a bisexual frontwoman of a band?” I ask.
“Surprisingly, no,” she says. “I think it’s our demeanor. We command the same respect from others in an unspoken way.” It’s reassuring (and not surprising, if you catch the band live) to know that Lynnay and her badass backup can do whatever the hell they want without any nonsense. Rock on.
Vices of Vanity is currently working on new material, and are about to head out on their most extensive tour to date. You can check out their catalog and tour dates at VicesOfVanity.com.