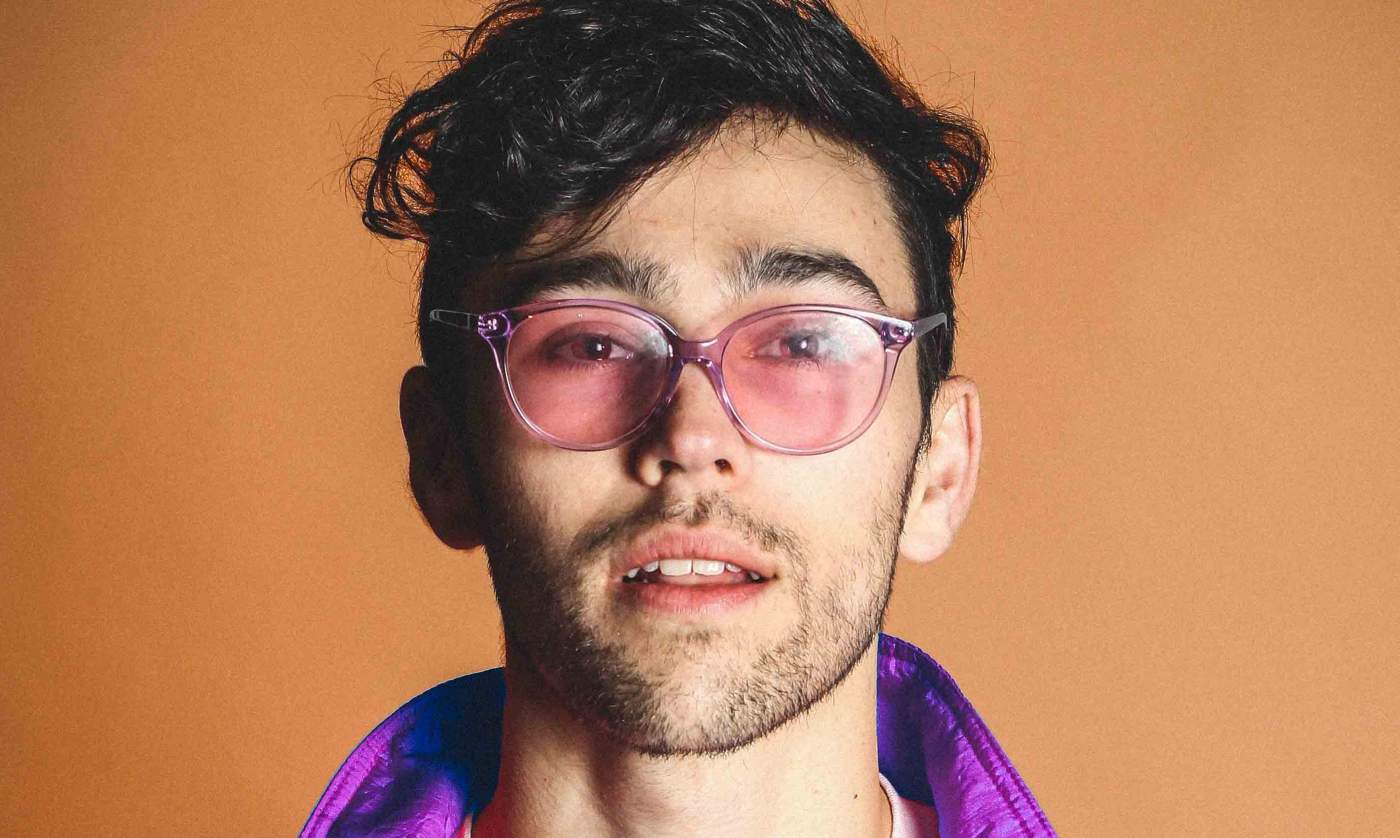 In 2010, a 17-year old Maxwell Schneider made headlines working as a model while posing with Madonna for a Dolce & Gabbana campaign.

“It was surreal,” he told Georgia Voice by phone. “Every time I tell the story, it doesn’t feel like a real day in my life. I’ll never forget that headline my dad saw in the newspaper the next day and that paparazzi shot saying ‘Who’s Madonna’s new fetus boyfriend?’”

Schneider, 25, is now making his own headlines without the Material Girl on his shoulders.

Known simply as MAX to his fans, this young, gorgeous sensation with a crisp tenor is now storming the airwaves with a refreshing hypnotic sound, one that blends dubstep, alternative R&B and a splash of pop. Songs like “Gibberish” and “Wrong” firmly plant him in the realm of Nick Jonas and The Weeknd. Meanwhile, a cornucopia of musical influences — James Brown, Etta James, Marvin Gaye, Prince, even 21st century titans like Bruno Mars and Justin Timberlake — keep him rooted in the lane of soul.

But it’s the sultry, melodic ballad “Lights Down Low” featuring gnash, the lead single off his debut studio album “Hell’s Kitchen Angel,” that has MAX sailing towards pop star status. Weeks after cracking the Billboard Top 40, the song was certified gold in late September and even used during Drew Scott’s rumba on this season of “Dancing with the Stars.”

“It’s been so incredible,” he said. “A lot of people in my realm of music thought it was career suicide to put this song out and to say I wrote it about my wife. And so the fact that this has been the one that has traveled to more ears than any other music of mine is so humbling.”

To his credit, MAX has latched onto a host of careers, from acting in television and movies (Nickelodeon’s “How to Rock,” “Law and Order: SVU”) to Broadway (he worked with Ariana Grande while on the musical “13”). But he said music is where he belongs and where he intends to stay.

“I’m completely committed to it,” he affirmed. “This is all I wanna do. I’m having the time of my life honestly.”

The making of a proud ally

Raised in New York City’s Hell’s Kitchen and surrounded by an environment of tolerance and sexual fluidity, MAX is proudly standing up as an ally for the LGBT community. And yes, he’s quite aware that such a move can still sometimes be risky for younger artists. But this straight ally isn’t concerned over any backlash that may rise from the fringe far-right or the loudest critics.

“You know … there’s definitely a fear of people in general [with that], especially in music as a solo pop male act,” MAX recalled. “People think there’s a stigma, which I think is really sad. It’s so wrong. We should be an ally with everything that we believe in, regardless of the fears that come with it.”

MAX admits that his own experience of opening up about his marriage while still in the infancy of his career helped him to face any qualms. And yes, even Madge, proved to be a valuable inspiration. “[Madonna’s] been such a powerful voice to the LGBTQ community for so long,” he added.

MAX will perform at Atlanta Pride on the Coca-Cola Stage in Piedmont Park on Oct. 14. And although the North American leg of his Meteor Tour has the talented heartthrob returning to Atlanta’s Aisle 5 later this month, he promises to bring the maximum experience to Pride.

“There’s going to be dancing, lots of high energy music,” MAX said. “We’ll go from performing like we’re in a stadium and then switching it right away like you’re in a small room of a hundred people.” And expect some covers of popular hits, even a few peppy synth-funk jams from his side project Party Pupils.

“We’re definitely playing the Party Pupils jams in Atlanta as well,” he said.

This won’t be MAX’s first performance at a Pride festival.

“Actually I just had a Pride event in Kentucky [Louisville Pride] about a week and a half ago,” he said. “There were a couple of aggressive drag queens who were very touchy, but they were awesome.”

Then, a jovial laugh permeates the room right before MAX describes the beauty of Pride events.

“They are so wonderful,” he said. “I love seeing the people expressing the energy and seeing themselves in their most true way. There’s nothing more beautiful.”

Of course, security will once again be a top priority at Atlanta Pride as the nation processes yet another tragedy — the mass shooting at a Jason Aldean concert in Las Vegas on Oct. 1 that led to 59 deaths and over 500 injured. Months prior, the Manchester terrorist bombing at an Ariana Grande concert dominated the news cycle. And this year in June marked the one-year anniversary of the Pulse massacre. Still, MAX believes we must not wallow in fear.

“I would say it’s heartbreaking; it’s terrible, because music festivals and concerts should be the safest place in the world,” he said. “We should feel lost [there]. We should be able to find inspiration and feel our safest at shows. I think our only response is to show up more, to show people that we don’t fear. And I think Pride is a great example of [us] coming together, to show love and to not be afraid. It’s a beautiful thing to be comfortable with who you are.”