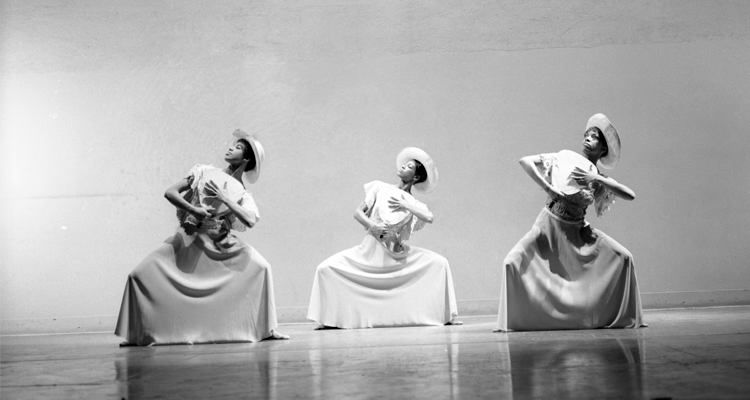 As a choreographer, dancer, director, and founder of the 1958 theater company named after him, Alvin Ailey was an instrumental figure in showcasing the African American experience through dance. The new film, “Ailey” — documenting the icon’s life — is now in theaters.

Director Jamila Wignot feels lucky that the film found her. She was approached by Insignia Films, whose executives were familiar with her work and asked her to direct the documentary. “I was like — What?” she recalled. “It was amazing. I said yes immediately, and we set off our own journey.”

The first time she saw a performance by the Alvin Ailey American Dance Theater, she was in college. The Black student group on campus had some free tickets and she didn’t know anything about the company at all. “I had a life-changing experience in the sense that I was introduced to dance and this company that I am still a fan of today,” Wignot said. “It was a powerful, visceral moment of this extraordinary beauty and technical prowess and joy on stage.”

“Ailey” uses much of the central figure’s own audio — and the original cut was three hours. “My editor and I laughed that maybe we’d just make a podcast of all this,” Wignot said. “It was very hard to let go off things that we loved in his voice. He made over 70 choreographic works in his lifetime and [we knew] from the beginning that there’s no way to do justice to his full rep, not to mention all the other dances that are staged there.”

What surprised the director most was Ailey’s elusiveness, even to the collaborators he was closest to. “He had a deep need of a private space, some separation between the grind of being a public figure and needing that privacy at the same time,” she said. “That is the duality. He is this extraordinarily generous figure who seems to beam a spotlight on people to allow them to flower and bloom, that they are eternally grateful for, but he did not receive the same reciprocity.”

Ailey was out to his friends and colleagues but couldn’t be publicly gay. “I think it was hugely challenging,” Wignot speculated. “What we have to remember is that he was a creature of his own time. He was out to everyone in the company, he just never had a single person he dedicated himself to. Of course, in 1958, can he be a gay person and receive funding, can he go on State Department tours as they are purging gay people from their ranks? That is a generation of people who found their way to a community who didn’t have a problem with his sexuality, but he cannot exist in a world that is going to embrace him in his entirety. There is a real challenge of having to lead a double life in a way and yet not even being able to imagine a different kind of world. I think if he showed up today, he would find there are so many things that have not changed but there is possibility that didn’t exist for him in the same way.”

As a snowstorm rages outside, a mysterious creature begins terrorizing a community in Josh Ruben’s “Werewolves Within.” In the horror comedy film, out actor Harvey Guillen (“What We Do in the Shadows”) plays one of the townspeople, Joaquim Wolfson, who is married to Devon (Cheyenne Jackson).

The actor had a blast making the movie with a strong ensemble of performers. Guillen describes Joaquim as a new member of the community with Devon. “They are a couple of New York self-made millionaires,” Guillen said. “They wanted a simple life, so they left the city behind and brought some style and quirk with them. They have opened a yoga shop in town.”

Guillen had never met Jackson before the filming and told director Ruben that it would be interesting to show a new way at looking at a couple. “Cheyenne and I are different sizes and height, and I thought it would be nice to show that queer love can look like everything, not the traditional Adonis, six-pack type,” he said. “The idea here is we can see people here that we live next door to.”