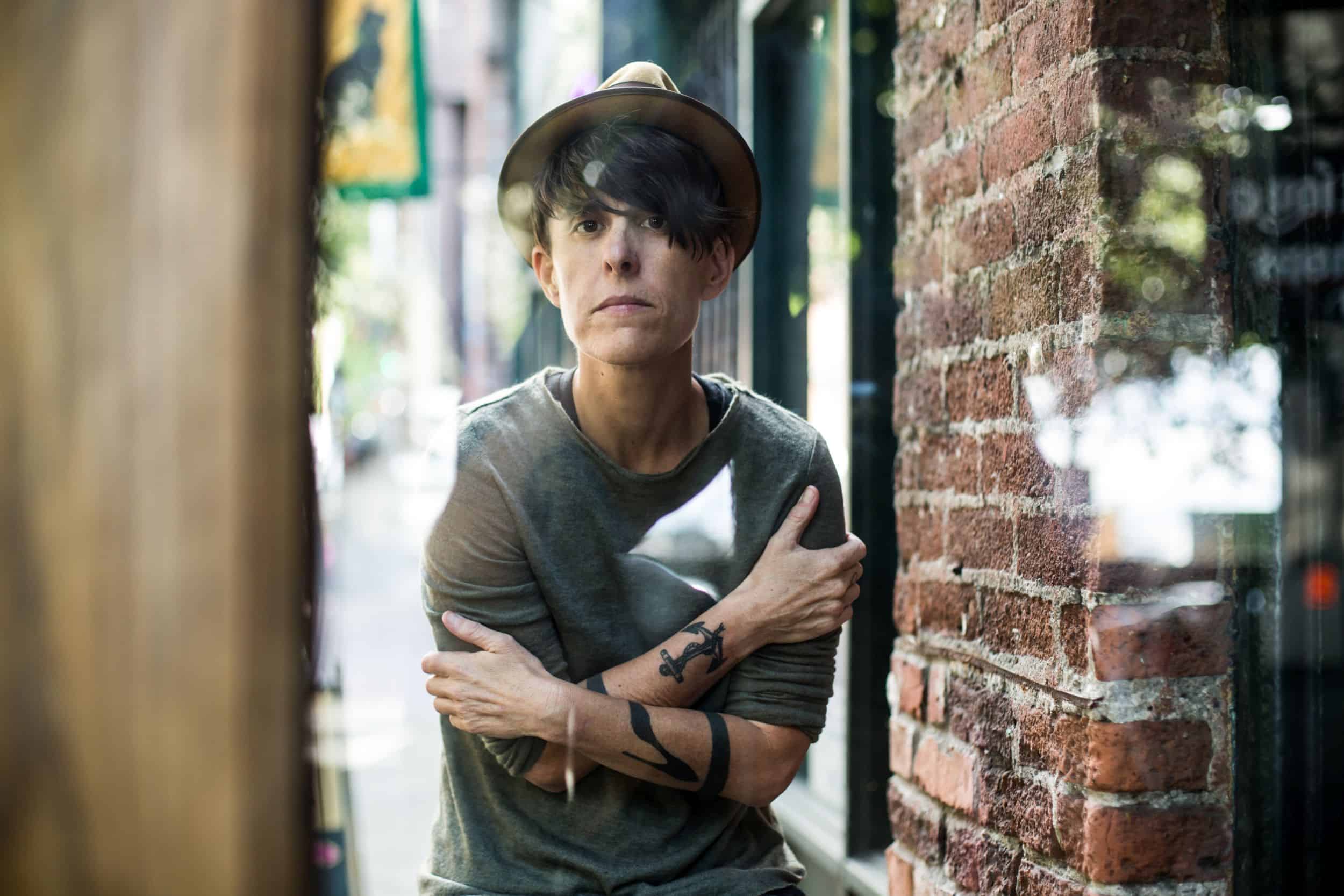 Calais, Maine, provided a picturesque small-town backdrop for blossoming poet Andrea Gibson to grow up. Also known as Andrew, Gibson is a non-binary spoken word artist and author who uses they/them/their pronouns. Gibson spoke with Georgia Voice about having their poetry read in the Utah state Legislature, their latest book and their work as a spoken word artist.

Let’s pretend we are strangers in a coffeehouse and we have to share a table. Hi, I’m Shannon. This latte is incredible!

[Laughs] Oh my God, I would have so much anxiety! Drinking caffeine and speaking to a stranger! The whole reason I started writing poems is because I feel anxious talking to people.

Yeah. It was a comfortable place where I could express myself without getting nervous about what I would say.

That makes sense. Were you an adult then?

No. I started writing — I don’t want to say stories or poems because they weren’t really either — they were actually more like letters to friends I didn’t yet have. I was very young. I remember getting a callus on my hand when I started writing with a pencil a lot and thinking that it was special. I would tell people that my hand was changing shape to prove that I was a writer.

Oh my God. How f’n adorable!

In high school, I turned in a paper and I got an F on it because the teacher didn’t believe that I actually wrote it. I argued with him until I sort of proved to him that I wrote it. I remember that was the day I decided I was going to study creative writing in college because I felt that if he thought it was so good that a high school student couldn’t have written it, I might be really good.

I went to college and studied creative writing at St. Joseph’s College. It was a small, conservative Catholic college. I mostly went there to play basketball, though. Most of my teachers were monks and nuns. It was a good experience. I had great community and friends but I was in the closet most of the time I was there. I didn’t know another queer person the whole time I was on campus. I came out at the end of my junior year and there were parts about that that were hard, but my friends were really supportive — they were almost excited to know a queer person. It made me wish I had come out earlier because they were so sweet. 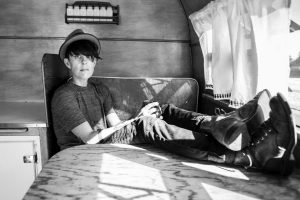 When did you expand your writing to include your art form of spoken word?

A few years after college, I got my heart broken for the first time. There was something about being devastated like that where I felt there wasn’t anything that I could lose. So in the middle of that heartbreak, I got up at an open mic in Boulder and I read a poem for the first time. The paper in my hand was shaking so hard that the sound of it shaking was louder than my voice. I still fell in love with it. Almost 20 years later, it still terrifies me almost as much as it did then. I just love it too much not to do it.

Let’s talk about something else queer over our coffee.

[Laughs] Okay. I have a good queer story.

Years ago, I woke up one morning and I started getting calls from people saying “Congratulations on Utah!” Then, I learned that a Utah state Representative read one of my poems that day in lieu of saying a prayer.

She was a lesbian and it was in the news everywhere. One headline read “Gay legislator reads gay poem in lieu of morning prayer.” There was all of this outrage, but what was funny was there wasn’t a single gay thing in my poem. It was the straightest sounding thing I’ve ever written, but just because I wrote it, it became a “gay poem.” So basically, everything I do is gay. If I pee, it’s gay. All of the dogs and cats in our house — they’re gay because I own them.

You’ve authored four books — the latest is called “Take Me With You.” Tell me about that.

It was just released a few weeks ago. It’s a book of quotes with illustrations. I started putting it together right after Trump was elected and I was having this bombardment of awful news coming in to my phone. I wanted to create something that someone could just open and immediately be inspired as quickly as we are immediately deflated by what’s happening in the world right now.

That’s not to tell people not to pay attention to the news. They should. But my therapist, who I never go a day without quoting, says the only thing we ever really have control over is where we put our attention. I wanted to make something that would put people’s attention on something inspiring or beautiful. It’s a small book that can fit into your pocket, which is why it’s called “Take Me With You.”

I heard you were coming to Atlanta as part of your five-month tour to support the release of your new album, “Hey Galaxy”?

Yes! To Terminal West on Feb. 23. And let me say that I love Atlanta. It’s one of my favorite places to perform because it’s the only city I’ve ever performed where in-between poems, people would raise their hands and ask questions in-between my pieces. The first time that happened, it was so strange and wild and awesome. So now when I come to Atlanta, I kind of prepare to know more than I actually know.

Thanks for having coffee with me.