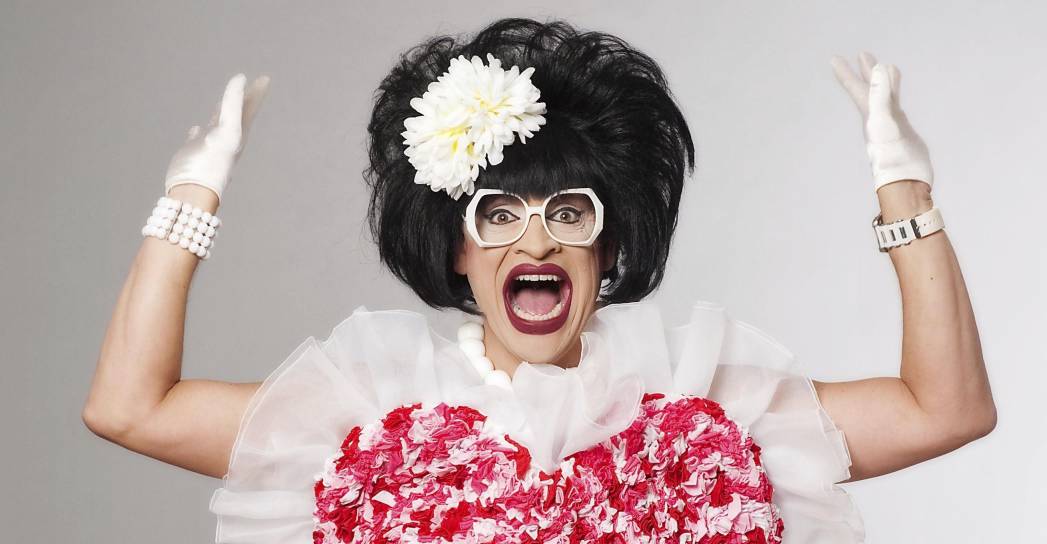 “Miss Richfield 1981, ‘Born Again,’” a drag performance by Russ King, will arrive in Atlanta on April 19, after two years away. King is presenting a whole new show, as a part of the upcoming Atlanta Film Festival. “Born Again” will focus on Richfield “finding new religion to bring our divided world together,” according to the event’s press release.

Russ King, who plays Richfield, invented the character with a buddy of his in 1996.

In an interview for Out Smart magazine, King said he “began performing the wacky character at an employee-appreciation party for the 60-member staff of the Minnesota AIDS Project, where he served as communications director.”

According to Minneapolis City Pages, the birth of Richfield happened specifically at a Miss America Party. King and his friend “went as Miss Little Rock and Miss Richfield. At the event, someone told King that he should perform.” King had not crossed the stage for many a year; theater was not his calling. Media was–King had decided to work in journalism, before moving into public relations.

However, after his character was warmly received, the former journalist decided to premiere Richfield before larger audiences. The act debuted at the Bryant-Lake Bowl, and then at various other venues in the Twin Cities area. The show took off from there. King crowned himself Miss Richfield 1981, and began his long reign.

The early Richfield performances included a piano player and an announcer. Now the show consists of King, solo.

According to the event press release, “A former journalist and Minnesota native, King created the character with a rich history that begins with her life-long goal of being crowned beauty queen of her first-ring suburb of Minneapolis.” King, a Provincetown regular, has appeared on “The Tonight Show with Jay Leno,” NBC’s “Today” show, “Cake Boss,” and “Watch What Happens Live” on the Bravo network.