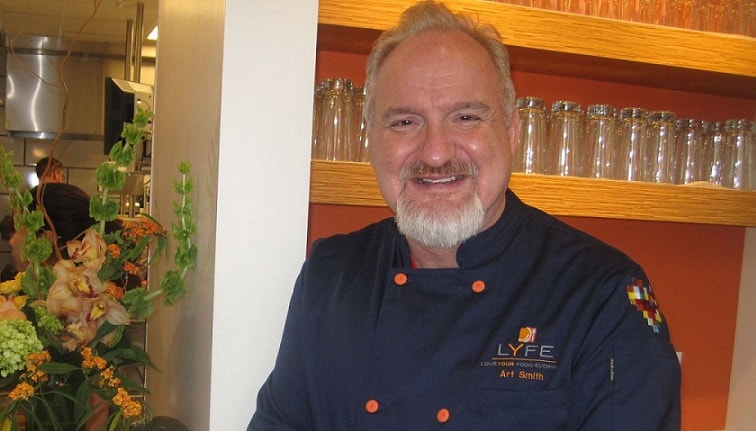 You might have heard about the mass gay wedding event that Atlanta restaurateur Art Smith hosted in Miami after same-sex marriage was legalized in the state earlier this year. Well get ready, because the self-proclaimed “Queerest Chef in America” is doing it in Atlanta this time and he is looking for couples to take part.

The Huffington Post reports that the “101 Gay Weddings” event will take place Sunday, June 28 and yes, that is the same week the U.S. Supreme Court is expected to rule in favor of marriage equality, so the nuptials will be for real.

Smith, the former personal chef to Oprah herself, will host the special alongside his husband of five years, Jesus. He owns Southern Art & Bourbon Bar and took home the LGBT Vanguard Award at the 2013 AGLCC Awards.

“We’ve written books, opened restaurants and cook for a galaxy of stars but not having someone to share it with its meaningless,” Smith tells the Huffington Post of his time in the industry with his husband. “I’m thrilled to be making all these foodie kids dreams come true by the first cooking show mass gay wedding in television history. It’s amazing that it all started with food activism, ‘Take The Hate Off The Plate,’ ‘Big Gay Ice Cream Social,’ ‘101 Gay Weddings’ and now ‘Bravo Top Chef Big Fat Gay Wedding.’ A little bit of fried chicken has made a lot of love and continues to make more.”

The first 101 couples to tweet #101GayWeddings to @ChefArtSmith will get an invite to the free wedding, and will get to bring two guests.

CORRECTION: An earlier version of this story stated that “Top Chef” would air the Atlanta event as a special, but those are two separate events and the Atlanta event will not be televised. The story has been updated to reflect that.