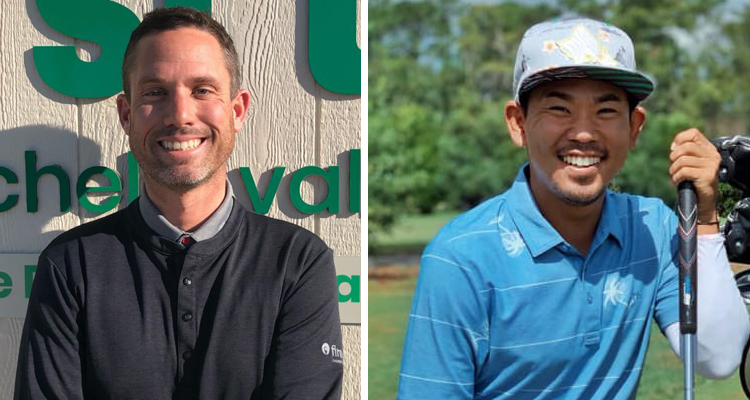 Where Are All the Gay Golfers?

Sports are becoming more and more diverse and LGBTQ inclusive. As of 2022, around 20 percent of WNBA players are openly gay. A poll conducted by Pink News found that participants ranked tennis as the most gay-friendly sport. So in an age of inclusion, why is golf lacking, and how is the lack being addressed?

Though an estimate from New Zealand Golf Magazine states that anywhere from 10–14 percent of golfers are likely to be gay, the number of out professional golfers is low.

In 2006, at just 15 years old, Tadd Fujikawa became the youngest player to qualify for the Professional Golfers’ Association of America (PGA) U.S. Open. In 2018, Tadd once again made PGA history, becoming the first male player to openly come out as gay. While other players have come out since then, they are very much a minority in the sport.

Kyle Winn — a PGA member and golf course employee — spent years in the closet, fearing how being outed might impact his career.

“Every time I started a new position at a golf course, the first few months were always hard. Not only was I getting used to a new facility, I was also trying to figure out which co-workers I could trust and which members might be OK with me being gay. It was emotionally draining.” Winn wrote for a piece in OutSports.

Fujikawa and Winn did come out, and they are helping to make professional golf a more inclusive place. However, there have still been no openly gay men to play in the PGA Tour or Masters. We’ve had out athletes in professional baseball, soccer, tennis, and the Olympics, so why is golf, and men’s golf in particular, so far behind? Winn speculates in his article that the conservative culture in golf may be a contributing factor.

“Some of us golf professionals have been lucky to work in progressive areas, but at its core it is a conservative, white, straight, cis-male dominated industry,” he wrote. “It has gotten better, but we have a long way to go.”

When polled, professional golfers have more often than not supported conservative or Republican politicians and ideals. A poll conducted by Sports Illustrated in 2016 showed that more than 50 percent of participants would not vote for Hillary Clinton, even if she guaranteed tax cuts. A different survey conducted by the Irish Times found that 89 percent of respondents would accept an invitation to golf with Donald Trump. In short, conservatism is the name of the game in golfing politics.

So, is it so shocking that homophobia would also be prevalent on the course and in the country clubs? Homophobic and anti-trans sentiments seem to be a staple in traditional conservative values, as shown by recent legislation such as the “Don’t Say Gay” bills pushed by Republican leaders like Florida Governor Ron DeSantis.

In his article, Winn describes the golf course as “a place some people can congregate and use racist, misogynist and homophobic terms and get away with it because ‘they’re at a golf course.’” Look no further for proof than professional Justin Thomas saying a homophobic slur at a tournament in 2021.

There is a history of exclusion and hate in golf, and arguably a culture that still perpetuates these attitudes today, but there are also signs of progress and inclusion.

PGA released a statement in 2021, committing to taking action to make golf more LGBTQ inclusive and welcoming. Out players such as Fujikawa have spoken about the future they want to see in golf, telling Athlete Ally, “I just hope that all LGBTQ athletes can feel like we are a part of a safe place; where we can play the sport we love; and can still be authentically ourselves” during an interview from 2019.

Maybe in the future, the golf course will be, not a place where hateful comments and sentiments are allowed, but instead a place of sportsmanship, where golfers congregate to be around each other and foster a community to appreciate the sport they all love.