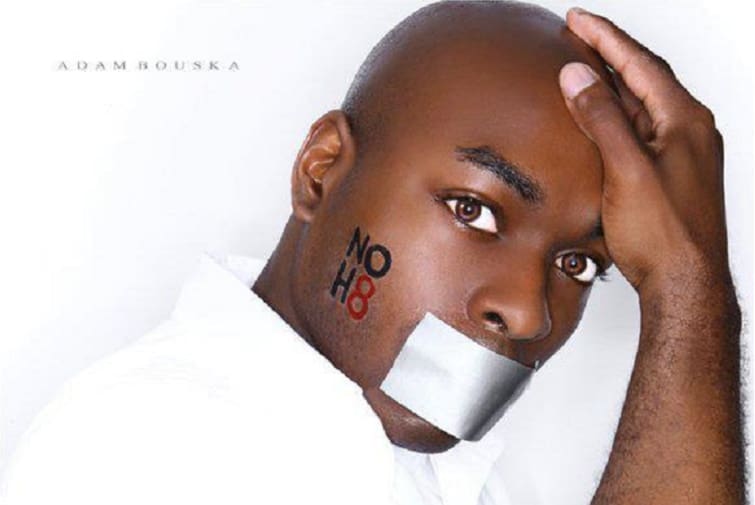 Darian Aaron: In 2016, resolve to be less racist

I’m outspoken, but not as much as people believe. To be honest, I’m much more comfortable expressing myself through the written word than I am in situations where people have certain expectations about who I am before I even open my mouth to speak.

Yet, I can’t fully relate to the fear that most people have of public speaking and I’m still working to understand the disappointment some people feel when the “angry” and “defiant” “media activist” they expect is more quiet and observant in public settings. As a rule, I speak up only when I feel I have something meaningful to contribute to a conversation or a cause.

For instance, this is at least my third attempt at writing this editorial. It was originally supposed to be published in the last issue of 2015, but it wasn’t ready. The content was superficial, and if it didn’t resonate with me at my core, then I’m almost certain it wouldn’t have resonated with you.

And then on December 28, 2015, I learned that Timothy Loehmann, the Cleveland, Ohio officer who pulled the trigger on the gun that ended the life of 12-year-old Tamir Rice, would not be indicted for his crime. I instantly became numb.

Here’s a heads-up: This is not a feel good editorial to get you pumped about your New Year’s resolutions and inevitable trip to the nearest gym to finally shed that extra weight you’ve been telling yourself and anyone who will listen that you’re going to lose. We’ve dedicated other pages in this issue to that. This editorial is about a conversation we need to have as human beings and as a community.

As the popular social media hashtag #Leaveitin2015 suggests, with some all too common inequalities, we need to do just that. The daily injustices faced by people of color in this country must no longer be ignored by people of privilege, who never have to wonder whether a routine police stop will result in their last moments; or whether a little boy playing with a toy gun in a neighborhood park like millions of his peers is taking a chance with his life if he’s the wrong color.

You’re probably asking yourself how this issue affects the LGBT community, or whether it’s even appropriate to be discussed in the pages of Georgia Voice. Or maybe this is your greatest fear realized about the appointment of an African-American editor to a publication you’ve come to expect to reflect only your issues and concerns. Trust me, I understand. This is not a comfortable discussion to have, but it’s a coming-out of sorts that we must address with the same vigor as we do our own personal admissions. I also understand that there are people of color who identify as LGBT and live with the real fear of becoming the next Tamir Rice or Laquan McDonald or Trayvon Martin or Renisha McBride or Jordan Davis or Mike Brown; I’m one of them. Our shiny suits, fancy degrees, and sexual orientation will not save us. These are not just black issues. These are people issues. We’re all affected; even those of us who willfully turn a blind eye as more black lives are prematurely stolen or more survivors speak out about structural racism and police brutality, only to be rebuffed by claims of “he deserved it,” or “he should have just complied with police orders,” or “he shouldn’t have worn a hoodie,” as if any of these things guaranteed our safety.

I fear that many of us in the LGBT community believe the war was won on June 26, 2015, when the Supreme Court ruled in favor of marriage equality. Empire State Pride Agenda, a long-standing New York LGBT organization, all but said so when it decided to conclude major operations and transfer its policy work to partner organizations in 2016. Nevermind an ongoing HIV/AIDS crisis, the lack of LGBT employment protections, a rash of transgender murders, racism, police brutality and an LGBT youth homeless crisis, all of which affect the most vulnerable within our community. Make no mistake about it: the war has not been won. Sen. Josh McKoon (R-Columbus) is days away from reminding us how pissed off the opposition is that their culture war and decades-long crusade to silence LGBT folks and push us into the periphery has failed.

Don’t allow yourself to become McKoon in 2016, blind to your own privilege and actively working to oppress others, whether it’s through legislation, hateful rhetoric or complicit silence in the face of injustice. The onus shouldn’t just fall on the oppressed to dismantle structural racism and a corrupt criminal justice system. This is your fight too. None of us are free until we’re all free.