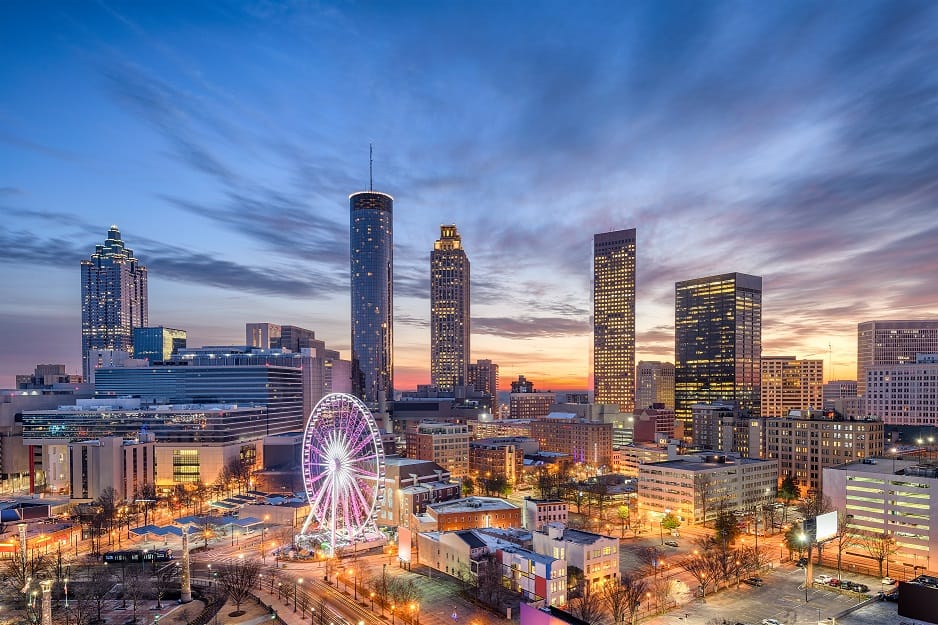 I’m pretty sure this is all a dream.

Picture it: Macon, 1997. A goofy teenager strolls down the famed Cherry Street in a busier corner of downtown. She stops at a newspaper stand outside one of the few places ballsy enough to ﬂy a rainbow ﬂag out front — Colors on Cherry, a lesbian-owned tattoo parlor. Just before her is a fresh stack of newspapers, a delight for someone who reads voraciously.

That’d be me, too nervous about the foot trafﬁc to pick it up. After being kicked out of high school for ﬁghting bullies back, carting around a “gay newspaper” seemed an invitation to even more trouble. Still, I couldn’t avoid it. I came back later that day and grabbed a copy, taking it home to read it in safety. It was there that I realized an entire world going on just above my head, in the big city from whence this paper came.

Atlanta. (Was that where I belonged?)

Southern Voice was the predecessor to the paper you’re holding now. Roots run deep, especially in this community. Good.

“SoVo” introduced me to the notion that there were other social outcasts out there making real moves. Instead of defending themselves in locker-laden hallways, however, they were losing their voices in congressional halls debating their legitimacy as equal citizens; there were other outcasts rolling up their sleeves not to avoid getting caught up in their clothing during an unwanted brawl, but to avoid getting them dirty as they slogged through all the paperwork it took to demonstrate the right way; there were other outcasts lacing their boots tighter not to avoid them coming off as they ran from homophobic classmates, but to gain better footing as they proudly walked the walk of social and political momentum with rainbow ﬂags ﬂying proudly from their ﬁsts.

That’s where my energy was going, I decided. Those were my people.

And so I went, learning the ropes of activism from my elders who took me to rallies and meetups with like-minded folks who needed their voices heard. It was through those fearless advocates that I learned how important it was to get out there and show my face to — and
not run from — the world as a citizen and member of this community. And year by year, we helped shape a newer, more progressive
vision for our movement. Through that work, we summoned fairer legislation into being. Not perfect, per se … but a little more fair. Believe me when I say there’s not a snowball’s chance in a Southern summer that we’re even close to being through. With our team of writers sending their dispatches into the world, you can rest assured we’re giving rise to even more progress in the years to come.
Just like many thousands out there, the teenage version of me realized her true genesis of self thanks to the folks with the gumption to start
an LGBTQ publication during my teenhood.

If you could see how much sweat — decades worth! — it took to make possible what you’re holding in your hands, you’d feel the same sense of pride that I do. And to think: They brought that pugnacious young woman, all grown up and chilled out in her 30s, aboard as its editor.
(I’m still pinching myself, truth be told.)

Roots run deep in this community.