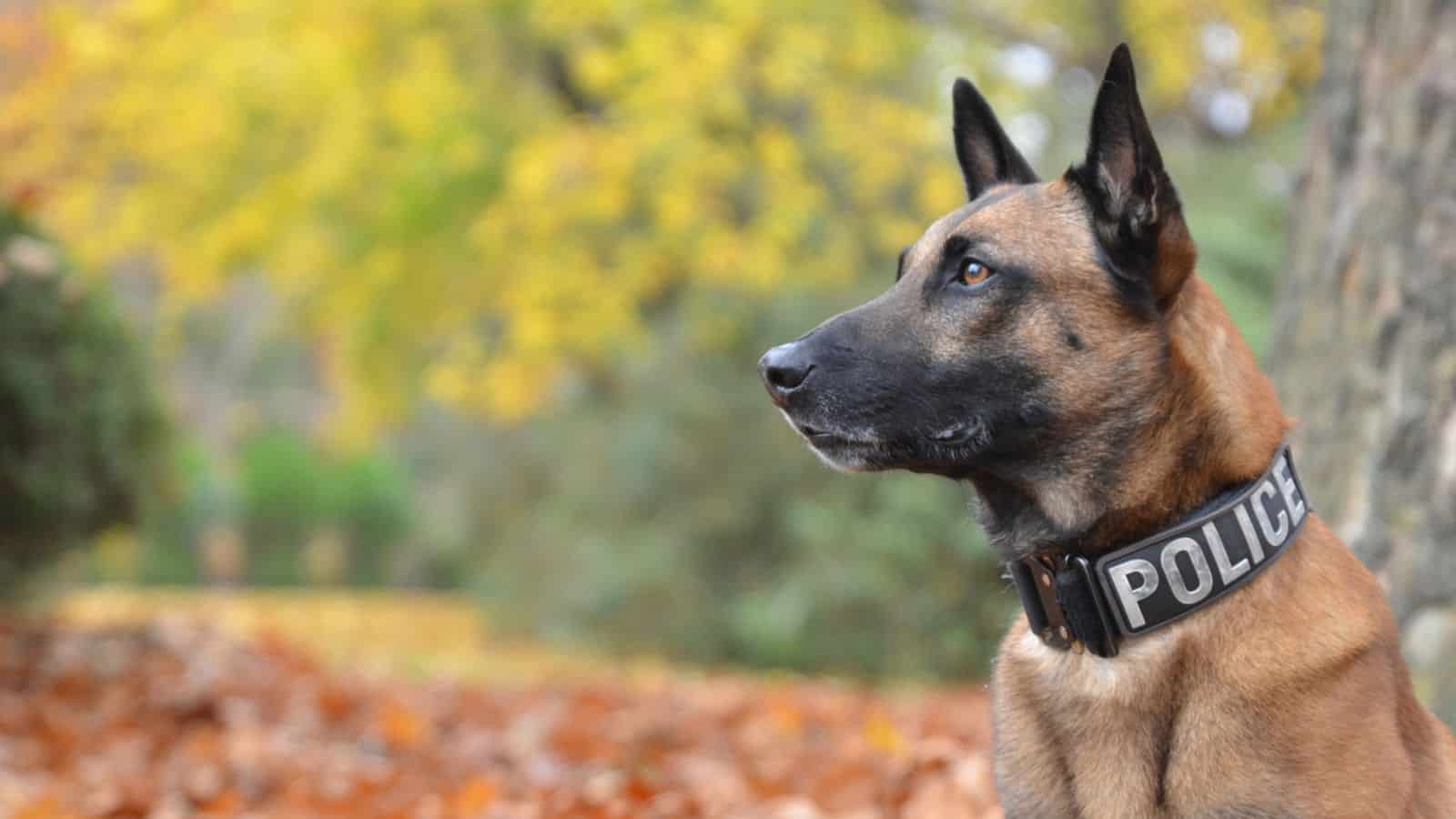 In Reverence of Cop Dogs

Flashing blue lights, guns drawn, and a fierce, highly skilled German Shepherd racing after a perpetrator. Growling and snarling, the dog expertly takes down the crook. All is well. This image is brought to most of our minds when a Police K9 unit is mentioned, but their job duties are so much more varied. Intelligent and diligent dogs sniffing out narcotics buried deep inside of a suitcase at Hartsfield Jackson. Dogs sweeping stadiums before big events. Canine officers helping halfway houses stay clean of contraband. These scenarios are real, but as I learned, there is much more to be understood about the good boys and girls of law enforcement.Dogs can be trained to smell anything for a specific purpose. From puppyhood, these specialty breed dogs are given toys with the scent of their future job on them. At just a few weeks old, the toy and the smell it carries becomes firmly associated with fun and games of chase. The toys are scented with everything from guns, explosives, narcotics, and even cell phones. Their entire lives revolve around training but always under the guise of play. After a dog is assigned a handler, their day-to-day lives revolve around keeping the dog hooked on those specific scents. Explosive detection dogs must memorize 21 different smells alone. A narcotics K9 must be able to identify marijuana, cocaine, methamphetamine, opiates, ecstasy, and LSD.During last year’s NCAA National Championship game, over 200 dogs swept the Mercedes Benz Stadium before the game ever started. Every Atlanta United game at Mercedes Benz sees a two-hour initial search with 12–15 dogs before fans are allowed inside. Bag tents and parking lots are swept every hour on the hour for the duration of the game. The stadium is swept again after United wins (also when they lose). The stadium is approximately 2,000,000 square feet and can house 75,000 people. Working in ten-hour shifts, these dogs and their officers spend countless hours in the shadows in the earnest attempt to prevent a tragedy before it strikes. However misconstrued or unnerving police presence can be, these officers are fighting an unknown enemy and must act accordingly. In the age of domestic terrorism, perpetrators, tactics, and targets are ever changing requiring K9 dogs to be versatile and diligent.The working life of the best of the best dogs starts at about two years old. Their sense of smell declines as they age, only giving them an effective career until they’re between the ages of eight and 10-years old. So, what happens when these dogs reach their retirement? Working dogs are not going to hang out on the couch, even in their twilight years; they need to be consistently challenged and have meaningful work to do. Most of the dogs stay with their officers after retirement — after a lifetime of working and living together, no one is better suited to care for them. However, these dogs do not earn a pension and their owners must pay the costs. Anyone who has owned a senior dog knows that those costs can skyrocket quickly and donations help tremendously to offset the burden. If you are interested in supporting these brave animals who’ve most likely saved dozens of lives in their short one, please visit RetiredPaws.org or PoliceK9Help.com.