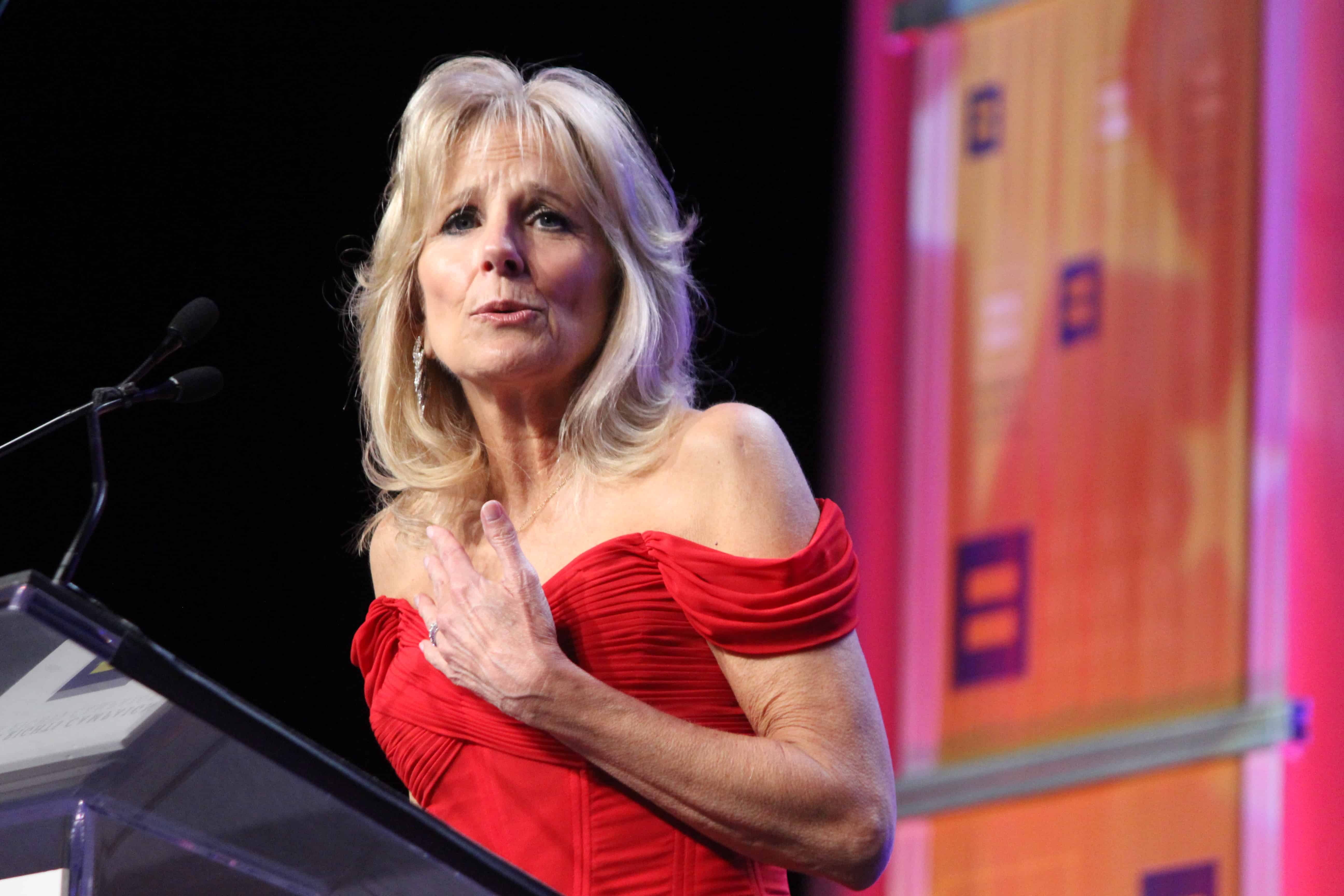 Dr. Jill Biden, wife of Vice President Joe Biden, was the keynote speaker at the 28th annual HRC Atlanta Gala Dinner & Silent Auction on May 2 at the Hyatt Regency, just days after the U.S. Supreme Court heard oral arguments that could determine if marriage becomes the law of the land for all couples perhaps as soon as this June.

Some 1,200 people attended the “gay prom,” as it is known, with money raised from the dinner going to the national HRC organization based in Washington, D.C., the nation’s largest LGBT advocacy group.

But the fight for equality continues long after the Supreme Court rules, Biden said. 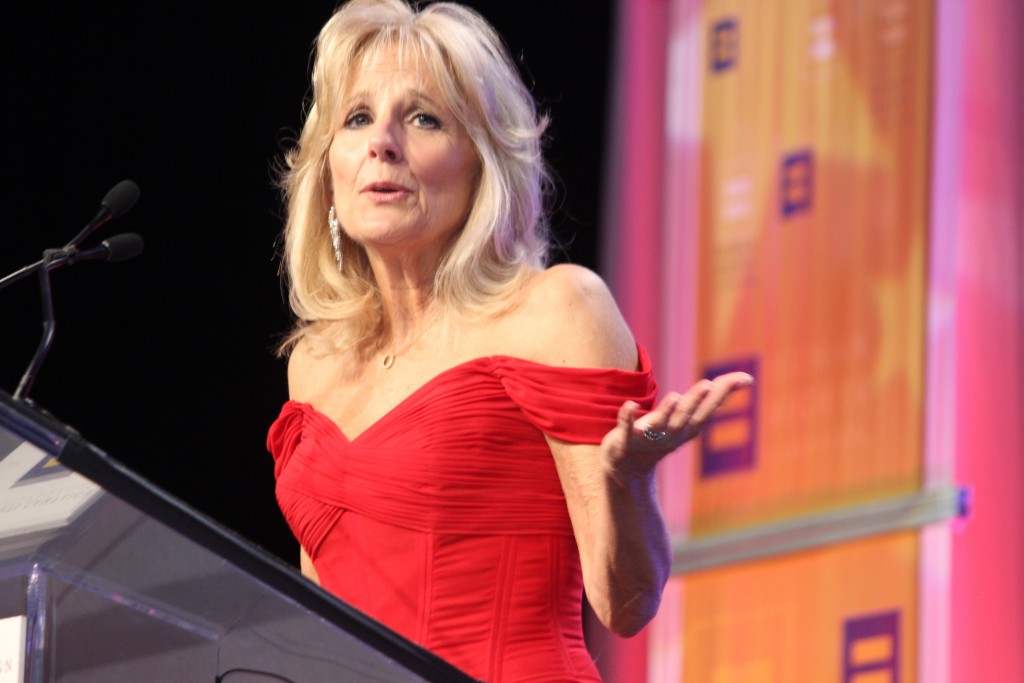 “Now, I’m not a politician but I’ve been around politics long enough to recognize that nothing compares to the kind of sweeping change we have seen on LGBT issues in the last six years. But ultimately, this isn’t about changing laws—it’s about changing lives,” she said.

“We know that the work doesn’t end with a Supreme Court victory. If we’ve learned anything from the story of civil rights and equality in America, it’s that real, lasting change requires long-term commitment,” she said. “It means staying engaged and vigilant, and not taking progress for granted because, if you’re not careful, it can be taken away.”

Also speaking at the dinner was Jim Obergefell of Obergefell v. Hodges, the landmark lawsuit in Ohio seeking for legal recognition of same-sex marriage. The Supreme Court combined Obergefell’s lawsuit with lawsuits from Tennessee, Michigan and Kentucky as it considers striking down state bans on same-sex marriage or requiring states to recognize legal same-sex marriages from other states, or both.

“I do. It’s such a simple sentence and yet it encompasses so many promises. Three of those promises are especially important to me: I promise to love, I promise to protect you, I promise to honor you,” he said. 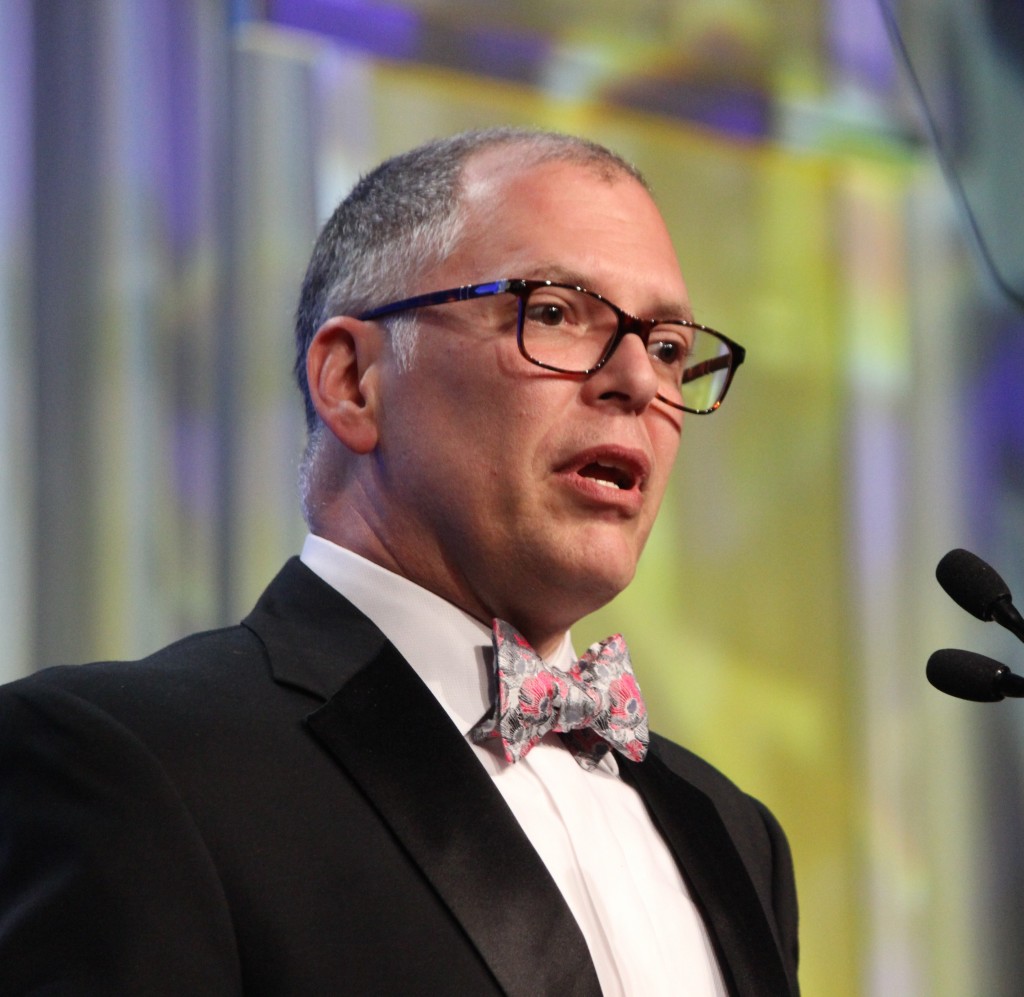 Obergefell made those promises to his husband, John, and said he also makes those promises to the entire LGBT community as he plays a role in working to bring marriage equality to everyone. After John was diagnosed with ALS in 2011, and as he became sicker, they decided to legally marry in Maryland. Friends helped them charter a plane and the two married on a Baltimore tarmac.

“I wish he were here to see how far we’ve come. Marriage equality isn’t the prize. Its a step, a very significant step, but still just one step, on our path to full equality, and I’m humbled to play a small step in moving that fight forward,” he added.

Molly Simmons, member of the national HRC’s board of directors, told the crowd Saturday that HRC donated $70,000 to Georgia Unites Against Discrimination, a coalition of several organizations, to help defeat the “religious freedom” bill this session in the General Assembly. The bill is not dead, however, and will rise again next year.

“We were proud to work alongside Georgia Equality and other organizations in the Georgia Unites Against Discrimination Coalition. HRC’s staff and in-kind contribution to this effort involved sending a full-time field manager to Atlanta and hiring four temporary field organizers to work in select parts of the state,” said Adam Talbot, an HRC spokesperson, on Monday. “HRC also provided a patch-through phone program to generate constituent contacts from moderate and conservative voters to key lawmakers.” 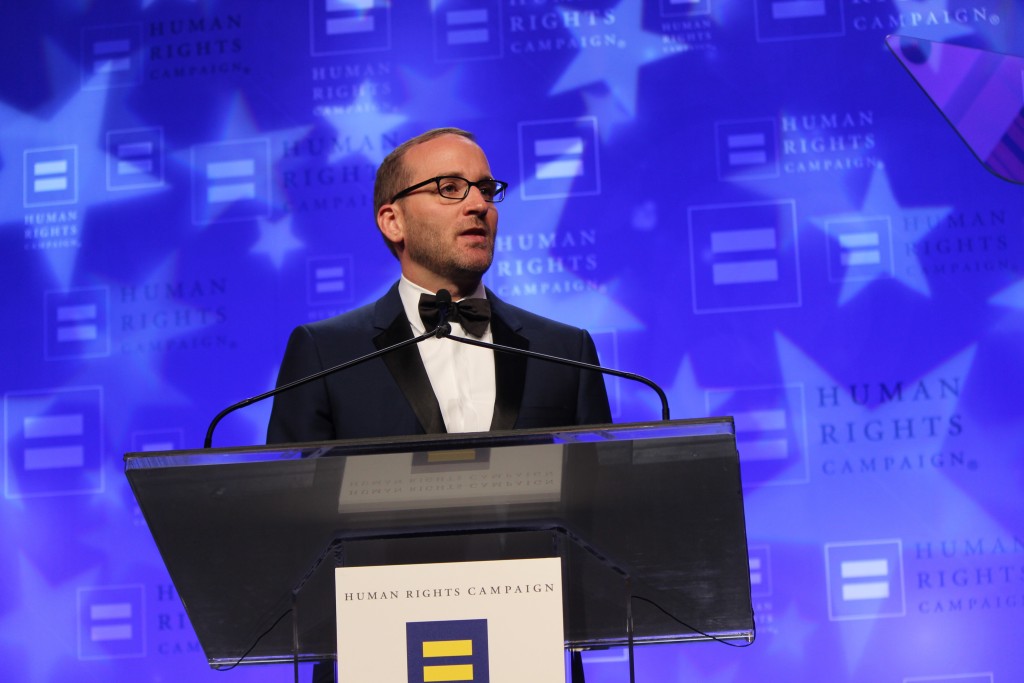 HRC President Chad Griffin said next year work begins on passing a federal LGBT nondiscrimination bill to protect all people in the workplace, housing, access to public accommodations as the LGBT movement must move “beyond marriage.”

“People can be married at 10 a.m., fired by noon and evicted by 2 p.m. because they put their wedding photos on Facebook,” he said.

“We can change this epidemic of discrimination in this country, and beyond marriage we must change it. And that’s why in this session HRC will lead the fight for a comprehensive nondiscrimination bill. This will be the biggest legislative battle in the history of our movement,” he said. 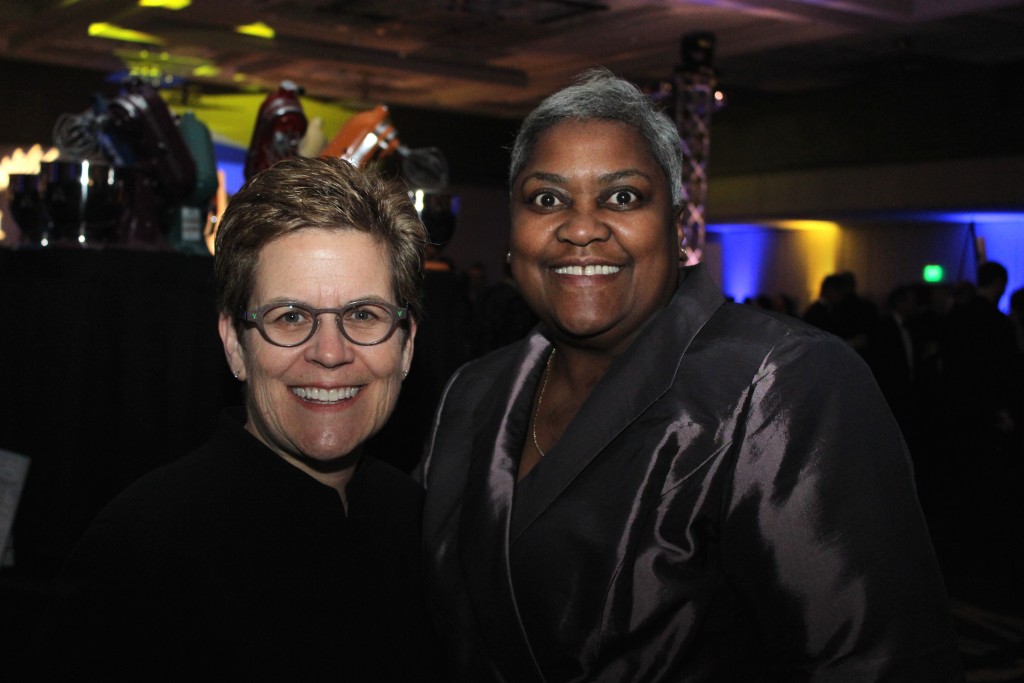 As with all HRC dinners, politics comes into play as local candidates seek LGBT votes and money. Former Atlanta City Council President and current mayoral candidate Cathy Woolard was escorting Shelitha Robertson around and introducing her to people. Robertson is running in the June 16 special election to fill state House District 55 seat—the seat vacated by Tyrone Brooks after he pleaded guilty last month filing a false federal tax claim and also no contest to charges mail and wire fraud. Also running for the post is Brooks’ son, Tyrone Brooks Jr.

In 2014, Robertson ran for Fulton County Superior Court judge, but lost to openly gay Jane Barwick, a magistrate judge, in the race to succeed retiring Judge Cynthia Wright, who is also a lesbian.

Robertson gained notice from the LGBT community for helping get the eight employees of the Atlanta Eagle out of jail after they were arrested in a botched raid by the Atlanta Police Department in 2009. 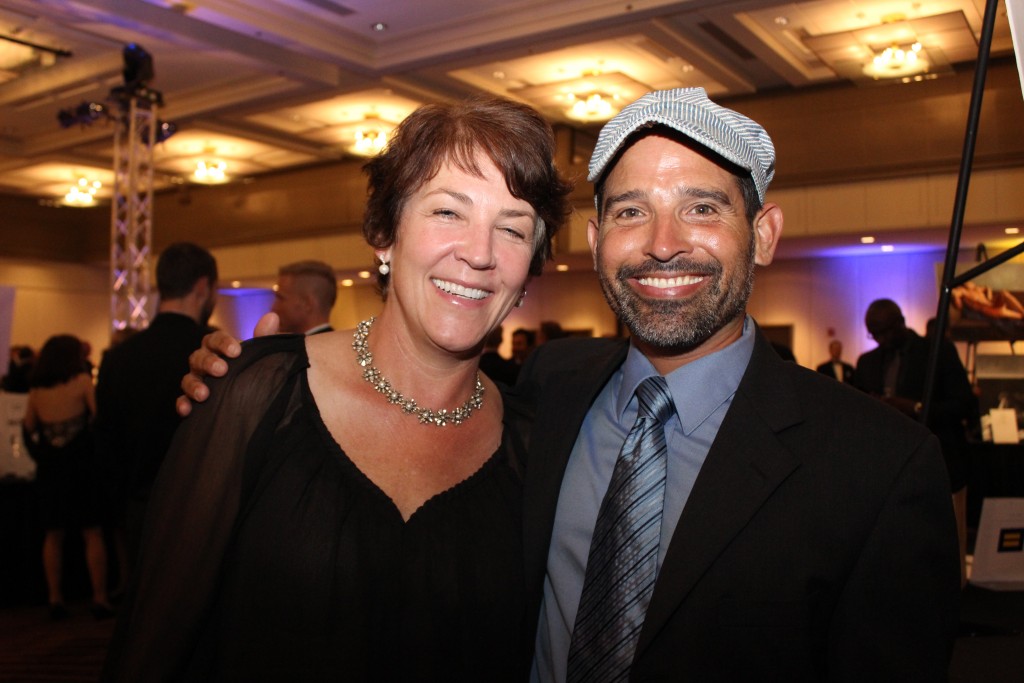 Margaret Kaiser, who is stepping down as a state representative to run for Atlanta mayor, was also at the dinner with her gay date, Angel Luis Poventud, an avid advocate of Atlanta, including projects such as the BeltLine, Trees Atlanta, and neighborhood revitalization efforts. 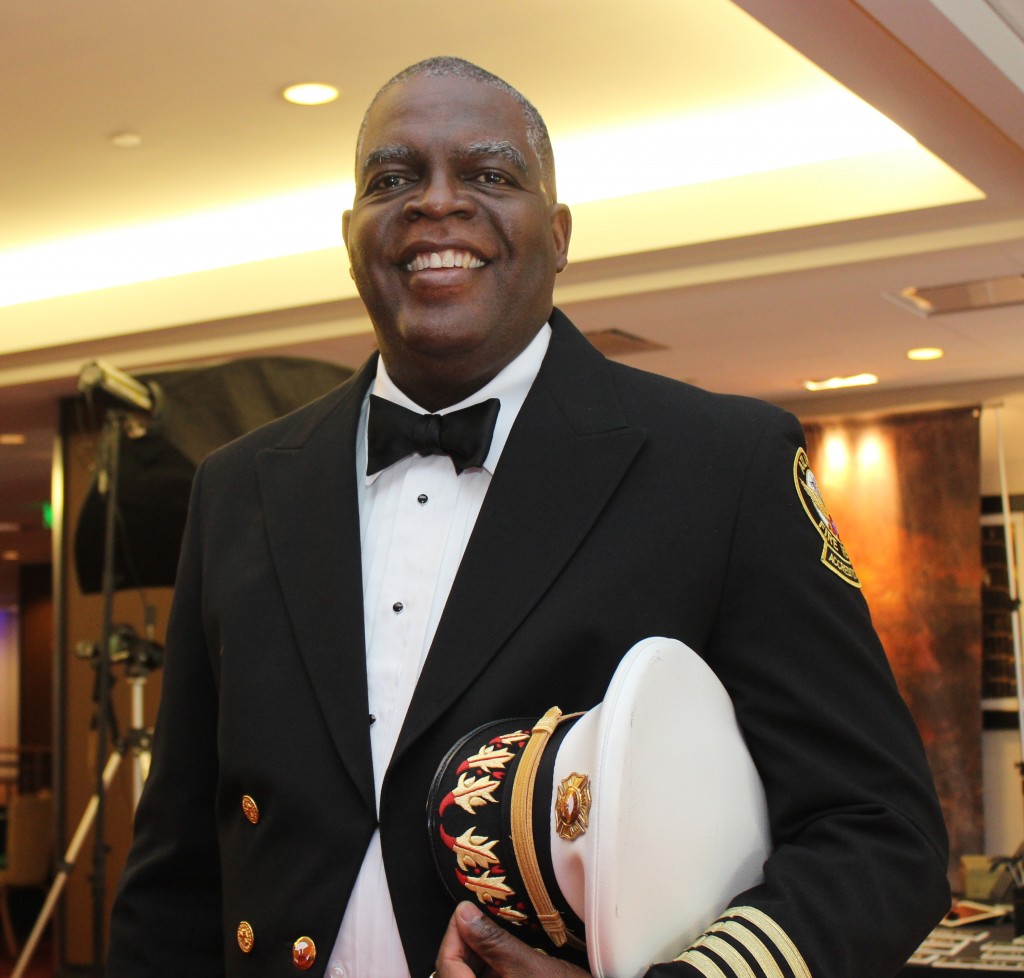 Atlanta Mayor Kasim Reed did not attend the dinner, but Interim Fire Chief Joel Baker was on hand, making the rounds and posing for photos. Reed fired the former fire chief, Kelvin Cochran, for violating city policy in writing an anti-gay book; Cochran is now suing the city of Atlanta and Reed in federal court alleging he was discriminated against because of his religious beliefs. 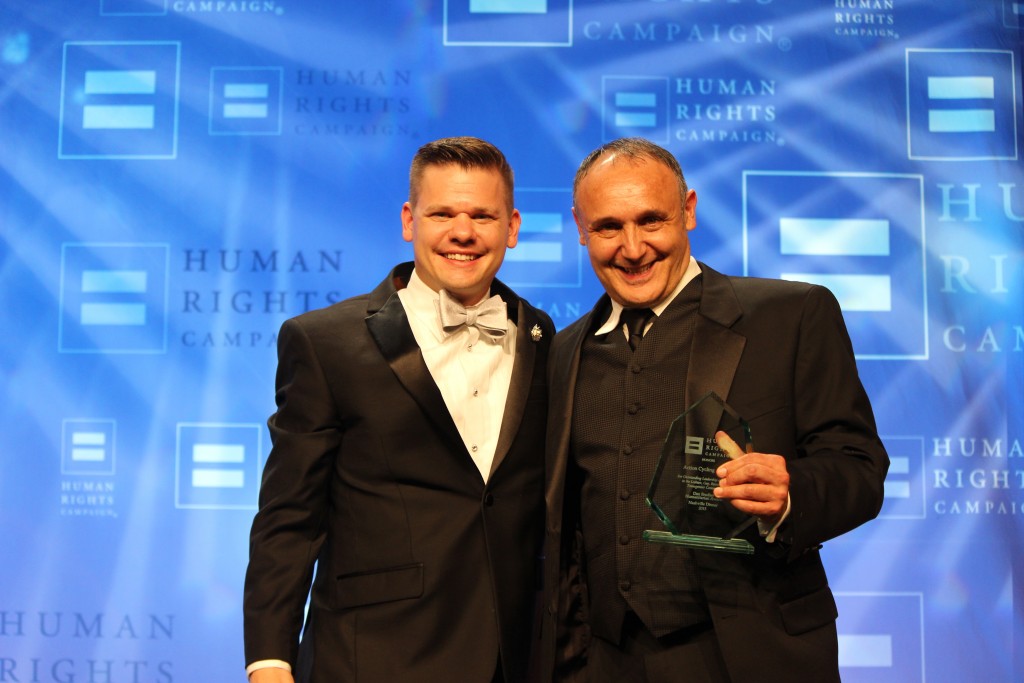 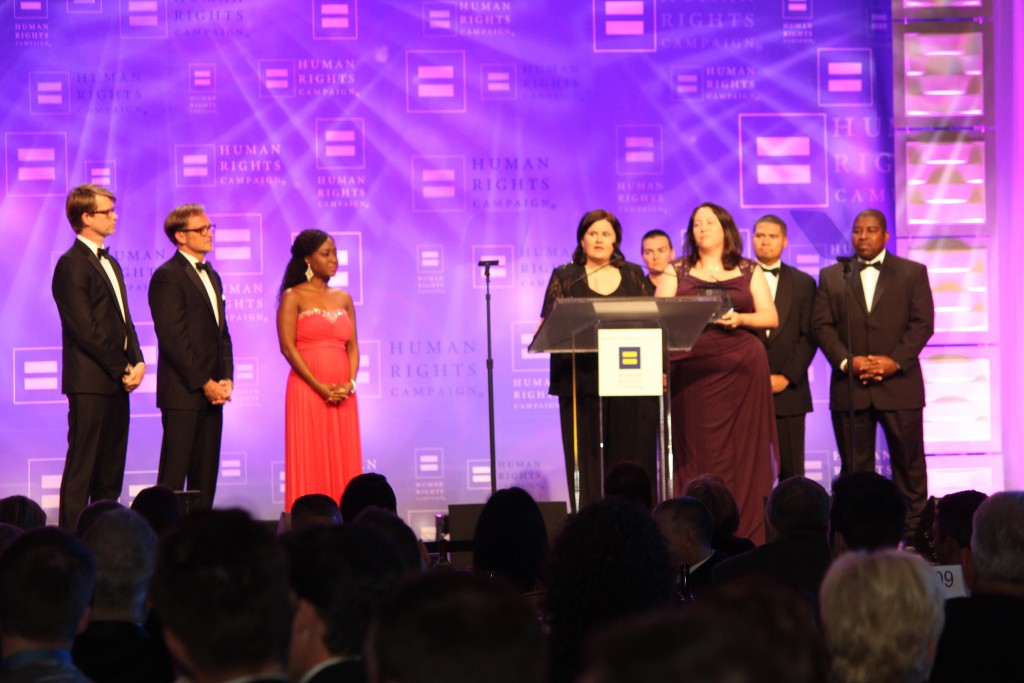 Receiving the Leon Allen & Winston Johnson Community Leadership Award were the plaintiffs of the Inniss v. Aderhold lawsuit—Georgia’s federal lawsuit seeking to overturn the state’s same-sex marriage ban. The case is on hold, though, until after the Supreme Court rules. 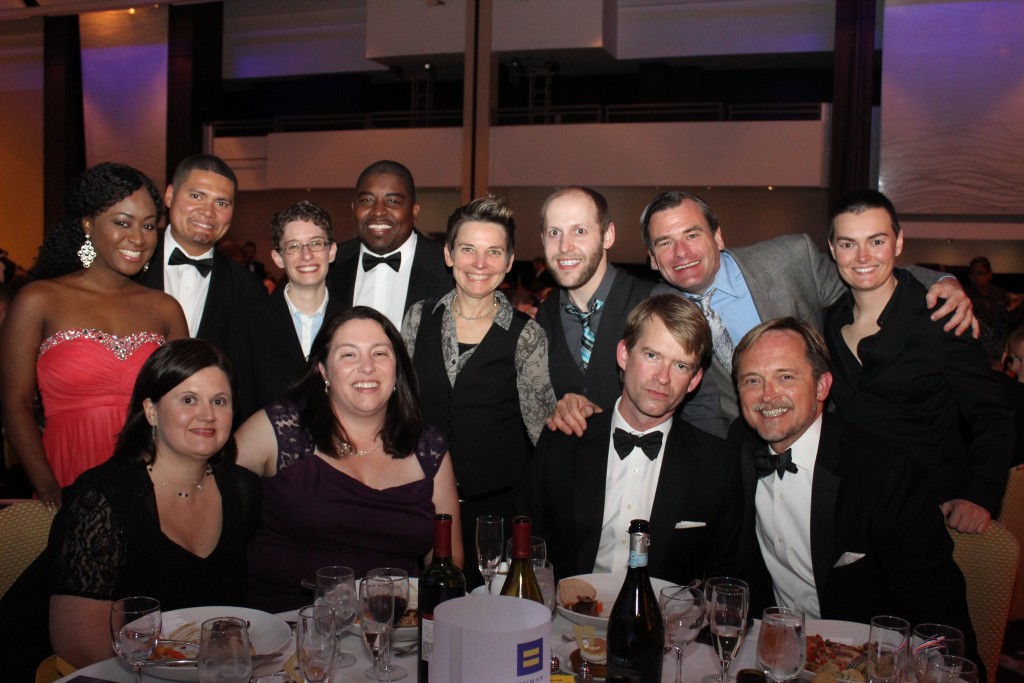 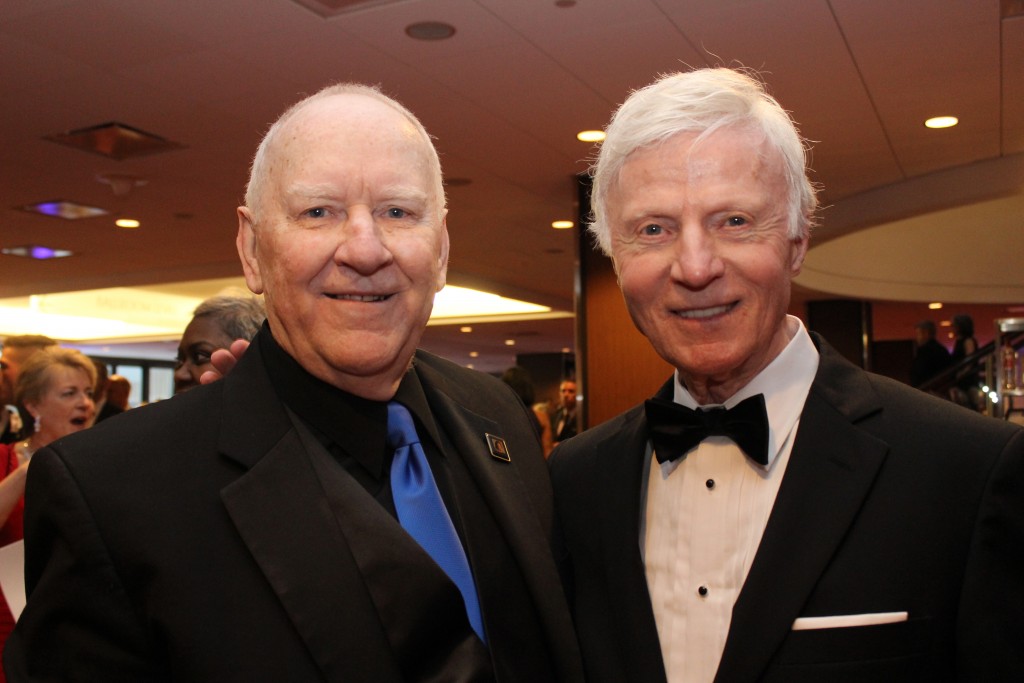 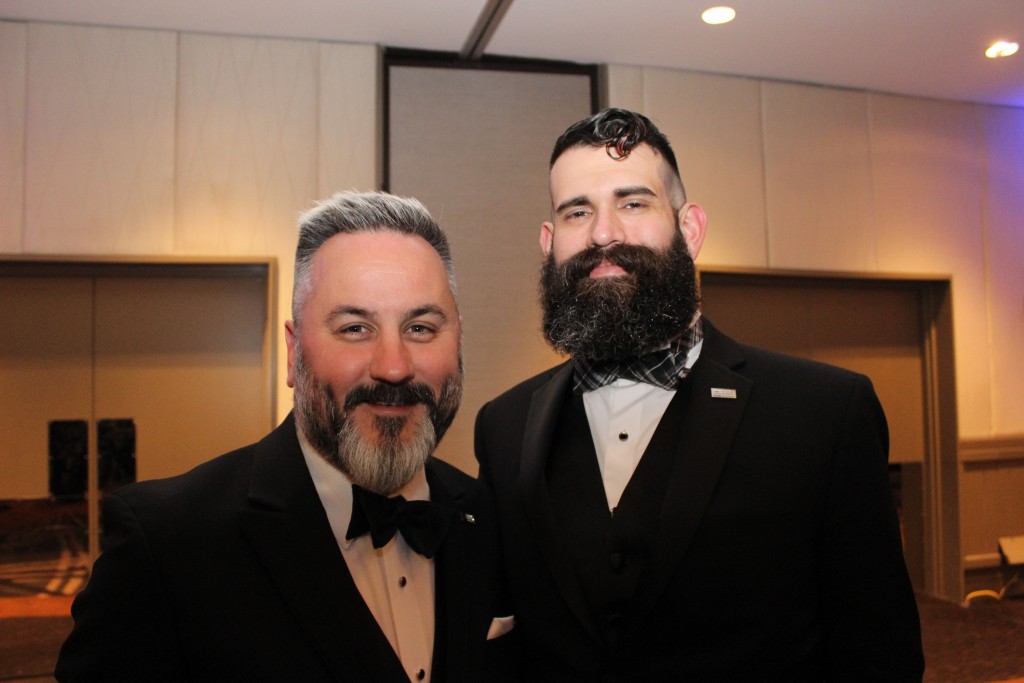 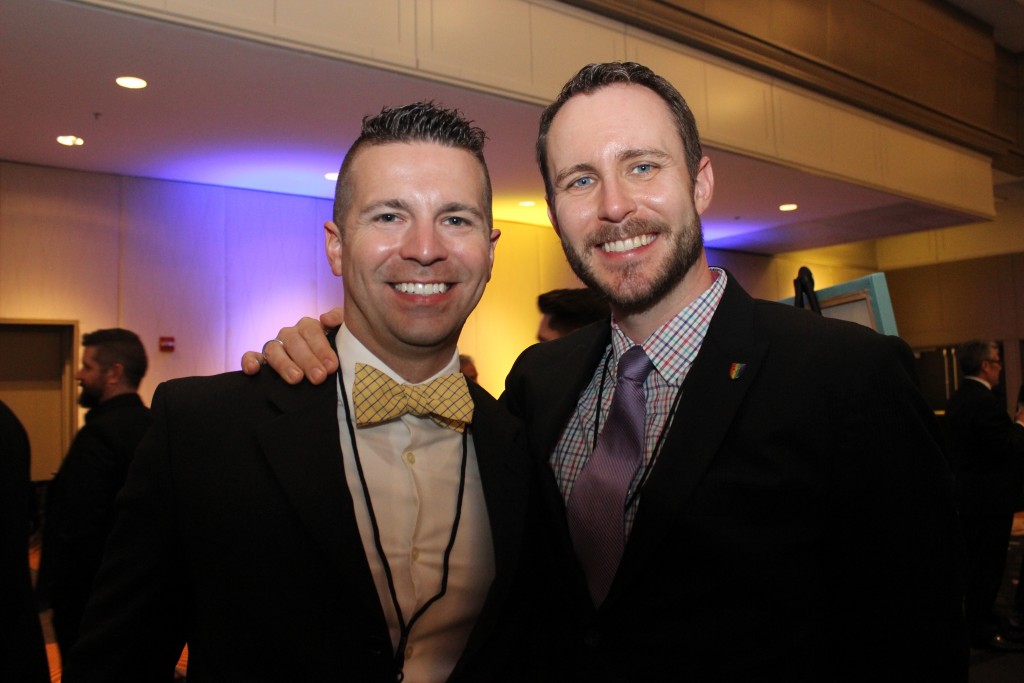 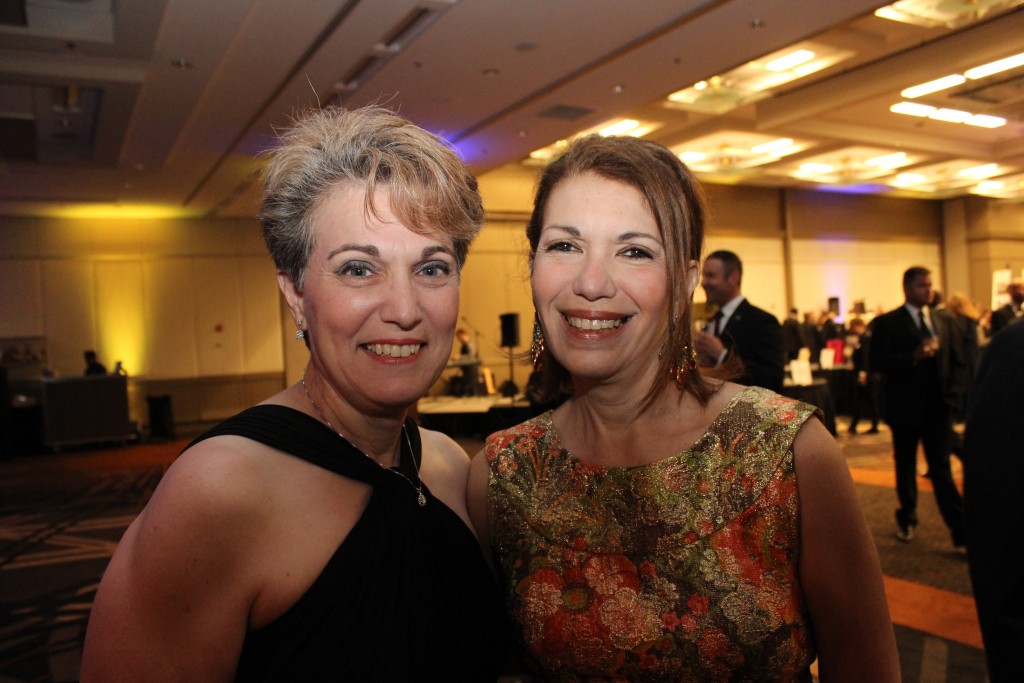 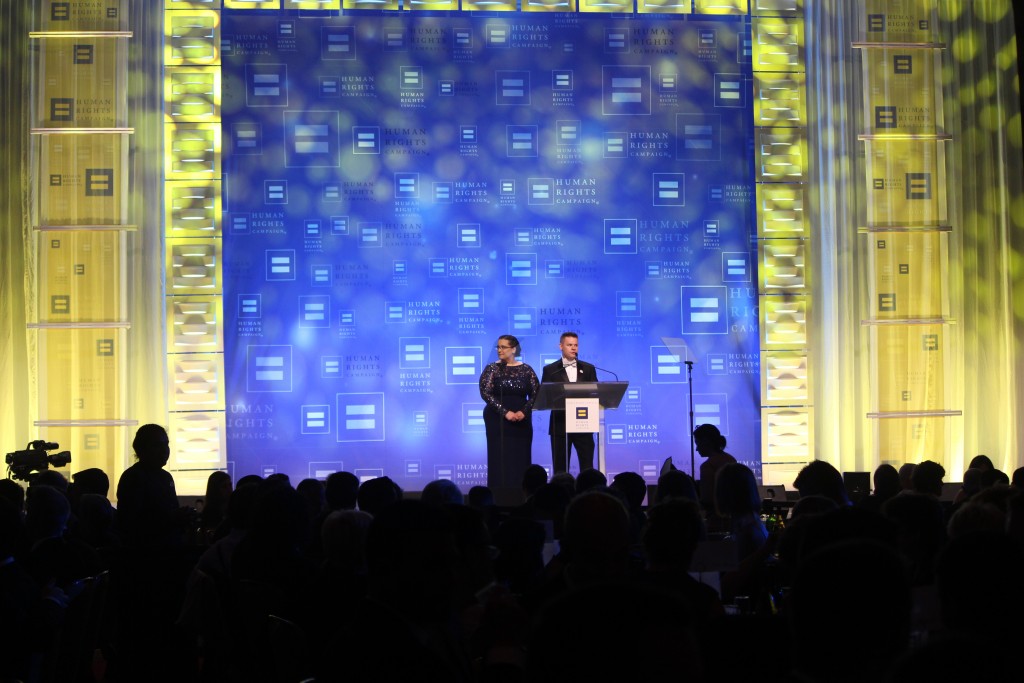 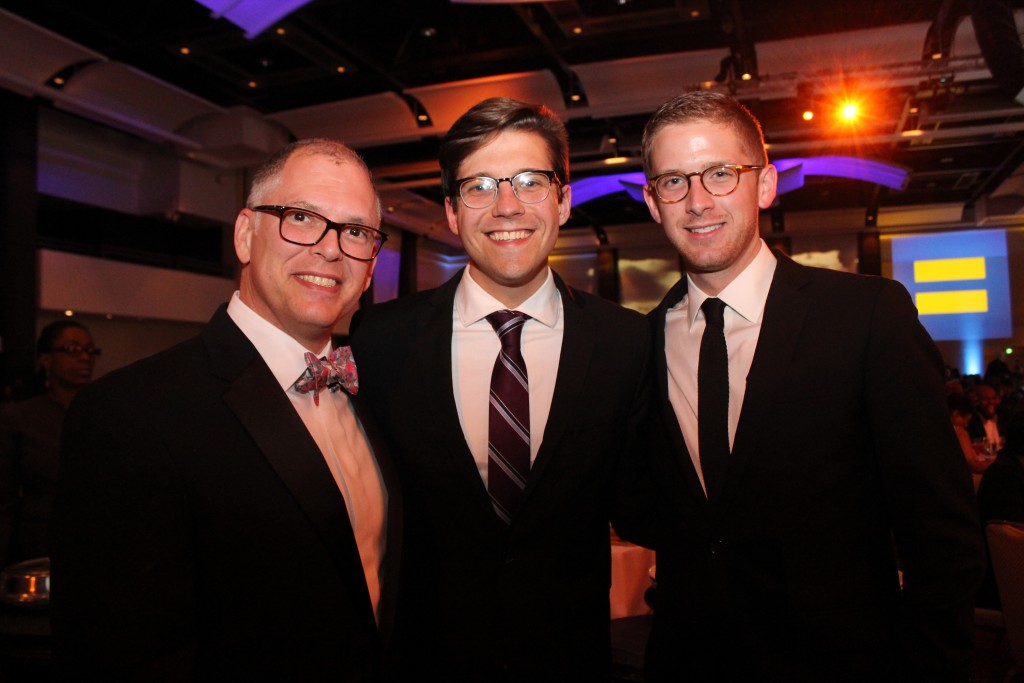 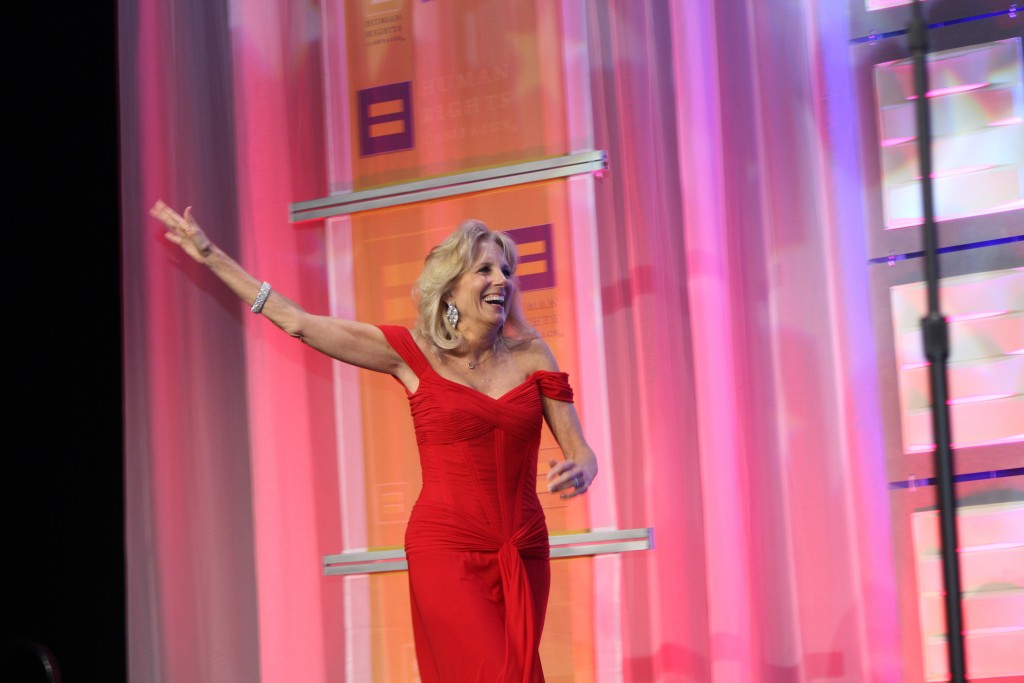