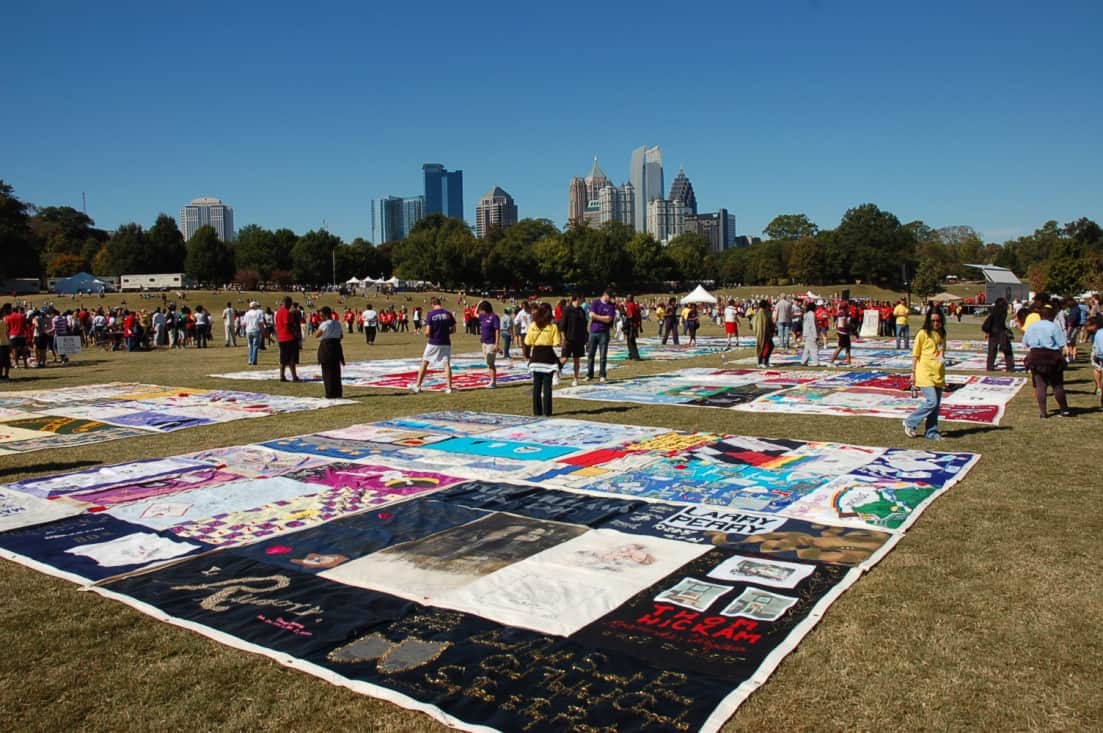 UPDATE: An interview with AID Atlanta Interim CEO James Hughey can be found by clicking here.

The AID Atlanta board of directors voted Thursday evening to have AID Atlanta join forces with AIDS Healthcare Foundation. Staff members were notified Friday morning about the deal.

The press release also states the organization will continue to operate as AID Atlanta and that no jobs are expected to be cut as a result of the deal.

From the press release issued today about:

AID Atlanta and AIDS Healthcare Foundation (AHF) are joining forces to expand the Agency’s capacity and provide critical lifesaving services to those affected by HIV/AIDS throughout the 27-county Metro Atlanta area it serves. The organization will continue to operate as AID Atlanta and plans to continue current programs and primary care services at both locations with no anticipated disruption of services to patients. No jobs are expected to be cut as a result of the affiliation. The organization will continue to provide holistic healthcare for patients including primary care, case management and ancillary services.

Last year, AID Atlanta announced it was expanding its services and broadening its scope by making the transformation from an HIV/AIDS service organization to a comprehensive $700,000 health center offering primary care. In February, Jose Diaz resigned as CEO of AID Atlanta after only a year on the job due to health reasons. He told Project Q Atlanta he had liver cancer and needed a liver transplant.

The Georgia Voice will follow up with more information as it becomes available.

Editor’s note: An earlier version of this story had the headline “AID Atlanta acquired by AIDS Healthcare Foundation” and also included the word “acquired” in the first paragraph. An AID Atlanta spokesperson called back to say that “acquired” was the wrong word and to change it to “joining forces.”

From the press release today:

Both organizations have similar missions and serve HIV-positive patients with a wide variety of services. The leadership of both organizations anticipate being able to test more and get more positive people into care no matter where in Atlanta they live. “We want to focus on the areas that have been neglected and where the epidemic is at its height. AID Atlanta approached AHF because it’s a fight we want to win,” said James Hughey, interim CEO of AID Atlanta.

AID Atlanta provides programs and services to underserved/under insured men and women who need a resource to help them address issues related to HIV and STDs. Although the agency serves over 5,000 patients yearly, it only engages about 10 percent of the HIV positive community in Metro Atlanta. Both organizations have similar missions and serve HIV-positive patients with a wide variety of services.  The leadership of both organizations anticipate being able to test more and get more positive people into care no matter where in Atlanta they live.

Also from the press release:

Chip Newton, chair of the board of AID Atlanta, said, “The Board’s transformational strategy has always included partnerships that further our mission and allows us to expand our capabilities in the Region. This affiliation will enable AID Atlanta to continue to be a sustainable organization and continue its mission to provide urgently needed services and programs that help to provide holistic healthcare for people living with HIV.”

Hughey added, “HIV is not over in Atlanta or Georgia. This relationship allows us to expand our delivery of services to more people; services like case management, health education and prevention to our patients. We are thrilled to affiliate with AHF in this exciting new collaboration that we believe will transform HIV healthcare in Metro Atlanta.”

Michael Kahane, bureau chief, Southern Region for AIDS Healthcare Foundation: “Both AHF and AID Atlanta share a common mission to stop the spread of HIV and improve the lives of all people living with HIV/AIDS and other disenfranchised populations.  Individuals impacted by HIV and affected by mental illness, substance use, incarceration and poverty should be treated compassionately, fairly and without judgment. Each organization has a long history of providing such services and we want to build on that history to better serve Atlanta and Georgia. This new partnership allows both organizations to continue to leverage our respective strengths to better serve the needs of people living with HIV/AIDS throughout Metro Atlanta.”

Michael Weinstein, president of AHF: “AHF recognizes the critical nature of supporting patients and clients with local grassroots community-based agencies and services that are crucial to ensuring better health care outcomes. Nowhere is this more evident than in supporting individuals living with HIV/AIDS in Metro Atlanta, which has been hard hit by the epidemic. With this new affiliation, we hope we can impact the epidemic in a meaningful way throughout the region.”

The president of AHF is Michael Weinstein is a controversial figure among HIV activists who favor PrEP, or pre-exposure prophylaxis, as one tool in fighting HIV infection rates. PrEP allows HIV-negative people to take medication to reduce their risk of becoming infected with HIV.

Currently, a blue pill known as Truvada is the only drug approved for PrEP. Weinstein has described Truvada as a “party drug” that would lead to gay and bisexual men having casual, anonymous sex without any concerns, and is often the only HIV activist speaking out against its use in media reports.

Some local HIV activists have spoken out against Weinstein’s stance against PrEP.