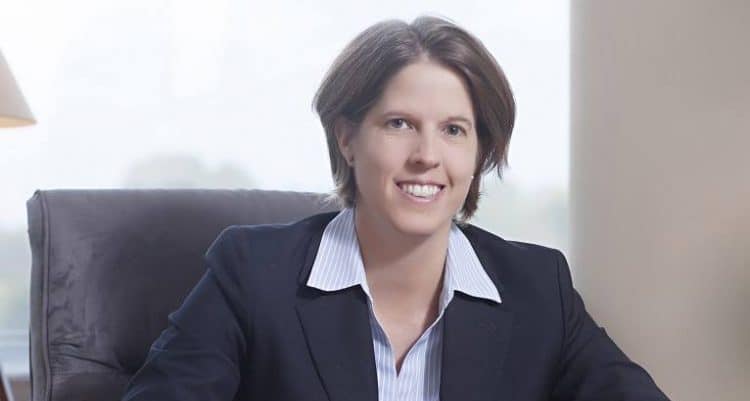 Two loving parents, plus a child, equals a family — no matter what the parents’ sexes are.

When two loving heterosexual parents separate, married or not, both parents are able to pursue custody. But for two loving same-sex parents, the non-biological parent does not have custodial rights protected under Georgia law.

Her client, Maribel Faubert-Rocha, said she’s not the only one going through this type of case and won’t be the last.

“We decided to create a family together and the laws should protect both the parents and the child,” she said. “Bottom line, for me, this is just a mother trying to get rights to her son.”

“It’s a situation that we’re finding a lot of same-sex couples in,” VanLanduyt said. “These two women met in 2008, a long seven years before that civil rights landmark decision comes down. No ability to marry, but they want to have a family.”

VanLanduyt’s client and her then-girlfriend went through in-vitro fertilization and had a son. Faubert-Rocha is the non-biological mother.

“Their relationship deteriorated and they separated. As part of the separation, they entered into an agreement, a contract that we call a parenting agreement,” VanLanduyt said. “It’s the same agreement that divorcing moms or dads enter into.”

Then the biological mother chose to opt out of that contract, and refused to allow Faubert-Rocha to see their son. VanLanduyt filed an action for custody, and the judge dismissed it, saying there was no action they could take.

“I’m like, how is she supposed to do this then? If you’re raising this child and the child knows her as the mom, how do we get her recognized as the other legal parent?” VanLanduyt said.

VanLanduyt’s case is based on the 14th Amendment. In her interpretation, the government cannot come in and tell a parent how to raise a child without cause.

“The question is, can you, by contract, share your parental rights, which are constitutionally protected [for the biological parent], with a person of your choosing? And then when you do that, do you have to continue down that path?” VanLanduyt said.

The Hobsons’ client, Linda Hayden-Lanier, is in a similar situation. She and her partner separated, entered into a parenting schedule where both had time with their two children. Soon after the agreement was reached, Hayden-Lanier’s partner notified her — as per their agreement — that in 50 days, she planned to move across the country with the children.

Chris said they immediately filed a second-parent adoption case, a different route than VanLanduyt took. He said the judge wanted the biological mother to determine whether or not she’d consent to the second-parent adoption. During that time, a standing order was issued, requiring the children to stay in Georgia while the adoption case was pending.

“Strategically, we dismissed the second-parent, and refilled a petition for custody to mirror the argument of [VanLanduyt’s] case. That case was pending and at that time hadn’t gone before the Supreme Court,” Chris said. “The mom filed an emergency motion for release of the standing order … We filed an emergency motion for contempt of the standing order.”

VanLanduyt’s case began in Bartow County, which referred it to the state Supreme Court. Oral arguments for that case were heard March 20.

“The issue, or the determination, before the Supreme Court is, can you do this? Can you come to the court and ask for parental rights to be recognized via a contract?” she said. “They’re just answering a legal question of whether or not you can actually do this. If they answer ‘yes, you can transfer part of your parental rights by agreement,’ then it has to go back to Bartow County for a hearing.”

At that hearing, the Bartow County court would determine whether or not there was “a clear and definitive and unambiguous intention” between the biological mother and Faubert-Rocha to create a family.

“My best guess is they could have until the end of this year, which the difficult part about that is that another 12 months goes by with no decision and the child goes another 12 months without any kind of consistency or surety in his life,” VanLanduyt said.

The Hobsons’ custody case is also in legal limbo, as their judge wants to wait and see how the Supreme Court handles things.

“The Supreme Court could dismiss Denise’s case and say they don’t have grounds, but they could give direction to the superior courts on how best to handle it; or they could say that my client does have rights because they signed a parenting agreement,” Chris said.

Ultimately, Hayden-Lanier — and Faubert-Rocha — want to be recognized as their children’s mothers, Sarah said.

“We’re trying to explore avenues at which the law would provide visitation and custody rights to the non-biological, same-sex parent,” she said.

For other parents who find themselves in similar situations, Faubert-Rocha advises getting as much legal information as possible.

“I didn’t think that it would lead to this and I don’t think any parent goes into a relationship and making it out, thinking this is going to happen,” she said.