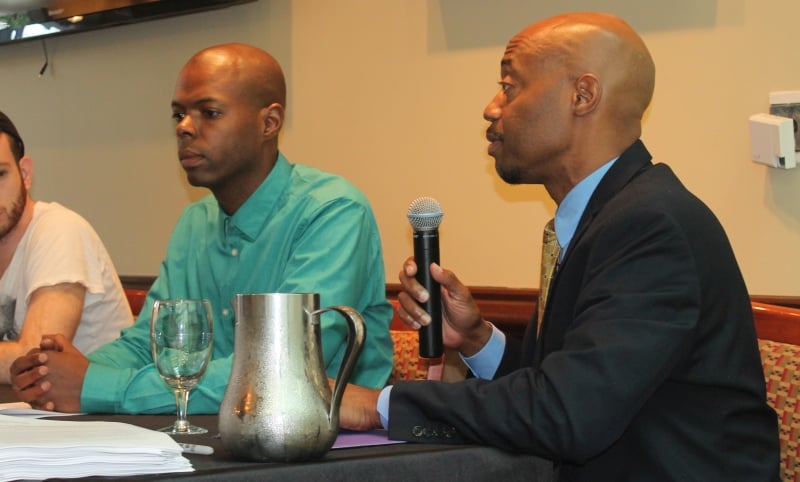 In June 2014, a team of HIV/AIDS activists from New York teamed up with Atlanta activists to call out the Centers for Disease Control and Prevention on their strategies and sense of urgency regarding the fight against HIV/AIDS. They also met with the CDC’s HIV prevention personnel to discuss their concerns and present them with The Atlanta Principles, a series of proposed actions they believed the CDC should take.

Nearly two years since then, activists are getting more frustrated as new and more alarming information on HIV/AIDS in Atlanta and across the state continues to surface every few months. A new report authored by researchers at Emory University’s Rollins School for Public Health reveals that men who have sex with men (MSM) account for approximately two-thirds of all new HIV diagnoses each year, and the highest rates of infection are in the South.

The Atlanta/Sandy Springs/Roswell, Georgia MSA was 13th out of 25 MSAs listed, with a rate of 16.43 diagnosed HIV-positive per 100 MSM. According to a recent CDC study, the risk of diagnosis for Georgia residents (MSM or not, male or female) is one in 51. And one Emory University AIDS researcher compared downtown Atlanta to third-world African countries when it comes to HIV/AIDS infections.

Atlanta HIV/AIDS activist Adolph St. Arromand was part of the group that presented The Atlanta Principles to the CDC in 2014. The group recommended a more aggressive push to support PrEP, more funding to go to the hardest hit communities and better data collection on transgender individuals, specifically separating that group from MSM to better address their specific needs.

While he notes that the CDC has been pushing PrEP more, he says they have not done enough to train more providers around the utilization of PrEP.

The CDC did release a study in February showing that expanded HIV testing/treatment and the use of daily PrEP could prevent an estimated 185,000 new HIV infections in the U.S. by 2020—a 70 percent reduction in new infections.

St. Arromand says however that “nothing has been done” on the transgender issue, but adds, “From what I understand it goes higher than the CDC, so we’re still in a place where transgender people are still being misgendered. It sounds like it has to come down from HHS [U.S. Department of Health and Human Services].”

Overall he gives the CDC a grade of C- on their HIV/AIDS efforts, saying the Atlanta rates are all the more embarrassing considering that’s where the CDC is located.

“There are too many talented experts that live within a 25-mile radius that can come down here and kind of help to break some of the chains and barriers that we have,” St. Arromand said. “But that’s not happening at all from the CDC.”

The CDC has not provided a response to St. Arromand’s comments but did issue a press release last week about the Emory University findings, with Dr. Jonathan Mermin, director of the CDC’s National Center for HIV/AIDS, Viral Hepatitis, STD, and TB Prevention saying, “By pinpointing where HIV strikes the hardest, we have a key piece of the puzzle highlighting the largest disparities within states and the South. We hope these data empower local public health officials, community-based organizations and everyone fighting HIV to bring resources to the gay and bisexual men who need them the most.”

One encouraging point that activists cite is the formation in December 2014 of the Fulton County Task Force on HIV/AIDS, especially considering the number of new infections in Atlanta. But St. Arromand says that the other 19 counties in the Atlanta/Sandy Springs/Roswell MSA haven’t been as aggressive in their approach to end AIDS.

And criticism from Atlanta HIV/AIDS activists isn’t solely directed at the CDC.

A DPH spokesperson responded to St. Arromand’s comments by saying, “The Georgia Department of Public Health is working diligently to address HIV/AIDS in Georgia, with particular emphasis on Atlanta and the MSM population. Georgia is the only state in the nation to employ two MSM Coordinators who, with the HIV program, have developed a strategy aimed at reducing the rates of HIV among this target population. This strategy includes, but is not limited to, treatment as prevention—HIV positive individuals who follow an effective treatment regimen are 96 percent less likely to spread HIV to others—continued work to improve the effectiveness of behavioral risk reduction outreach and education, and stigma-free HIV/AIDS and STD counseling via telemedicine.”

Dr. Eugene McCray, director of CDC’s Division of HIV/AIDS Prevention, had this to say in response to St. Arromand’s comments:

“Reducing the HIV burden among gay and bisexual men and African Americans are key CDC priorities. CDC has continued to intensify HIV prevention programs serving these populations over time—particularly those serving gay and bisexual men of color. Most cities with the highest HIV rates and new diagnoses are in the South. Through a high-impact approach, CDC uses scientifically-proven, cost-effective and scalable interventions targeted to the right populations and the geographic areas in greatest need—including the State of Georgia and Fulton County. In addition, CDC has increased funding to health departments and CBOs in Southern states by 22 percent since 2010.”