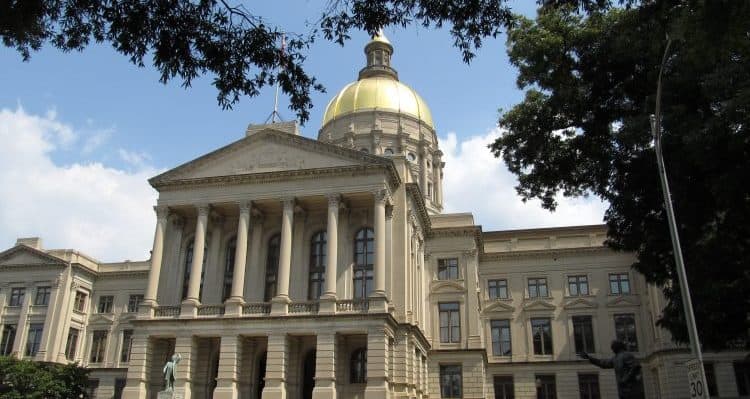 Less than a month after both Speaker of the House Rep. David Ralston and Lt. Gov. Casey Cagle told reporters they had no plans to entertain so-called “religious liberty” bills in the General Assembly this year, the first such piece of legislation hit the hopper.

Sen. Bill Heath (R-Bremen) introduced Senate Resolution 105 on Jan. 30, which asks for an amendment to the state constitution that “would protect religious organizations’ ability to receive public aid,” according to the Atlanta Journal-Constitution.

The resolution would amend Article I, Section II, Paragraph VII of the state constitution. As it reads now, that paragraph deals with separation of church and state, and says no money will ever be taken from the public treasury, directly or indirectly to aid any “church, sect, cult or religious denomination or of any sectarian institution.” Heath’s resolution adds a curious sentence to the start of the paragraph — no money will be taken for those purposes, “except as permitted or required by the United States Constitution, as amended.”

Constitutional scholar Anthony Kreis, a professor at Chicago-Kent College of Law formerly of the University of Georgia, said he is hesitant to call SR 105 a RFRA, or “religious freedom,” piece of legislation.

Kreis said the main difference between a true RFRA bill and SR 105 is intent.

“There’s a lot of potential pitfalls that can end in discriminatory results if this kind of language is repealed from the Georgia constitution and direct funding of religious institutions begins happening in a particularly robust way [but] the people who want a RFRA want by and large to discriminate. I don’t necessarily think that’s the intent here. I think it opens up the possibility of discriminatory actions subsidized by government funds,” he said.

Thirty-eight states, Georgia included, forbid the government from giving aid directly to religious institutions. The language, originally intended to prohibit private Catholic schools from receiving government funding, is called a “Blaine Amendment,” named for the Maine senator who introduced it. Even without the language in the state constitution, there are still other clauses that restrict what the state can and cannot do with faith groups.

Today, however, there is a push for private groups — many of them faith-based — to take over some jobs typically done in the public sphere. Kreis said the main one in Georgia is likely privatizing adoption.

But private adoption agencies can restrict adoption by parents with whose lifestyles they may disagree, such as single parents or same-sex couples, even if they’re married, Kreis said.

“It’s not like a backdoor way to get a RFRA. There’s certainly dangers that are disproportionately felt by the LGBT community if these types of developments happen, but it’s not exactly the same,” Kreis said. “It’s not on its face discriminatory, but there’s a lot of potential for discriminatory impact down the road.”

In order for the resolution to be added to the state constitution, it must first pass both chambers of the General Assembly by a two-thirds majority, then be added to a statewide ballot for Georgians to vote on.

Kreis said the LGBT community should remain cognizant of SR 105’s movement through the Legislature, but it all may end up being a moot point: the Supreme Court is in the middle of examining Missouri’s similar ban on government aid to religious groups, based on whether or not a church could receive a state Department of Natural Resources grant to fix its playground.