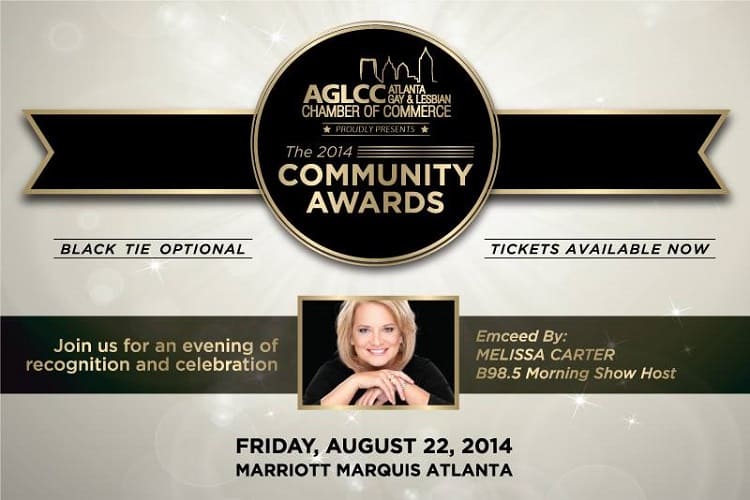 The Atlanta Gay & Lesbian Chamber of Commerce (AGLCC) announced the nominees for their 16th Annual Community Awards, and we are excited to announce that two members of the GA Voice team have made the list!

GA Voice Publisher Tim Boyd and Editor Dyana Bagby have been nominated for business man and woman of the year, respectively.

The awards will take place Friday, August 22, 2014 at the Marriott Marquis Hotel and will be hosted by GA Voice columnist and B98.5 Morning Show host Melissa Carter. The winners will be determined by an AGLCC member survey.

“We look forward to celebrating the achievements that both the AGLCC and our nominees have accomplished this year,” said AGLCC President Andria Towne in a press release. “We have an amazing group of businesses, business professionals, non-profits, and corporate allies to recognize here in Atlanta. The Community Awards Dinner is our time to honor the successes our community has had, and to empower each other to continue striving for the growth and advancement of the LGBT business community both locally and nationally.”