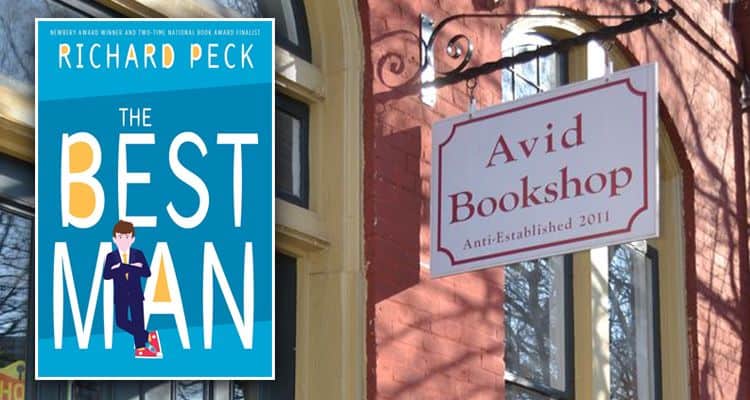 “The Best Man” is the story of a middle school boy with four male role models, two of which decide to get married.

On March 7, “The Best Man” was part of a display of Georgia Children’s Book Award nominees at the Athens Academy book fair put on by Avid Bookshop. Just as quickly as that display went up, however, the book came down.

“A parent came up to my co-worker, Kate, and he grabbed the book and started asking about the age level. She thought he was asking about the reading level,” said Caleb Huett, queer children’s book author and manager at Avid Bookshop. “Then he started saying things that made it clear he was talking about the content of the book.”

Though administrators and Avid’s owner came to a compromise — “The Best Man” could be displayed out of reach of children — Huett said by that point, he and other queer members on staff felt uncomfortable and unwelcome. After further communication with school administrators, the decision was made to end the book fair.

“’The Best Man’ was not part of a pre-approved list for our PreSchool [and] Lower School book fair,” Alan Weiler, director of finance and operations for Athens Academy, told Georgia Voice. “’The Best Man,’ which is recommended by its publisher as being for ages 9 and up, has been part of our Middle School library collection since it was published, along with other similar titles.”

To be approved for sale at the book fair, a list of books is presented to Athens Academy leadership.

“The fair was for children ages 3 to 9, so we expect our parents to have more control over what their children purchase. It was pulled from the reach of the children shopping after several parents stated they would prefer to control when they had conversations with their young children,” said John Thorsen, head of school at Athens Academy. “In the moment, we saw it as being responsive to our parents. We certainly did not intend to make anyone feel marginalized by this decision. We are a diverse and inclusive community and deeply regret that anyone has been hurt by this incident.”

In addition to children’s books, the book fair offered an adult section, as well as young adult books for ages 9 and up. Out of those, “The Best Man” was the only one requested to be removed, Huett said. To his knowledge, it was the only picture book with LGBTQ themes at this fair.

Thorsen said this is the first time any sort of situation like this occurred — it’s usually the opposite.

“A few years ago, our board dismissed a request from someone asking that a book, ‘And Tango Makes Three,’ to be removed from our Lower School library. The board responded that, based on our mission and operating principles, we do not censor books,” Thorsen said.

‘Athens Academy does not support censorship’

“This has been very, very difficult for our community, as we have been portrayed in such a harsh manner. That being said, we will be working hard to be better than ever for everyone in our community going forward,” Weiler said.

In an apology letter Thorsen issued, he called the book fair incident “an anomaly” and “a deeply regrettable set of circumstances that is not consistent with our welcoming, safe and inclusive environment.” The letter states that “Athens Academy does not support censorship or discrimination in any form.”

Thorsen indicated in his letter that Athens Academy will continue to partner with Avid, though he told Georgia Voice “it is too raw for us to broach this subject at this time.” Both Athens Academy and Avid leadership indicate that they hope to learn and grow from this experience moving forward.

“If this truly is an apology, I am super excited about that,” Huett said of Thorsen’s letter. “If they are a school committed to supporting their queer kids, that’s awesome.”

Huett said the most disturbing part of the incident for him was the quickness in which Lower School administrators responded to the parent by immediately pulling the book without any other discussion. Avid later responded by holding an in-store benefit sale with proceeds benefiting the Athens LGBTQ Youth Group.

“It seemed obvious to them that ‘the path of least resistance’ was to take the book away. I think the problem here in general is too often, the easiest answer is to capitulate to the people who already have the power and the people who complain about the marginalized groups,” Huett said. “[I hope] the next time that decision will be a lot more difficult, and next time the queer kids and the queer books will have a little bit of armor.”

I sent this note today to our bookselling friends at Avid in Athens, GA.

Just when I thought my book was being taken entirely too calmly, you at Avid took your principled stand.

I thank you for not knuckling under and in the hope that your well-timed actions will inspire other stores and provide any number of teachable moments in classrooms far from Athens.

I thank you as the former teacher I was. I thank you in the names of all the gay members of the book banners’ extended families.

With love to all there,