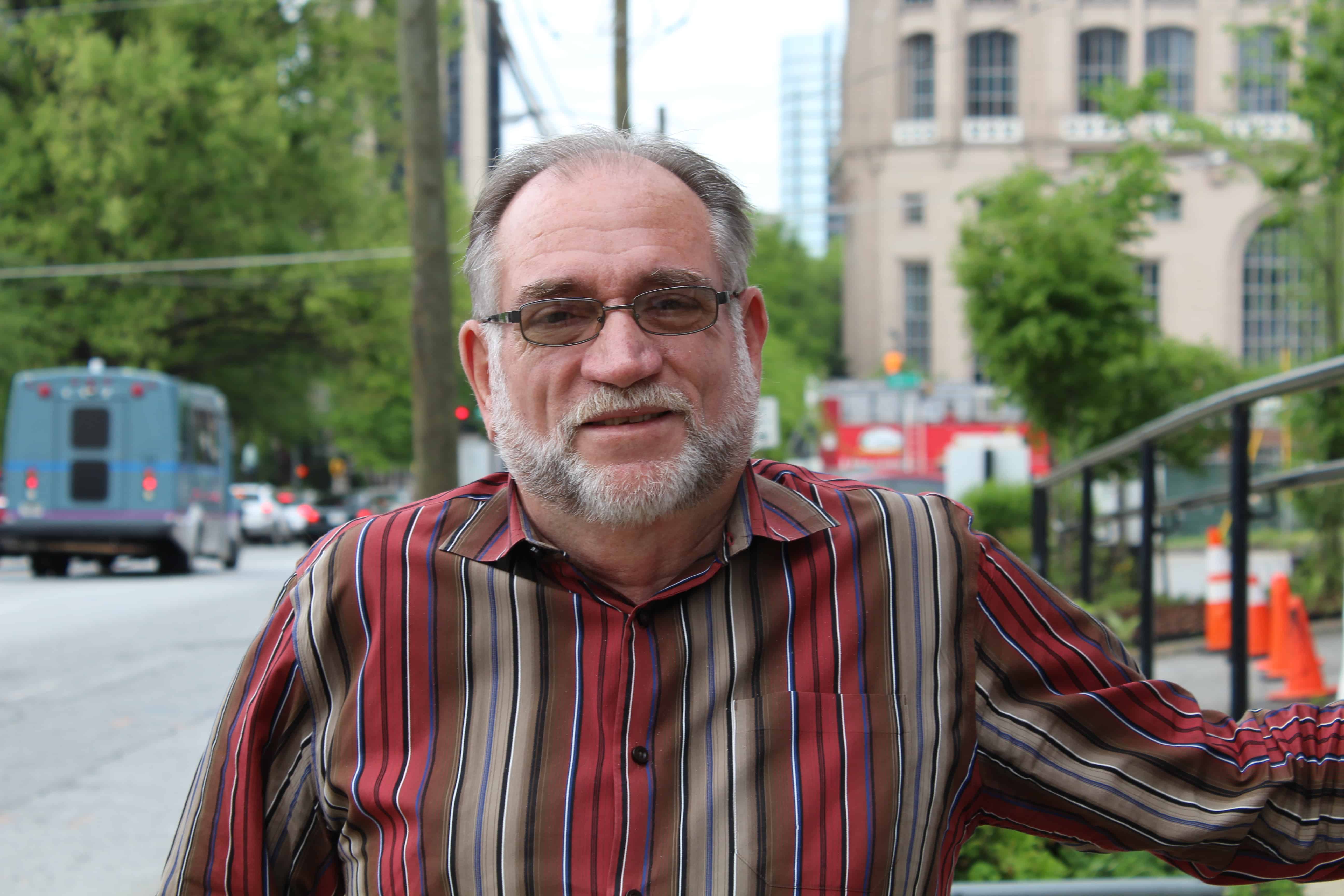 Paul Plate’s voice crackles through the phone as he drives through the North Georgia mountains on the way to Short Mountain, the Tennessee sanctuary owned by the Radical Faeries, to take part in a weekend-long Native American ritual and dance.

“It’s just remarkable and life affirming and life altering and all of those things,” Plate says of the event. He uses similar words to describe his time at Positive Impact, the HIV/AIDS service organization he co-founded in 1993.

Later this month, Plate will be retiring after 22 years as the agency’s executive director, an occasion that will be marked by a party in his honor on April 25 at The Commerce Club.

But the 66-year-old Bronx native won’t be going far, as he plans to stay on as a consultant when the organization merges with AID Gwinnett to become Positive Impact Health Centers.

Plate explains his path from college in West Virginia to Atlanta, to receiving an HIV positive diagnosis in the early 1980s, to the origins of Positive Impact, to what he’ll do next and more.

So, Paul, how did you make your way to Atlanta?

This was a long time ago, so there wasn’t a lot of opportunity for gay men to experience their lives openly. A friend of mine was with Youth For Understanding, which was an international student exchange program. They had two regions open, San Francisco and Atlanta, and I chose Atlanta because I’m afraid of earthquakes [laughs]. So I came to Georgia in 1979 to be regional director of Youth For Understanding.

When did you come out to your parents?

For me telling my family at the parental level was because of the HIV diagnosis and being scared and wanting them to know all of who I really was. But I never felt like I needed to hold it in their face. I was diagnosed early on, in 1983.

What was that time like after you were diagnosed, as it turned into a full-blown epidemic?

It really was … frightfully—I wanted to say another word beginning with f—frightfully scary. Sometimes I get tired of people telling the war stories, however I’m feeling really emotional right now with you talking to me because I was working with another agency in town who I don’t like to say the name of. When I became the budget coordinator, we had 22 clients and one-and-a-half staff members and we were the only agency in town.

We were doing things that people should never have to do. We were going to places and meeting ambulances and tricking them into picking up clients and taking them to the hospital. They were so frightened because it wasn’t clear what the mode of transmission was and how risky these kinds of things were.

The first wave was dealing with major crises in the community and in the early 1990s we began to have the second wave of organizations where we said, ‘Now that we’re taking our breath a little bit, what do they really need to be successful in their lives?’ And we started saying, well, they needed mental health.

So I got to become the director [of Positive Impact] where we could say to folks, you can feed them all you want, you can house them all you want but if they’re not set emotionally, psychologically, you’re not exactly wasting your time and money but pretty much so.

So I can say that one of the things I’m most proud of in my life was that we started out as a community where mental health was an ancillary service for only people who could afford it and then got to the point of the community saying, ‘Mental health is the primary service that we need.’

What do you want to do next?

I don’t want to leave this totally right now. I think I’ll be working with Positive Impact Health Centers one year, maybe two years depending on what the projects are but not full time, just situational. I need a break. I need to rest and rethink some things. I need to work in my garden more which is really good for me.

I need to spend time in Costa Rica. There’s an ashram there that has been really helpful to me spiritually and I want to go back there. I completed a third level of tai chi and I haven’t been doing that for like four or five years now and I want to go back to that. And I see animals in my future but I’m not exactly sure how, maybe animal rescue type of work.

What will you miss most about the job?

I have had the blessing and I’m so grateful—and I am not one that says ‘blessing’ and ‘grateful’ and ‘joy’ very easily—but when I’m looking at retirement I’m thinking, ‘Holy shit! I have spent my life creating and encouraging other people with me to create new things and over the years we got more and more people to do the most amazing things.’

So my life is just enriched every single day with creativity and energy and new thought and intelligence and possibility and all those things that you get to be part of every single day. That energy and that insight is so nurturing that I can’t imagine what my life would be like without it.