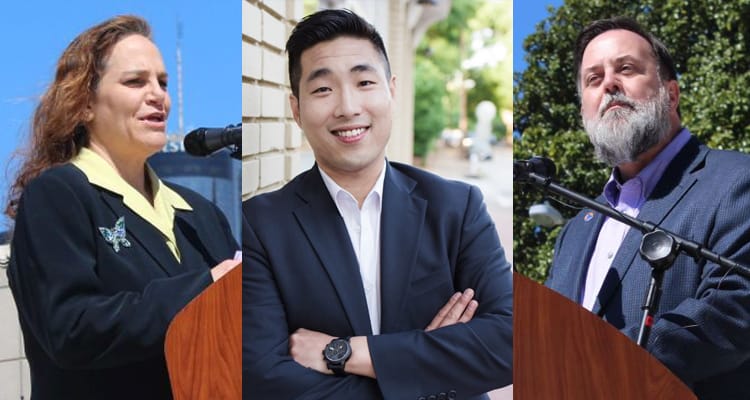 In the days and weeks following Donald Trump’s defeat of former Secretary of State Hillary Clinton in this year’s presidential election, donations poured into LGBT and other progressive groups around the nation in response.

The American Civil Liberties Union (ACLU) reports that they have received over $12 million since Nov. 8. It led ACLU Executive Director Anthony D. Romero to say that the outpouring of support was the highest in the organization’s nearly 100-year history, “greater than the days after 9/11.”

That illustrates how strongly the fear and anxiety about a Trump presidency ripped through various communities, including immigrants and overall people of color, LGBT people and others. President-elect Trump’s ensuing announcements of various troubling appointments to key posts only contributed to those feelings.

Groups in Georgia were not immune, including those in the LGBT Jewish community. Rebecca Stapel-Wax, executive director of the Southern Jewish Resource Network for Gender and Sexual Diversity (SOJOURN), made another reference to a calamitous historical event while talking to the Georgia Voice following the election.

Stapel-Wax compared the days following Trump’s win to sitting shiva, the Jewish ritual following the death of a loved one.

“That’s what it has been like. Sort of mourning the death of hope and unity, or the chance for that,” she tells the Georgia Voice, adding, “And the fear that I think especially in the Jewish community, this is very reminiscent of what happened in the ’30s.

“We know from the Holocaust that it all started with propaganda and stereotyping and that translated into harassment and discrimination, and obviously genocide. So that’s where we go in our heads.”

But as groups like SOJOURN and others throughout the state deal with their own sense of loss, they are attempting to come out of the fog and turn that angst into action.

The number one fear on most LGBT minds was the crumbling of the community’s greatest victory to date: the legalization of same-sex marriage. Georgia Equality Executive Director Jeff Graham points to an analysis of the issue shared by Shannon Price Minter, legal director of the National Center for Lesbian Rights, the Monday following the election.

Minter stated that the existing marriages of same-sex couples “are not in serious or immediate jeopardy,” and pointed out that since the five

U.S. Supreme Court justices who were in the majority in the court’s 2015 decision are still on the court, that overturning it would be impossible even if President-elect Trump appointed an anti-marriage equality justice like the late Antonin Scalia, as he indicated he would on the campaign trail.

Minter also said that the Supreme Court rarely overturns an important constitutional ruling so soon after issuing it, and that the constantly growing public support for marriage equality across the country would make overturning it an even smaller possibility.

However, Graham says that doesn’t mean there aren’t other fears, including President-elect Trump’s pledge to undo President Obama’s executive orders, many of which involve LGBT protections in employment and housing.

“There have been so many gains that the LGBT community has made under the Obama administration,” Graham says. “So the fear that we could lose so much of that is very, very real.”

A bright spot to latch onto in Gwinnett

The openly gay Korean-American became the first openly gay man elected to the Georgia Legislature, and the state’s LGBT community quickly latched onto the news, with Georgia Equality’s email and the Georgia Voice’s ensuing story announcing the win skyrocketing across inboxes and social media.

“I think clearly folks were looking for some good news as they were seeing some of their worst nightmares playing out on their TV screens,” Graham says.

Graham adds that he’s been inundated with people asking how they can get involved and be a part of what happens for the state’s LGBT community in the coming year.

“I do think that folks are working through their grief, their anger and their fear and having a greater sense that we need to be active and we need to be able to stand up for ourselves,” he says.

And with Park’s win coming in the same year as the election of Park Cannon, a queer African-American woman, to the Georgia Legislature, he says a deep bench of young leaders is forming to join lesbian state Representatives Karla Drenner and Keisha Waites as well as other LGBT leaders throughout the state.

“[Sam Park and Park Cannon] truly represent what I feel is the new Georgia, that is very, very diverse,” he says.

‘I think an opportunity exists’

As to what the LGBT community can do going forward, SOJOURN head Stapel-Wax mentioned a friend who is now expressing a desire to entire politics.

“That makes a difference is really being visible. If we actually share our experiences, that’s how peoples’ minds get changed,” she says. “But also to reflect on your own biases. I think we do so little in really examining what our motivations are and what our priorities are and how we interact with people. Those kinds of things are really critical along with self-care. Volunteer and have conversation. You just can’t shy away from discomfort. You can shy away from threats in terms of being safe, but discomfort is something that will only help us grow.”

While acknowledging the same fears and anxieties of many, the LGBT community’s next young leader, 31-year-old Sam Park, echoes Stapel-Wax’s thoughts on intersectionality.

“I think an opportunity exists moving forward for some of our communities, whether it’s the LGBT community or another community that feels the same way and has that anxiety of what may happen next, there are opportunities for us to work together to build coalitions to ensure our mutual objectives of what we care about. That desire for all of us to be treated with equal dignity and protections under the law … that is something that gives me hope.”