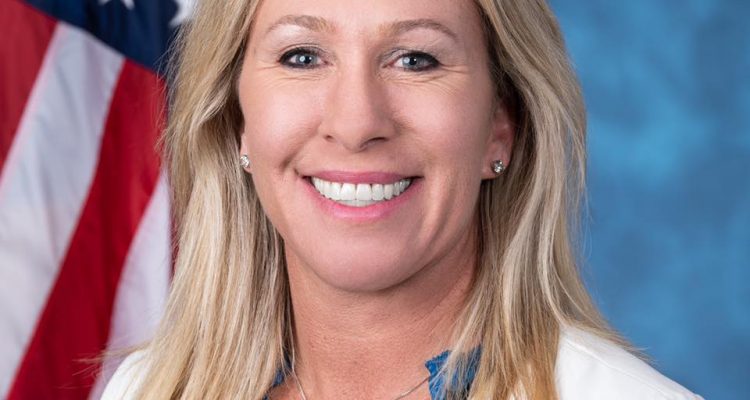 In an appearance on Alex Jones’ podcast Infowars, Greene said she was “100%” going to write a bill banning discussions of LGBTQ people in schools receiving federal funding.

“Are you going to write a bill, are you going to introduce a bill because you’ve got the power to do it?” Jones asked. “We would all get behind a bill to pull federal funding out of any school that sexualizes children.”

“Absolutely 100%,” Greene responded. “I will meet with my team right after this interview and we will work on it, Alex, because I will do anything I can to protect kids.”

“I only want allies,” she continued. “If someone doesn’t like me or my legislation, who cares?”

Greene has a long anti-LGBTQ history. She got her political start by protesting drag queen story times and has been outspoken against the transgender community, even going so far as to call trans parents child abusers and posting an anti-trans sign outside of her office.