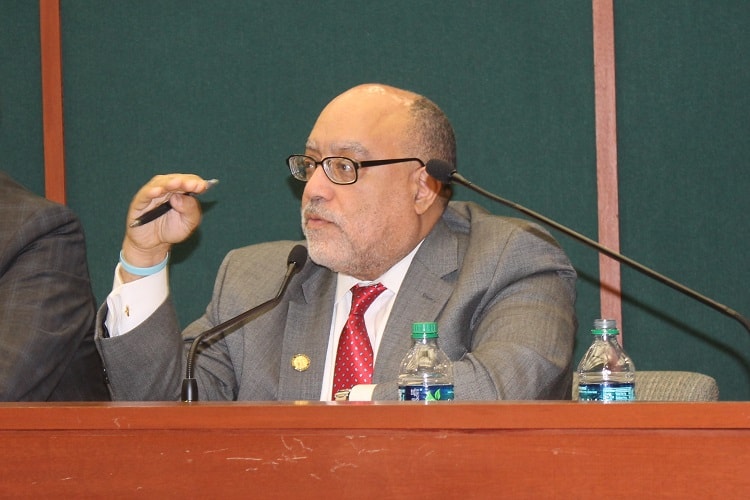 While SB 129, state Sen. Josh McKoon’s (R-Columbus) so-called “religious freedom” bill, has gotten all the attention during this year’s Georgia legislative session, there were several other bills proposed that affect the LGBT community. Unfortunately, the chances are slim that any of them will pass.

That’s because none of the bills made it through Crossover Day, the last day a bill can pass in one chamber and go over to the other chamber before the end of the session, which is tentatively set for April 2.

However, even if a bill doesn’t survive Crossover Day, there are other ways of getting it to pass. For example, the bill could be added as an amendment to another one, or either chamber could vote to suspend the rule about Crossover Day.

Drenner’s employment bill not dead yet

There is still a chance of it being attached to another piece of legislation, although that can often result in a watered-down version of the original bill.

Drenner told the Georgia Voice that the bill is not dead, so it remains to be seen if third time’s the charm, as she earlier proposed the bill in 2012 and 2013. If some form of the bill doesn’t pass this year, it appears it will require a major shift in the makeup of the Republican-controlled legislature for it to become law any time in the near future. This year’s version was the strongest yet, with 77 co-sponsors, including one Independent and 17 Republicans.

Fort’s hate crime bill fails to get a hearing

Georgia is one of five states without a hate crimes law on the books, and LGBT ally state Sen. Vincent Fort (D-Atlanta) tried to do something about that this year, proposing SB 47, which would provide for enhanced punishment for crimes involving bias or prejudice, including such crimes based on sexual orientation or gender identity.

We caught up with Sen. Fort at the March 17 rally against the “religious freedom” bill, and he confirmed that SB 47 is dead, bemoaning how much things have changed in the legislature in recent years.

“I got a strong, gay-inclusive hate crimes bill out of the Senate Judiciary in 2005/2006 and it’s to the point now where it doesn’t even get a hearing,” he said.

Waites, Bell looking to next year

Lesbian state Rep. Keisha Waites (D-Atlanta) authored both an anti-bullying bill and an HIV testing bill, and she confirmed neither will pass this year.

Waites says cost was cited as a factor in the failure of both bills to pass, but she plans to reintroduce the anti-bullying bill in the 2016 session, even if she’s not the bill’s author.

“I am so cool with not being the quarterback,” she says. “I’m looking for a Republican to carry the conversation but it is what it is.”

Lesbian state Rep. Simone Bell (D-Atlanta) introduced HB 142, a bill that would have ensured schools receiving funding from student scholarship organizations do not discriminate based on race, religion, sex, national origin, disability, sexual orientation or gender identity. It did not make it out of the House by Crossover Day and Bell was not available for comment by press time.