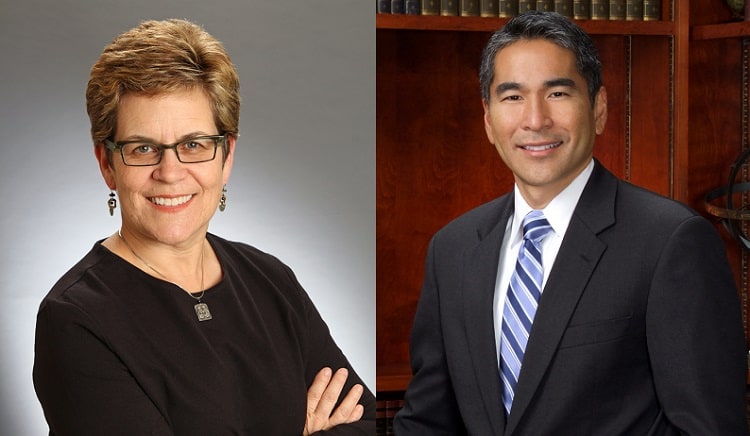 Will Atlanta get its first gay mayor in 2017?

Georgia political blog the Peach Pundit is up with a report on the six potential candidates reportedly telling supporters that they’re making a run to succeed Mayor Kasim Reed, as he will have reached his two-term limit by then.

1. City Council President Caesar Mitchell —  a logical progression after two terms as Council President
2. Fmr. Council President Cathy Woolard — she was the first openly-gay Councilwoman and has spent several years as a lobbyist
3. Councilwoman Felicia Moore — although I’ve heard she’s being groomed for Council President; an odd job for which to be groomed as it doesn’t really do anything
4. State Rep. Margaret Kaiser — she would probably be one of the more formidable candidates right out of the gate
5. Kwanzaa Hall — I’ve heard people complain that all he does is promote himself, something he does extremely well
6. Councilwoman Mary Norwood — she really wants to be mayor and had a strong showing in 2009

If either were elected, they would of course become the first openly gay mayor in Atlanta history. They would join the two other out gay mayors of major U.S. cities–Annise Parker out of Houston, who was elected in 2009, and Ed Murray, who was elected mayor of Seattle last November.

We’ve reached out to both Woolard and Wan for comment and will update the story as soon as we hear back.

UPDATE 1:35 p.m.: Atlanta City Councilman Alex Wan followed up with us just now and had this to say. “Whoever wrote that admitted that it’s so speculative. It’s still four years out. I’m overwhelmed with what all I have to do right now to even think about 2017. It’s not on my radar but it’s funny that people are putting me on the radar. It’s flattering but just so much can happen over the course of a year, two years, three years. Peoples’ situations change, political environments change. There clearly are people who are already starting for 2017 and that’s great for them.”

UPDATE 5:48 p.m.: Former Atlanta City Council President Cathy Woolard responded to our request for comment. “It’s way too early to begin speculating about the 2017 Mayoral Campaign.  It’s certainly nice to be noticed, but I’m focused on growing my business right now and working really hard on this election and hoping for some big wins here in Georgia!”