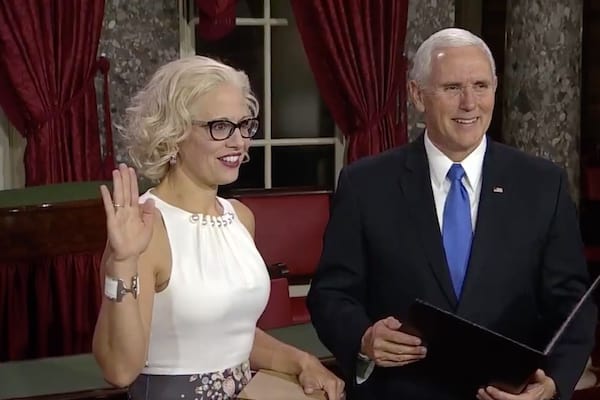 Kyrsten Sinema (D-Ariz.) was sworn into the United States Senate by Vice President Mike Pence on Thursday but her ceremony had an unconventional twist.

Sinema, who is the first openly bisexual person elected to the U.S. Senate, didn’t place her left hand on a bible as per tradition. Instead, she used a book obtained from the Library of Congress which includes both the U.S. and Arizona constitutions.

The Pew Research Center for Religion & Public Life states that Sinema is the only member of Congress that identifies as “religiously unaffiliated.”