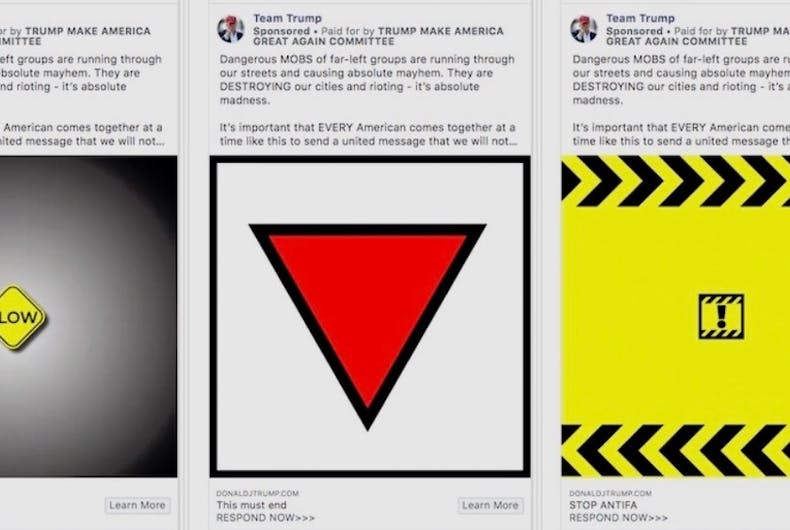 The ads, which were removed Thursday (June 18) because they violated Facebook’s policy against “organized hate,” gained about 950,000 and 500,000 impressions on Trump and Pence’s personal Facebook pages, respectively, according the Washington Post.

The triangle accompanied an ad against the “dangerous mobs” of ANTIFA (anti-fascist) activists, who the administration has sought to label a terrorist organization.  Tim Murtaugh, a spokesperson for the Trump campaign, claimed that the red triangle was an ANTIFA symbol; however, the Post reports that anti-fascists often use the symbol of “two flags, one red and one black, enclosed in a circle.” 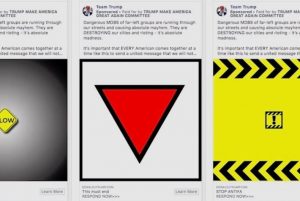 The upside-triangle was used by Nazis to label both gay prisoners and members of anti-Nazi organizations, like communists and Freemasons. The pink triangle has since been reclaimed by many LGBTQ people.

The Trump administration has admonished ANTIFA because of their supposed participation with looting and rioting across the country associated with protests against police brutality, but according to police records ANTIFA has had little involvement with the protests.