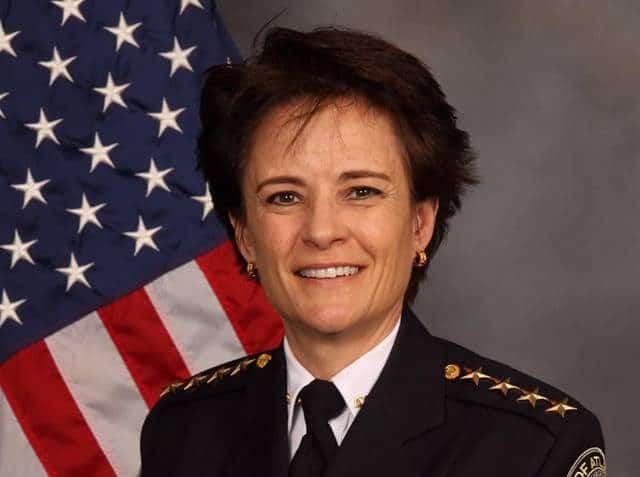 Openly LGBTQ Atlanta Police Chief Erika Shields was elected to represent the Eastern Region on the board of directors for the Major Cities Chiefs Association, according to the Atlanta PD website.

The association is made of police executives that represent the largest cities in the U.S. and Canada.  Its primary responsibility is to provide a unique forum for urban police, sheriffs, and other law enforcement chief executives to discuss problems and share information and problem-solving strategies.

Shields was appointed as Chief of the Atlanta Police Department in December 2016 after serving on the force since 1995. She’s only the second woman ever to hold the position.

“It’s an honor to help represent the interests of police chiefs all across America and to be a strong voice advocating for the needs of law enforcement in urban areas,” said Shields. “We share many of the same challenges and our ability to clearly articulate our needs and positions is critical to fighting crime and better serving our communities.”

The executive director of the association, Richard W. “Rick” Myers, said they were “delighted” to have Chief Shields join the board. “Her experience and perspective will serve us very well and she is well respected by her peers within the Major Cities Chiefs,” he said.

Shields will serve a two-year term representing the Eastern Region alongside Chief Jim Cervera of the Virginia Beach Police Department.