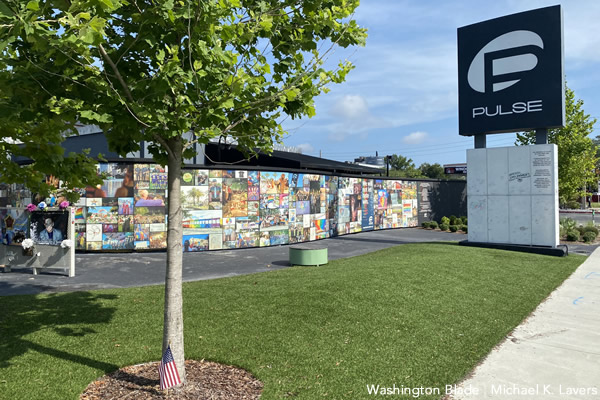 Friday marks four years since a gunman killed 49 people inside the Pulse nightclub in Orlando, Fla.

“Four years have now passed, but our community’s commitment to honoring the 49 angels and supporting the survivors, families of the victims and first responders remains strong,” tweeted Orlando Mayor Buddy Dyer, who was in office on June 12, 2016, when the massacre took place.

Four years have now passed, but our community’s commitment to honoring the 49 angels and supporting the survivors, families of the victims and first responders remains strong. https://t.co/gQPkfjRmHR

The onePULSE Foundation, a group founded by Pulse owner Barbara Poma that is planning to build a permanent memorial, on Friday will hold a virtual ceremony to honor the massacre’s victims. The coronavirus pandemic prompted organizers not to hold an in-person commemoration this year.

“We are grateful for the tremendous support of the community and would love nothing more than to have our community members join us in remembering our 49 Angels, and honoring our survivors and first responders, but we must prioritize the health and safety of the public, the Pulse community, and our employees,” said Poma in a statement. “We ask the community to join together again, in a different way this year, as a symbol of strength and solidarity in the face of tragedy, forever proving: We will not let hate win.”

Nearly half of the massacre’s victims were LGBTQ Puerto Ricans.

San Juan Mayor Carmen Yulín Cruz has ordered flags in her city to be lowered to half-mast. Pedro Julio Serrano, founder of Puerto Rico Para Tod@s, a Puerto Rican LGBTQ advocacy group, on Friday visited a memorial in a San Juan park that honors the victims.

“Love always wins — always,” said Serrano in a tweet that shows him visiting the memorial.

The massacre at the time was the deadliest mass shooting in modern U.S. history. It also renewed calls for gun control in the U.S.

An interim memorial has been built at Pulse, although it is closed on Friday.