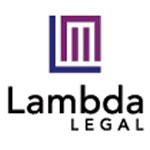 The Defense of Marriage Act, a 1996 law that prohibits the federal government from recognizing same-sex unions, has been ruled unconstitutional by Judge Jeffery White of the District Court for the Northern District of California.

The ruling, handed down this afternoon, finds that the law violates the equal protection clause of the United States Constitution.

“The Court finds that DOMA, as applied to Ms. Golinski, violates her right to equal protection of the law under the Fifth Amendment to the United States Constitution by, without substantial justification or rational basis, refusing to recognize her lawful marriage to prevent provision of health insurance coverage to her spouse,” states the ruling by Judge White, who was appointed to the federal bench by President George W. Bush.

“Accordingly, the Court issues a permanent injunction enjoining defendants, and those acting at their direction or on their behalf, from interfering with the enrollment of Ms. Golinski’s wife in her family health benefits plan,” it states.

The case challenged only Section 3 of DOMA, which defines “marriage” as “only a legal union between one man and one woman as husband and wife” and “spouse” as “only to a person of the opposite sex who is a husband or a wife” for the purposes of federal law. Other important sections of DOMA include Section 2, which allows states not to recognize same-sex marriages performed by other states.

Golinski was represented by Lambda Legal and the law firm of Morrison & Foerster.

“The demise of this discriminatory statute is long overdue, and the court’s ruling today makes that clear,” said Rita Lin, associate at Morrison & Foerster, said in a press release. “DOMA produces circumstances where certain federal employees are compensated differently than their coworkers because of their sexual orientation. That’s unconstitutional.”

The law was defended in court by the Bipartisan Legal Advisory Group of the United States House of Representatives after President Obama’s Department of Justice declared that it believed Section 3 of DOMA to be unconstitutional and would no longer defend it in court, although the federal government would continue to enforce the law until it was overturned through either Congress or the courts.

“This ruling, the first to come after the Justice Department announced it would no longer defend this discriminatory statute in court, spells doom for DOMA,” said Tara Borelli, staff attorney in Lambda Legal’s Western Regional Office in Los Angeles.

DOMA not needed to ‘defend’ marriage

Today’s decision disputes many of the justifications for DOMA cited by Congress when the law was approved in 1996, and reiterated by BLAG, including that banning gay couples from marrying is necessary to encourage procreation and child-rearing.

“It is undisputed that same-sex parents can and do have and adopt children. The denial of federal recognition of valid same-sex marriages under state law does not alter parental rights under state law,” the ruling states. “Rather, the passage of DOMA only serves to undermine providing a stable environment for children of same-sex married couples whose children would otherwise be raised in a household bestowed with all of the federal benefits of marriage, including financial support and social recognition.”

The district court ruling also disagrees with the argument that DOMA is needed for “defending and nurturing traditional, opposite-sex marriage.”

The court also disagrees that DOMA is needed to defend traditional morality, holding that “Basing legislation on moral disapproval of same-sex couples does not pass any level of scrutiny.”

Saving the government money also does not justify not allowing same-sex couples to receive benefits, the court ruled.

That marriage has traditionally been held to mean the union of a man and a woman also does not justify banning federal recognition of same-sex marriage, the court held.

“The argument that the definition of marriage should remain the same for the definition’s sake is a circular argument, not a rational justification. Simply stating what has always been does not address the reasons for it,” the ruling states.

“The mere fact that prior law, history, tradition, the dictionary and the Bible have defined a term does not give that definition a rational basis, it merely states what has been.”

The government also cannot avoid recognizing same-sex couples because it is controversial, the ruling notes.

“Here, too, this Court finds that Congress cannot, like an ostrich, merely bury its head in the sand and wait for danger to pass, especially at the risk of permitting continued constitutional injury upon legally married couples,” the ruling states.

More information as it becomes available.