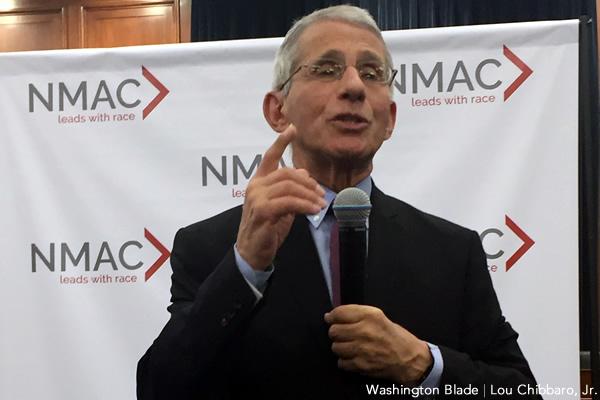 Fauci Confirms U.S. One of Hardest Hit Countries by Coronavirus

Dr. Anthony Fauci on Wednesday confirmed the U.S. remains one of the countries hardest hit by the coronavirus pandemic.

“Unfortunately for the United States we have been hit more hard than virtually any other country on the planet,” he said during a presentation he made at the Infectious Diseases Society of America’s virtual conference.

Fauci said the coronavirus pandemic is the world’s deadliest pandemic since the so-called Spanish Flu pandemic of 1918.

“As of two days ago, the numbers have been stunning,” said Fauci, referring to the coronavirus pandemic.

The virtual conferences are taking place against the backdrop of widespread criticism over the White House’s response to the pandemic.

President Trump, who announced on Oct. 3 that he had tested positive for the coronavirus, is once again appearing at public events without wearing a mask and practicing social distancing. Trump on Monday, among other things, described Fauci as a “disaster” during a conference call with re-election campaign staffers.

Racism is a ‘public health challenge’

Fauci has previously said it remains unclear whether people with HIV are more vulnerable to the coronavirus.

Fauci on Wednesday noted the pandemic continues to disproportionately impact Black people, Latinos and Native Americans because of socio-economic disparities and a lack of access to health care. Fauci has also noted people with HIV who have underlying health conditions could be more vulnerable to the coronavirus.

The U.S. Conference on HIV/AIDS, which had been scheduled to take place in Puerto Rico, on Monday opened with an acknowledgment of the Black Lives Matter movement and transgender women who have been killed in the U.S. Paul Kawata, executive director of the National Minority AIDS Council, which organizes the conference, in a video he recorded at the Lincoln Memorial Reflecting Pool said NMAC “wanted to talk about how we believe that racism is a public health challenge.”