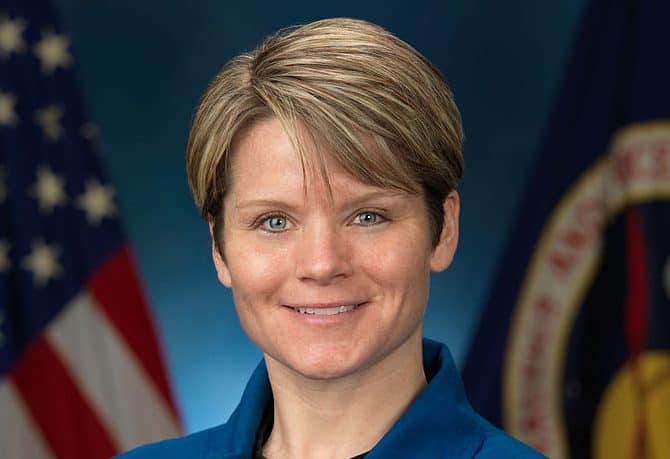 NASA announced at the beginning of the month that they would be ringing in Women’s History Month with an all-female spacewalk outside the International Space Station. Now, because of problems with spacesuit sizes, the walk will no longer be all-female, with lesbian astronaut Anne McClain replaced by a male astronaut, according to the Washington Post.

McClain and Christina Koch were the astronauts planned to do the spacewalk on March 29. However, Nike Hague will take McClain’s place because both the women require a medium-sized hard upper torso of the spacesuit, of which NASA only has one in “readily usable configuration.”

“It is more efficient to swap spacewalkers than to reconfigure the elements of the spacesuit,” NASA spokesperson Stephanie Schierholz told the Washington Post.

We’ve seen your tweets about spacesuit availability for Friday’s spacewalk. To clarify, we have more than 1 medium size spacesuit torso aboard, but to stay on schedule with @Space_Station upgrades, it’s safer & faster to change spacewalker assignments than reconfigure spacesuits. pic.twitter.com/tPisBHaF2p

According to Schierholz, spacesuits aren’t “one size fits all.”

“Astronauts typically describe spacewalks as the most physically challenging thing they do,” she said. “Working in a pressurized spacesuit requires physical strength and endurance, and it is essential that the spacesuit fits as well as possible.”

While McClain trained in both a medium and a large, she said the medium fit better upon completing her first spacewalk with Hague last Friday (March 22).

What does it take to get ready for a #spacewalk? A LOT!

“I wanted to be an astronaut from the time I was 3 or 4 years old,” McClain said in an interview for NASA. “I remember telling my mom at that time, and I never deviated from what I wanted to be. Something about explorationn has fascinated me from a young age.”