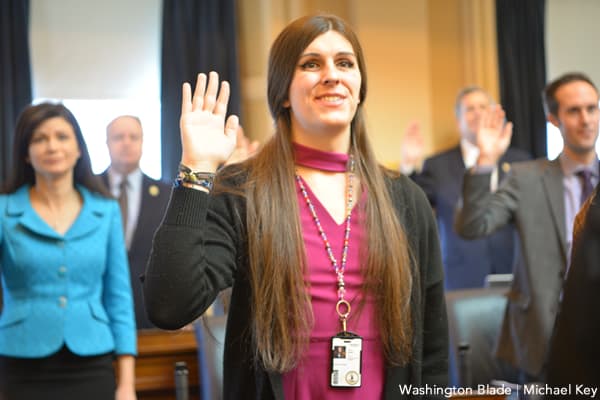 Roem last November defeated longtime state Del. Bob Marshall (R-Prince William County), who was among the most vocal opponents of LGBT rights in the Virginia General Assembly. Roem in January became the first openly transgender person seated in any state legislature in the U.S.

“While at first Danica received international attention because of her groundbreaking win, now she receives coverage because of her deep policy knowledge and the legislation she has advanced that improves the lives of Virginians,” Gonzales told the Blade. “For Danica, her responsibilities as delegate come first, and because of that her political future in Virginia and beyond is promising.”

Baldwin in 2012 became the first out person elected to the U.S. Senate. She won re-election earlier this month.

“Senator Tammy Baldwin began her career as a county supervisor and moved up the political ladder to state legislature the U.S. Congress and then the U.S. Senate,” Gonzales told the Blade. “Danica’s political career is just beginning and we believe she can follow a similarly impressive path. Like Tammy, Danica has inspired so many in our community and we are proud to share this award with her.”