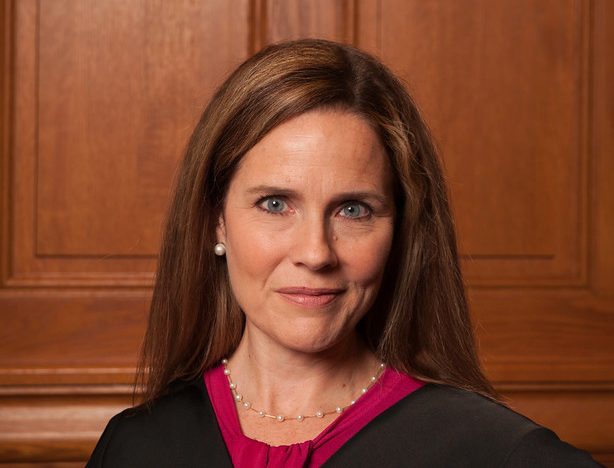 Ruth Bader Ginsburg. What a devastating loss. For her family, for the country, for the rule of law.

We didn’t let her have a single moment of peace in the last years of her life. She didn’t get to retire. She didn’t get to look back on and celebrate her historic and spectacular legacy. Nope. Because millions of Americans voted for a washed-up TV crook masquerading as a businessman, Ruth Bader Ginsburg worked until her dying day.

And now, even though it was literally her dying wish not to be replaced by him and even though a clear majority of Americans think the next justice should be appointed by whoever wins the 2020 election, Trump is getting to choose her replacement. A man who lost the popular vote by millions who leads a party that represents a minority of Americans will have appointed three Supreme Court justices by the end of his first term.

Trump has nominated Amy Coney Barrett, a woman who has benefitted from the glass ceilings RBG has shattered, is poised to follow RBG and to not only reinstall those glass ceilings but make them stronger.

You might be reading a lot of “think pieces” about how we might be able to avoid a Coney Barrett confirmation. We only need four Republican Senators to vote against her! Surely there are four with a conscience!

Ha. Right. If you believe that then you have perhaps been in a coma during the entirety of Trump’s presidency. And for that I envy you.

The Republicans have unlocked the ultimate level of Grand Theft Democracy: stacking the Supreme Court with conservative judges. They will stop at NOTHING to see this through. They don’t even care if, as some pundits have mused, that rushing through a nomination might result in the death of the GOP. But what the fuck do they care? They have stacked the lower courts with Trump appointees, and now they’re taking the Supreme Court. They will have power from beyond the grave and will haunt us for the rest of our lives.

That isn’t an exaggeration. Coney Barret isn’t even 50 years old. A lifetime appointment could be hella long for her. And for us.

“President Trump and his party and Judge Barrett will overturn the Affordable Care Act, and they won’t stop there. They have made clear that they want to overturn Roe v. Wade, and restrict reproductive rights and freedoms,” Democratic Vice President Nominee Kamala Harris said during a campaign stop in North Carolina. “Judge Barrett has a long record of opposing abortion and reproductive rights. There is no other issue that so disrespects and dishonors the work of Justice Ginsburg’s life than undoing the seminal decision in the court’s history that made it clear: a woman has a right to make decisions about her own body.”

But don’t worry. I’m sure Coney Barret will be great for LGBTQ rights, right?

Brian Brown, the co-founder of the National Organization for Marriage, in an email to anti-marriage equality supporters, writes that this Supreme Court nomination could “pave the way for the restoration of marriage to our laws and scrapping the illegitimate, anti-Constitutional imposition of same-sex ‘marriage’ on the nation. It will mean that religious liberty will be restored to its rightful place as a foundational constitutional right, and that the fake ‘rights’ that are constantly demanded by the left – including special rules for homosexuals and the so-called transgendered – will no longer see the light of day.”

Could marriage equality be undone? Well, of course it could, just like Roe v Wade. And if that happens, the right to marry will go back to the states who will once again decide whether or not LGBTQ people are fully human or not.

Brown writes, “You can be certain that LGBT extremists will be doing everything in their power to block this confirmation. It’s imperative that we be on the front lines fighting for control of the Supreme Court by demanding that Republicans support President Trump’s nominee.”

He’s right, of course. Supporters of equality will oppose this nomination with everything we have. Unfortunately, we don’t have very much right now.

On top of it all, we still have a pandemic raging through the country that has claimed over 200,000 lives and a president who is far more concerned about rigging the election by lying about absentee ballots and claiming that he might not give up power if he loses.

It is difficult not to get discouraged. But for those who depend on the highest court in the country for our most basic civil rights: LGBTQ people, women, Black and brown people, immigrants, people with preexisting medical conditions to name a few. We are all in danger.