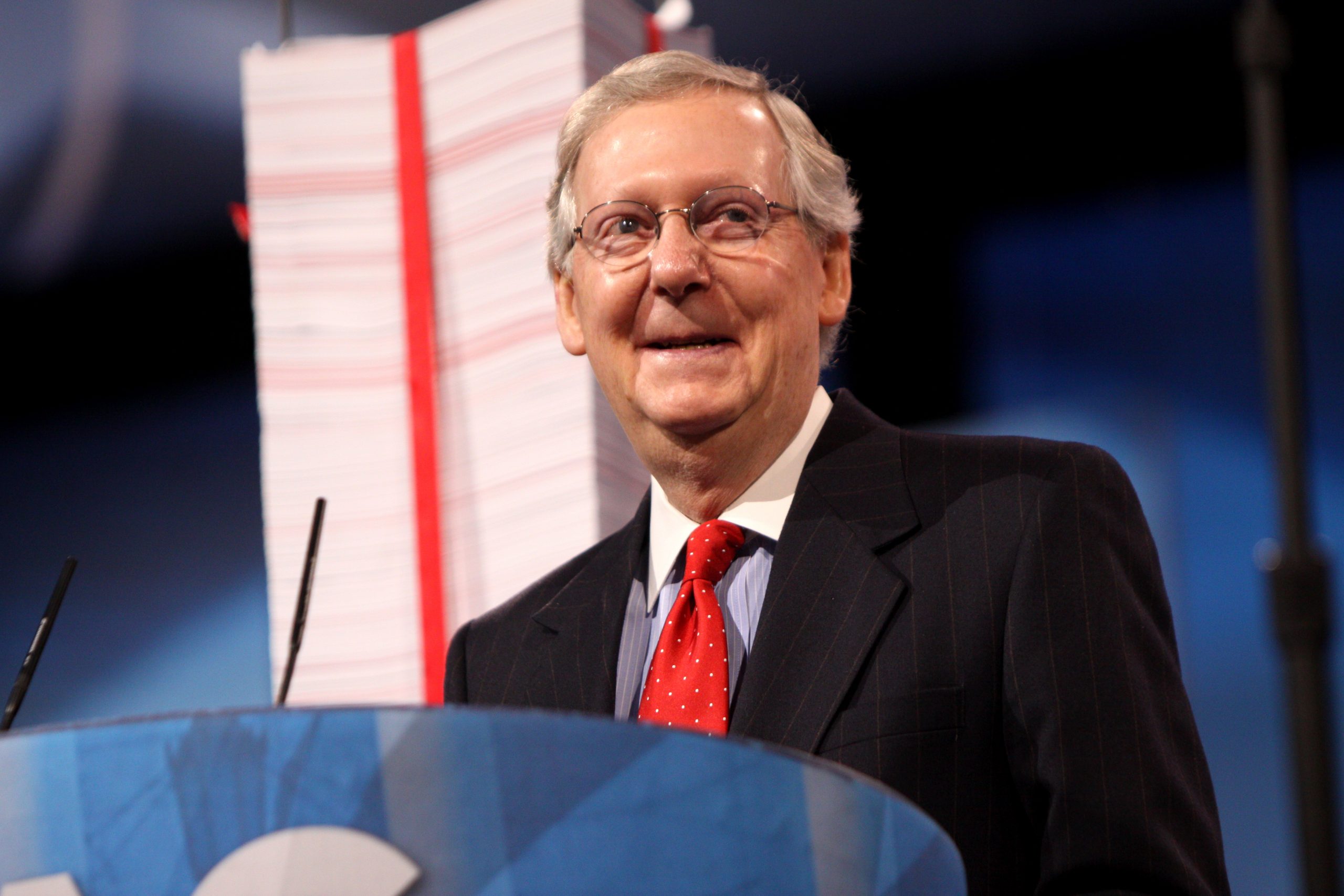 Creep of the Week: Mitch McConnell

The Senate Confirmation Hearing for Amy Coney Barrett was happening, and I watched exactly zero minutes of it because I was practicing self care.

It’s interesting–no, hypocritical–that all Republicans want to do is shout about court-packing as if they haven’t been packing the court with right-wing extremists during every second of Trump’s term. And no, President Obama didn’t leave seats open because he was too lazy to fill them, as Glenn Beck recently said. Those seats weren’t filled because the Senate under Mitch McConnell refused to consider them.

McConnell even said it himself during a 2019 interview with Sean Hannity on Fox News about the number of vacancies: “I’ll tell you why. I was in charge of what we did in the last two years of the Obama administration.” Hannity then tells McConnell he should “take a bow.”

You’ll remember that McConnell refused to hold confirmation hearings for Merrick Garland, Obama’s nominee to the Supreme Court. His reasoning? It was an election year. The next president should choose the next Supreme Court member. Now, of course, we’re not just in an election year, we’re in the middle of an actual election and for some reason McConnell’s reasoning no longer holds.

Once Trump was elected he could nominate a T-shirt with a Confederate flag airbrushed on the front and McConnell would rush the nomination through.

Ugh. Mitch McConnell. How I hate him. Hate him, too? Donate to his opponent, Democrat Amy McGrath here: amymcgrath.com.

As I write this, it is Indigenous People’s Day. I am listening to a compilation of Indigenous metal bands in order to observe this day. Donald Trump, however, chose to observe this day by issuing a proclamation declaring it Columbus Day that begins like a middle school book report and ends like “Mein Kampf.”

The proclamation can be summarized thusly: Italian gentleman Christopher Columbus sailed the ocean blue and discovered America and did absolutely nothing wrong in fact America has never done anything wrong in all of its history and the Native Americans should be thanking us for murdering them they deserved it.

It’s sick stuff. But it is also what a lot of people believe. The idea that America is a white, Christian nation. It isn’t. It never has been. We literally stole it from people who were neither white nor Christian. Hence the whole, “America is a nation of immigrants” thing. Trump would like you to believe that immigrants are violent brown people trying to sneak into the country to do you harm. The majority if immigrants are seeking a better life — which is something Republicans are all about when white people do it. They call it “personal responsibility.”

And there’s Mitch McConnell at the helm of it all.

Wait, you might be thinking, I thought Trump was at the helm of it all.

As if. Trump is a moron who spends most of his day watching Fox News. He is a danger to the country and even to the Republican party. But McConnell is more than happy to aid and abet this president if it means that he can pack the courts with judges who will rule against things like reproductive rights, LGBTQ equality, environmental regulations and racial justice. For decades.

You’ve got to hand it to McConnell: he DGAF. Like, at all. No morals, no ethics, no chin. And he will stop at nothing to get Ruth Bader Ginsburg’s Supreme Court seat filled with a woman who will eagerly undo RBG’s legacy.

And he’ll do it with a smile. Just kidding. He isn’t capable of smiling. He’s capable of moving his lips in a way that imitates a smile and doing this weird thing with his mouth. Just Google “Mitch McConnell smiling” and you’ll see. You’ll see.

It’s because his heart is made of ice.