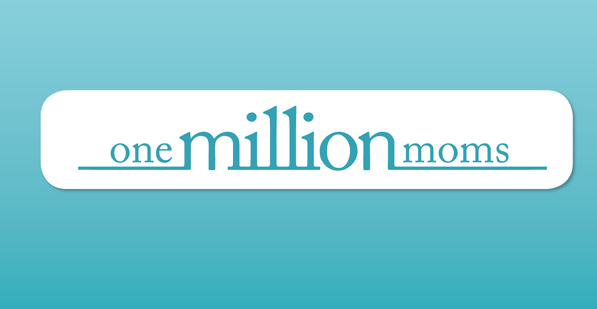 Creep of the Week: One Million Moms

American Girl dolls are pretty ubiquitous these days. These expensive dolls have an endless collection of accessories and outfits that your stimulus check won’t even come close to buying. There are also books. So many books. The dolls have their own history and backstory and kids apparently really dig it. Sounds pretty innocent.

But it is NOT.

Or so say the One Million Moms group that is throwing a fit over Kira, the new American Girl doll.

Apparently American Girl chooses a Girl of the Year each year and makes said girl into a doll? And there’s a book that goes a long with the doll. Kira is the Girl of 2021 and in her book she travels to Australia to help work at a wildlife sanctuary where she gets to bottle feed Koala bears and stuff.

Kira’s transgression? She has lesbian aunts in Australia. Two ladies. Married. To each other! All Kira dolls must be rounded up thrown into a fire in the town square! May they melted down and then used to make something wholesome, like a doll that is actually a Bible.

One Million Moms, which does not actually have one million members, is livid. They are now boycotting American Girl until they do the right thing and kill off Kira’s lesbian aunts in the next book.

Oh, wait. I have that wrong. They want the aunts GONE. NOW. Like, burn the books gone.

In the One Million Moms petition they plead, “Please stick to making innocent dolls and books appropriate for any and all ages and refrain from making political and social statements. I urge American Girl to discontinue its storyline that includes Kira’s two lesbian aunts – immediately.”

You hear that? IMMEDIATELY! Off with their heads.

“I’m not buying into your social agenda to push homosexuality,” the Moms continue. “Your ‘2021 Girl of the Year’ Kira Bailey storyline offends me and many other Christians and conservative families. Your company did not even include a warning so parents would have a heads-up.”

I’m trying to imagine what such a warning would look like: “Rated LA for Lesbian Aunts” or “Parental Advisory: Existence of Lesbians.”

Apparently the Million Moms are upset about some racy illustrations in the book. Come on, Million Moms, I’m sure they’re tasteful nudes.

“Within the first few pages of Chapter 1,” the Moms say, “Kira Down Under includes an illustrated picture of the two women walking down the aisle at their wedding.”

Oh, OK so no nudes then? Just two ladies at their wedding? SCANDALOUS.

“This irresponsible storyline is dangerous to the well-being of our children,” they claim.

It’s exhausting, frankly, to have group like One Million Moms claim that the very existence of LGBTQ people is a threat to children. It’s also astonishing to me that they think if their children never learn about lesbian aunts then they can never become lesbian aunts. Or lesbian uncles for that matter.

Kira’s book also deals with the topic of climate change, something a lot of those One Million Moms probably also find objectionable. Everyone knows that globe warming is a hoax and that forest fires are started by Jewish space lasers (if that doesn’t make sense to you, Google it or ask U.S. Rep. Marjorie Taylor Greene).

One Million Moms helpfully points out that “American Girl could have chosen another storyline or characters to write about and remained neutral in the culture war.”

“If your child has not seen this yet,” they warn, “then make sure she is not exposed to this content. Do all you can to avoid a premature conversation that she is far too young to understand.”

First of all, young people are often the most understanding of two people who love each other. I remember helping out at a Valentine’s Day party when my son was in Kindergarten. While he and another boy cut out heart shapes the other boy asked him, “How come you have moms but no dad?” To which my son replied, “Because my mom married another mom.” And they went on crafting.

“Why can’t the toy manufacturer let kids be kids instead of glamorizing a sinful lifestyle?” they ask on their website. “American Girl is confusing our innocent children by attempting to normalize same-sex marriage.”

It’s really not confusing. Some people are not heterosexual. That’s just a fact. And the existence of LGBTQ people is normal. We’re here, we’re queer—no, seriously, we’re right here.

I’m a mom. And I’m married to a woman. And we love our son very much and the idea that we’re harming him by being his moms is what’s truly offensive here. Would a “Fuck off One Million Moms” be offensive here? Good.

D’Anne Witkowski is a poet, writer and comedian living in Michigan with her wife and son. She has been writing about LGBTQ politics for over a decade. Follow her on Twitter @MamaDWitkowski.