The Georgia Voice Editors
Outspoken
May 14, 2010 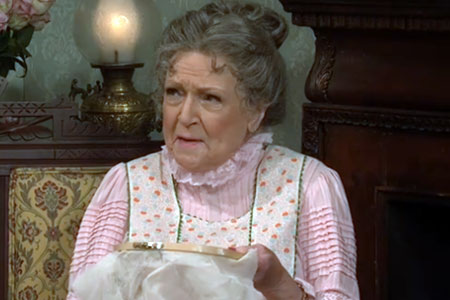 “You know if I could go back in time, I would lez it up 24 hours. Believe me, one thing I would not miss? Balls. Terrible little things.”

— Betty White in the “Gingey” skit, one of several with gay jokes that were part of her May 8 appearance as host of “Saturday Night Live.” (NBC.com, May 8)

“As someone who’s been proudly advocating for equal rights and supporting GLBT causes for as long as I can remember, I know how much it means to young people struggling with their sexuality to see out and proud actors … succeeding in their work without having to keep their sexuality a secret.”

— Actress Kristin Chenoweth, denouncing as “horribly homophobic” an article on Newsweek.com that contended gay actors are not believable when they play straight. (Comments on Newsweek.com, May 7)

“If an actor of the stature of George Clooney came out of the closet tomorrow, would we still accept him as a heterosexual leading man? It’s hard to say. Or maybe not. Doesn’t it mean something that no openly gay actor like that exists?”

“ABC isn’t afraid of gay characters, so why won’t they let them show some love?”

— Argument of the “Let Cam & Mitchell kiss on Modern Family!” Facebook group, which launched May 8 to petition the hit show to let its “adorable gay couple” share a smooch. (New York Magazine, May 9)