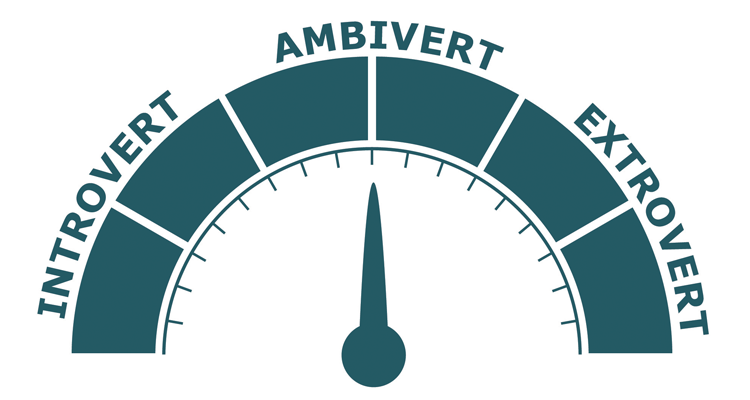 Few folks talk about their personality type as frequently as self-identifying introverts. You’d think social butterflies would be the more outgoing demographic, but extroverts aren’t flooding the internet with memes about how strong, sincere and misunderstood they are.

I attribute the population boom among introverts to a collective confusing of that word with “introspective,” and folks misallocating the virtues of the latter until being a loner is considered a deeper, more authentic existence than enjoying social situations. There’s also a vogue identitarianism that explains the popularity; and like a supposed vegan who loves eggs, dairy and enough animal flesh to start calling themselves a pescatarian, there’s also been a creep among introverts toward identifying as an “extroverted introvert,” or ambivert.

I think all of this used to be known simply as “having a personality,” as most people are able to balance public interactions and privacy without profoundly affecting either their emotions or their energy levels.

So, too, does our body politic have a personality, and many feel a similar urge to pathologize current affairs and politics, to interpret mood swings as indelible character traits. Admittedly, the last half decade has felt exceptionally shitty, but it’s peculiar how both sides in the political and culture wars self-identify as losing ground.

From the left, it feels like a conservative revolution is occurring, with the open carrying of guns and imminent closing of abortion clinics, strategic disenfranchisement and the cleansing of school libraries and curricula; and, from the right, they seem convinced we are lawless invaders of the American way, committed to redefining reality and consigning children to sexual exploitation if they are lucky enough to escape death in utero.

Then there are diagnoses about our zeitgeist that both sides accept: crime is out of control and partisanship is so intense that a vote on the color of the sky would break down by party lines. All of which makes it all the more astounding for Georgia’s GOP-controlled legislature and Republican governor to have delivered one of the biggest LGBTQ wins in the history of our state this month.

Long overshadowed by more palatable goals, the decriminalization of people living with HIV/AIDS has been as much a pillar of the LGBTQ agenda as workplace equality or same-sex marriage. It is overwhelming to comprehend how this victory was achieved during such toxic times, but passage of Senate Bill 164 — which finally allows science to be a factor in determining whether someone is at risk for spreading HIV — by margins of 50-2 in the state senate and 170-0 in the house must be celebrated, and should make us wonder whether hope is as lost as it often feels.

I do not mean to downplay the trauma being inflicted by the heightened assaults on women’s rights and transgender children, nor am I naive to what they foreshadow for other minorities. However, as a progressive I have been on the “winning side” of numerous major court cases, and I’ve laughed as the dire predictions of those who lost failed to materialize.

I can only hope our fate maintains that personality.