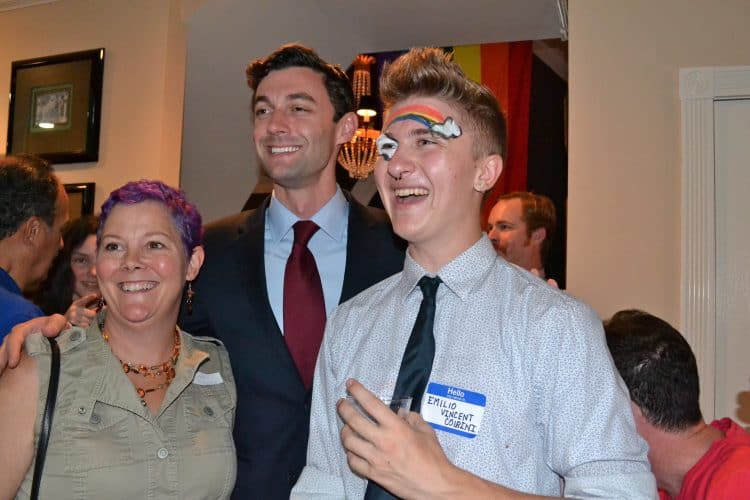 LGBT families from around Georgia’s 6th Congressional District were invited to join the Young Democrats of Georgia Stonewall Caucus for a meet-and-greet with Jon Ossoff on June 9. Ossoff is a candidate running to fill Sec. Tom Price’s vacated seat in Congress, and he faces a run-off election against Republican Karen Handel on June 20.

Ossoff has made it clear he plans to be an ally for the LGBT community, and there is concern that his opponent may not do the same. In the past, Handel flip-flopped on her views regarding same-sex marriage and adoption by same-sex couples, several of whom spoke at the meet-and-greet in support of gay adoption.