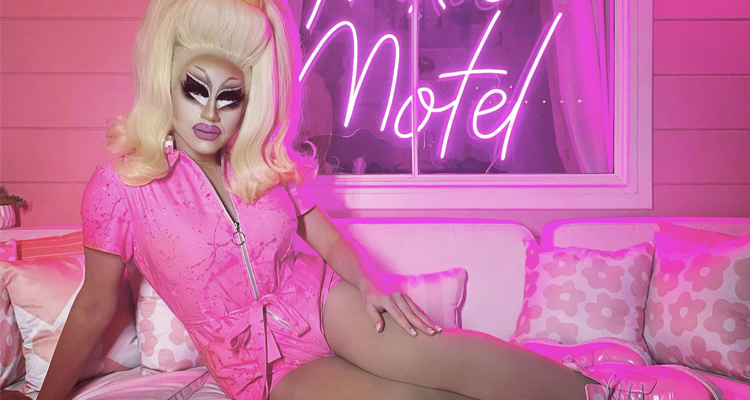 Get Your Binge on This Fall

As the weather gets chilly, there’s nothing better than curling up on the couch and binging a new series. From LGBTQ stories to highly anticipated franchise developments, there’s something for everyone to enjoy this fall.  *Denotes LGBTQ-related content.

After divorcing her husband of 20 years, benevolent but clueless billionaire Molly Novak (played by Maya Rudolph) decides to use her $87 billion settlement to reengage with her charitable foundation and reconnect with the real world. The cast includes ample LGBTQ representation with MJ Rodriguez playing Sofia, the executive director of Molly’s non-profit, and Joel Kim Booster playing Nicholas, Molly assistant-slash-best friend. New episodes every Friday.

Road to the Runway  *

This new docuseries examines the roles that gender, race, socio-economic status, and familial approval play in the lives of young, beautiful women charting their course toward fashion’s latest frontier: the transgender supermodel. The series profiles the twenty hopefuls competing in this year’s annual Slay Model search. “Road to the Runway” is an important reminder that these trans models are more than mannequins: they are daughters, friends, and partners in love, with stories that deserve to be heard.

A League of Their Own *

This comedy series about the WWII All American professional women’s baseball league is a reimagination of the 1992 sapphic cult classic. The show stars queer actress Abbi Jacobson, D’Arcy Carden, Chante Adams, Roberta Colindrez, Gbemisola Ikumel, Kelly McCormack, and Priscilla Delgado. While Jacobson told The Hollywood Reporter that fans can expect a “couple nods” to the film, it will be a “different portrayal” of the story.

Never Have I Ever *

Mindy Kaling’s charming teen comedy returns for a season three. The first two seasons explored the nuanced realities of coming out and navigating queer relationships through Fabiola, and those themes are sure to be explored further in the upcoming season.

House of the Dragon

The latest in the Star Wars franchise, “Andor” details the exploits of Cassian Andor, played by Diego Luna, during the first five years of the rebellion against the Empire.

In this intimate docuseries, Hillary and Chelsea Clinton interview trailblazing women like Kim Kardashian, Jane Goodall, and Megan Thee Stallion about what it takes to be successful in the modern world.

Given current events, Hulu’s adaptation of Margaret Atwood’s dystopian novel is even more frightening. Season five kicks off with June (played by Elizabeth Moss) on the run, having killed Commander Waterford but determined to see through the revolution she started.

Premiering September 21 on ABC and Hulu

Quinta Brunson’s beloved sitcom following the antics of teachers at an underfunded Philly public school returns for its second season! New episodes hit Hulu the day after they air.

The latest from “Midnight Mass” and “The Haunting” creator Mike Flanagan is this adaptation of Christopher Pike’s thriller book series where a group of terminally ill patients at a hospice clinic meet to share scary stories.

The Pitch Perfect franchise is far from over! This spinoff series follows the Barden Bellas’ rival Bumper (played by Adam Devine) as he moves to Berlin to pursue a career in Europop.