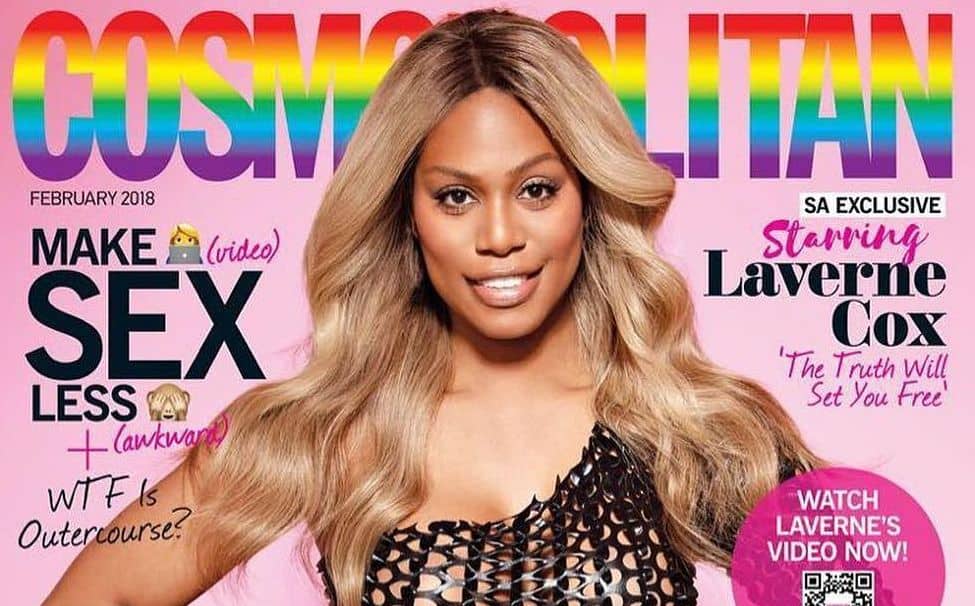 1. The 2018 Oscar nominations were announced this morning. Among the LGBT notables were “Call Me by Your Name,” which got nods for Best Adapted Screenplay, Best Picture and Best Actor for lead Timothée Chalamet; “A Fantastic Woman,” a Chilean film nominated for Best Foreign Language Film, starring transgender actress Daniela Vega; “Coco,” a Best Animated Feature nominee co-directed by openly gay Adrian Molina; “Mudbound,” a Best Adapted Screenplay nominee co-written by openly lesbian Dee Rees; and from “The Greatest Showman,” “This Is Me,” a Best Original Song nominee co-written by openly gay Justin Paul. The 90th Academy Awards airs live on ABC on March 4.

2. Cosmopolitan magazine is getting its first transgender cover model in the form of “Orange Is the New Black”/”Doubt” star Laverne Cox, who graces the South African edition’s February Love-themed issue. “As a black transgender woman, I’ve often been kept a secret by the men that I’ve dated,” she told the magazine. “So when my ex-boyfriend introduced me to his dad and invited me to spend Hanukkah with him and his family, it was the most special thing ever. Trans women deserve to be loved out in the open and in the light.”

3. The Verge notes that a full year after Trump has taken over the presidency, LGBT and civil rights issues remain conspicuously absent from the White House website.

4. Skier Gus Kenworthy is the second out gay man to qualify for the U.S. Winter Olympics team, joining openly gay American figure skater Adam Rippon. Kenworthy, 26, placed second at the final Olympic qualifier for freeski slopestyle. “The Olympics is a cool opportunity to represent our country, which is amazing,” Kenworthy told Reuters. “But I have another community I am competing for, and that is the LGBT community.” The Games begin next month in Pyeongchang, South Korea.

5. VIDEO OF THE DAY: Holland is an out, proud K-Pop sensation taking over the airwaves in conservative Korea. Enjoy his infectious new single “Neverland.”