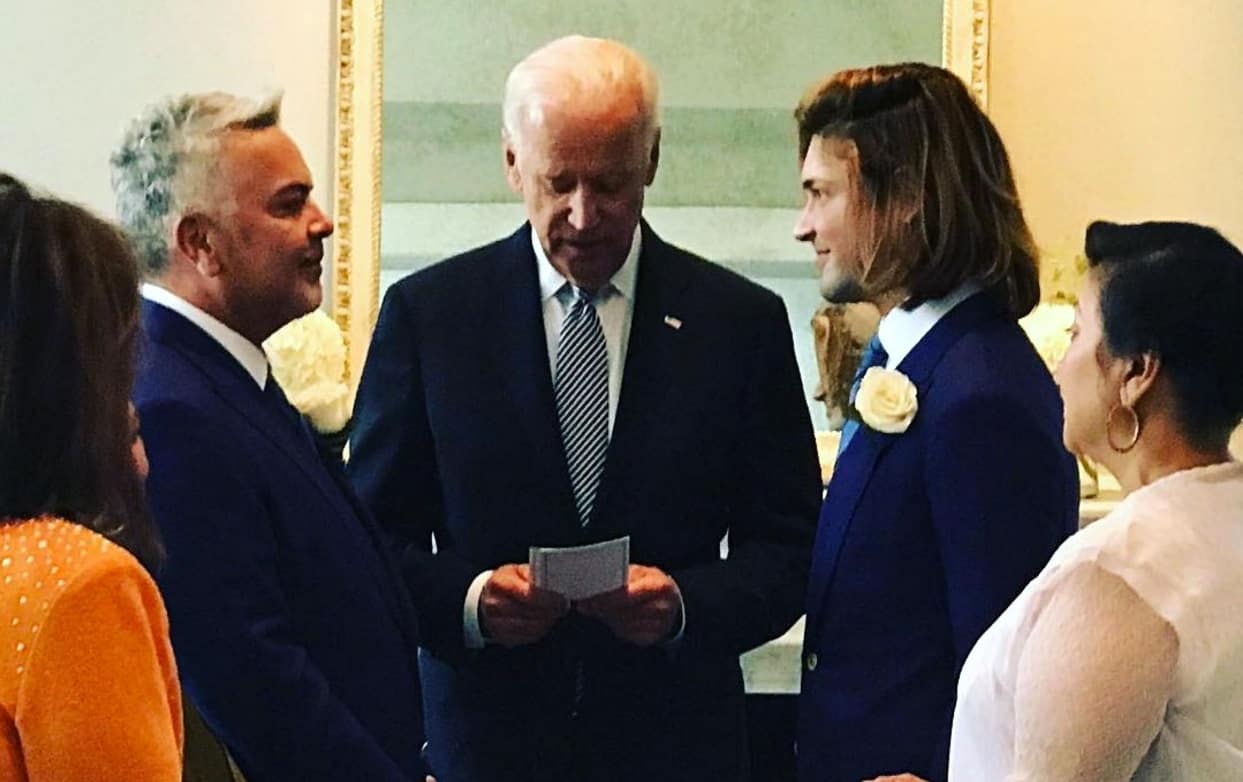 1. A federal appeals court just ruled in favor of Ashton Whitaker, a transgender student in Wisconsin, allowing him to use the men’s room. LGBT advocates say this decision sets precedent for other similar cases facing the legal system.

2. Henry Munoz, the finance chair for the Democratic National Committee, tied the knot recently. Who was his officiant, you ask? Why, none other than former Vice President Diamond Joe Biden, of course!

3. Even small towns can be home to big LGBT advocacy campaigns. The Indianapolis Star takes us to rural Spencer, the smallest place in the country with a LGBT resource center — and a Pride parade.

4. Where do folks who identify as asexual fit in during Pride celebrations? Popsugar investigates, and shares why “aces” may feel left out of the equation, even though they are also a sexual minority.

5. VIDEO OF THE DAY: Have you ever imagined what Taylor Swift’s “Bad Blood would be like if it were a little more queer? No need to dream it up — out songstress Mary Lambert (and openly LGBT actress Sara Ramirez!) did it for you.