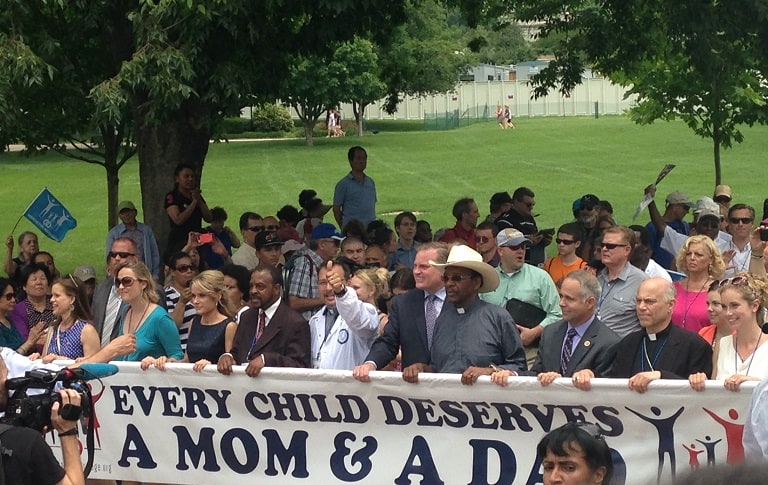 1. Progress. The Presbyterian Church (USA) voted yesterday by a whopping three-to-one ratio to allow same-sex weddings within the church.

2. Twitter had a field day mocking the embarrassing turnout at yesterday’s March for Marriage, organized by the anti-gay marriage group National Organization for Marriage. Our favorite?

3. “I got asked about an issue, and instead of saying, ‘You know what, we need to be a really respectful and tolerant country, and get back to talking about, whether you’re gay or straight you need to be having a job, and those are the focuses I want to be involved with,’ instead of getting — which I did, I readily admit, I stepped right in it.” Texas governor and 2016 presidential candidate Rick Perry admits he goofed when comparing being gay to being an alcoholic earlier in the week. Notice he didn’t apologize for or change his opinion on what he said, but just admits he shouldn’t have said what he thinks out loud.

4. Queerty shows what happens when you send a letter to the American Family Association using the Harvey Milk stamp.